Kudankulam goes ‘critical’ – what next? 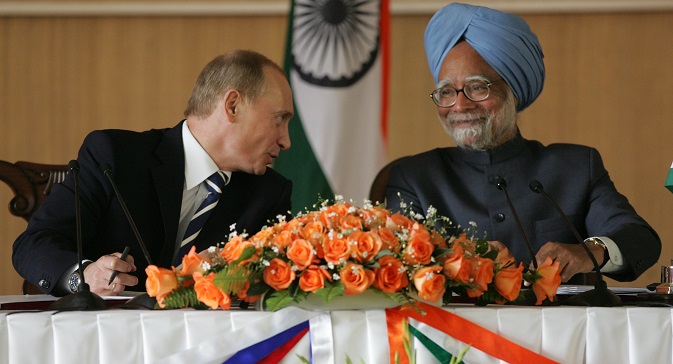 The commissioning of the KNPP and the probable arrival of the Vikramaditya would give ballast to the sail of the Russian-Indian relationship by the time the next bilateral annual summit takes place.

The Kudankulam Nuclear Power Project (KNPP) is entering the ‘home stretch’, In American football, it is when the season enters the ‘home stretch’ that things become a fight to the finish in the brutal, intensely physical sport.

However, that needn’t be the case here. The government has navigated the game with a rare combination of tenacity and patience reminiscent of an old long-lost skill.

With the clearance forthcoming from the Atomic Energy Regulatory Board for the KNPP, only the green signal from the Ministry of Environment is needed, which seems a matter of time. The indications are that the plant is all set to go “critical” shortly.

Two things that helped matters from the government’s point of view are: a) the intervention by the Supreme Court; and, b) refusal of the major political parties to identify with the agitation against the commissioning of the plant.

From the point of view of electoral politics in Tamil Nadu, the impact of the agitation turned out to be localised and insignificant and this is reflected in the calm composure with which the state government run by chief Jayalalithaa, who has high stakes in the 2014 parliamentary poll, has gone about handling the issue with firmness and clarity of purpose. On the other hand, the commissioning of the plant becomes a mega event on India’s development map, which the Congress-led United Progressive government, will not hesitate to cite as its ‘achievement.’

Indeed, the allegation that the popular agitation against the KNPP was funded and instigated from abroad had died a natural death and even if that ubiquitous ‘foreign-hand’ thesis was to the point at one time, it isn’t the case today. France and the United States are also pressing ahead with their project proposals on setting up nuclear power plants in India.

In fact, the government is hell bent to ensure that by the time the 5th anniversary of the US-India nuclear deal is celebrated in September – coinciding, perhaps, with the visit of Prime Minister Manmohan Singh to the White House in Washington – the stage of negotiations with the Westinghouse will have matured into the signing of a commercial agreement so that the nuclear deal’s reputation is salvaged. Equally, Russia’s competitors in nuclear business with India do not need to apprehend anymore that they are being denied a “level playing field” within the ambit of the nuclear liability law.

Playing for the long-term

To be sure, the commissioning of the KNPP and the probable arrival of the long-awaited aircraft carrier Vikramaditya would give ballast to the sail of the Russian-Indian relationship by the time the next bilateral annual summit takes place. However, the big question remains: What is happening on other areas of cooperation – other than the defence and nuclear fields?

Sistema in advanced talks to buy a stake in Tata Teleservices

If Sistema buys out the Japanese firm NTT Docomo’s stake and part of Tata’s in Tata Teleservices, it will underscore that the Russian conglomerate is purging its sense of gloom and is set to expand its presence in the Indian telecom market where it suffered considerable losses following the February 2012 Supreme Court order. Both KNPP and the Sistema case should help lay at rest any lurking suspicions in the skeptical Russian mind about the fairness of the Indian legal system.

If Sistema begins to narrate a positive story out of its Indian experience, it may encourage other Russian investors in other areas. The Russian business community has a herd mentality and Sistema is a role model of sorts. The moral of the Sistema story turns out to be that the long-term opportunities in India are worth the short-term pain and the secret lies in building sufficiently large scale of business in order to remain competitive. The pleasant detail is that Sistema began acting to increase its presence by effectively merging the Tata venture in anticipation of impending changes to the rules to ease foreign investment by the government in the direction of encouraging mergers that could create more economically viable groups in the telecom sector.

The sad part is that the Indian side is not capable of showing similar reciprocal dynamism in making investments in Russia’s energy sector. This is unfortunate at a time when Russian energy export strategy is turning eastward and training eyes on the Asian market. Europe is diversifying its sources of import. Russia has lost to Norway its number one position as Europe’s supplier of natural gas. The United States is getting poised to enter the energy market as a major exporter of LNG (from shale gas). Russia needs to unlock frontier regions like the Arctic and Eastern Siberia for hydrocarbons development.

In 2012 Asian market accounted for only 7 percent of Russia’s gas exports and it was all from Sakhalin II project. But by 2020, once the construction of the two new LNG terminals – Gazprom’s in Vladivostok and Novatek’s Yamal project – is competed and Rosneft goes ahead with the plan to build a third terminal in Sakhalin, it will be a completely different story as Russia’s LNG capacity would increase from 10 million tons per year to 45 million tons, which would be a neat 18 percent of all global LNG exports currently.

Gazprom has been in talks with China for supplying 38 billion cubic meters of gas via a pipeline lining the eastern Siberian fields. Suffice to say, there are big plans in the Russian mind to link the gas resources in the Arctic and to link Russia’s eastern regions to the established Asian markets, which are, principally, China, Japan, South Korea and India.

Russia needs to reach out to “new generations of Indians” - Trubnikov

From the Indian viewpoint, at the leadership level, what merits close attention is that the Kremlin is expected to take a final decision on the Yamal LNG project by the yearend, around the time the annual India-Russia summit meeting is due. It needs to be borne in mind that the Yamal LNG project is the first Russian project to link Arctic gas to the Asian market via a Northern Sea Route along Russia’s Arctic coastline at an estimated cost of $20 billion. The scenario involves Arctic-capable LNG tankers crossing the Northern Sea Route to Asia.

Where there could be a meeting point for India and Russia could be in terms of the following factors: India too is now part of the ‘Arctic club,’ so to speak; Yamal may need Indian investments; Yamal will be keen to supply Indian market; and, last but not the least, Moscow is intensely aware of the intense competition in the Asian market, which is the largest LNG market and the fastest growing one. (Australia is on the cusp of an LNG capacity boom; North American is emerging as a new LNG-exporting hub; and substantial discoveries of offshore gas in East Africa would make the region yet another LNG-exporting hub in the longer term.)

Simply put, given the sense of urgency in Moscow about gaining a foothold in Asia’s gas markets, this is an opportune moment for India to make an investment offer that becomes irresistible. In Asia, India and China are the main drivers of global LNG demand. As the world enters the “golden age of gas” – to quote the International Energy Agency – it will be a great leap forward for our energy security if Delhi secures a fair share of Russia’s Arctic and eastern Siberian reserves earmarked for the Indian consumer.