How prepared is the Russian military for war 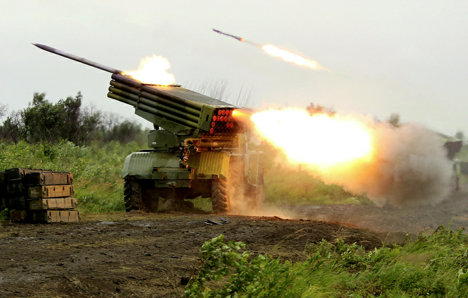 The future Russian military needs to be small, nimble and technologically superior to its adversaries. Source: Ministry of Defence of the Russian Federation / mil.ru

The chances of a direct clash with the United States or China are so low that large-scale exercises seem like a complete waste of resources. Instead, Russia needs to be prepared for regional and localised conflicts.

Russia’s military preparedness during the last 100 years if plotted on a graph would look like a series of valleys and peaks.

World War I revealed that in terms of morale and education, the Russian Army was in a race to the bottom with Turkey, which was then known as the Sick Man of Europe. After some spectacular early thrusts that took them deep into Germany, the Russian military eventually crumbled, with the Germans in 1917 advancing within 300 km of Moscow.

The bitter experience of that war forced a radical rethink. Under the pioneering Marshal Miklhail Tukhachevsky, the Red Army started a programme of rapid modernisation. Besides giving his men thousands of new tanks, artillery guns and aircraft, Tukhachevsky introduced new thinking. His theory of deep operations, in which combined arms formations strike deep behind enemy lines, was developed years before the Germans conducted Blitzkrieg or Lightning War.

Tukhachevsky’s superhuman effort to convert a serf army into a crack force did not earn him a medal. Envious of the general’s success and popularity, Soviet dictator Joseph Stalin had him executed in the military purge of 1937. Not surprisingly, morale in the Red Army was at an all-time low when the Germans attacked in 1941.

However, Tukhachevsky’s efforts weren’t entirely wasted. The Russians used his theory brilliantly against the Japanese in the Battle of Khalkin-Gol in 1939. In fact, it was during the Second World War that the Russian military earned its reputation as a crack force. Contrary to the stereotyped image of the stolid Russian defender, World War II showed the Russian military was analytical and innovative.

David Stone, professor of military history, Kansas State University, writes in the Journal of Slavic Studies that the Russians were “relying heavily on the initiative and flexibility of individual soldiers and junior officers”. These leadership qualities gave the Red Army a huge edge over the supposedly better trained German soldier.

Too big to work

However, the new freedom enjoyed at the platoon and company level by the Russian soldier was short lived. In the post-WW II era, the strategic rocket became the Soviet Union’s new god; men were mere accompaniments. Where was the need for brilliant commanders or sharp soldiers when the whole direction of war – in the Soviet mind – was going towards massed armoured thrusts into Western Europe?

For decades Russia conducted drills, involving massive land, sea and air forces. During one memorable naval war game in the Atlantic in 1970, named OKEAN-70, its admirals demonstrated an ability to coordinate multi-ocean operations, involving 200 surface ships and submarines as well as hundreds of land based aircraft.

Coming up short in Georgia

Moscow’s megaton firepower, however, became redundant when the Cold War turned to thaw. As the August 2008 South Ossetia War showed, the Russian military wasn’t comfortable fighting a 21st century battle with 20th century equipment and tactics. The battles were low on tech if high on drama.

Perhaps the biggest scandal was Russia’s inability to obtain battlefield intelligence. The military that had written the rules of aerospace did not have a single drone to sniff out Georgian military assets.

The difficulty of obtaining intelligence (what were the spy satellites doing?) meant that Russia had to deploy the strategic Backfire bomber on reconnaissance missions, resulting in the loss of a Backfire. One of the most feared aircraft of its days, the Backfire’s role was to strike at the continental United States with nuclear-tipped cruise missiles. Clearly, it was out of place in Georgia.

On the ground, the picture wasn’t pretty either. During their triumphant drive towards Tbilisi, Russian soldiers were seen riding on top of their ‘armoured’ personnel carriers rather than inside them. The reason was these vehicles did not offer protection from land mines. But by riding high, the soldier became vulnerable to ambushes.

Worse, field commanders were using – unsecured – mobile phones for communication, and some Russian soldiers were seen wearing sneakers in the combat zone.

Behind the war games

On July 20, Russia wrapped up its biggest military manoeuvre since the Soviet era. Designed to test its military readiness on land, sea and in the air, the roster of forces in the exercise was impressive – 160,000 troops and more than 5,000 tanks and armoured vehicles, 70 ships from the Pacific Fleet and 130 warplanes, including strategic bombers.

Russian military expert Alexander Goltz feels those numbers don’t add up. According to him, there are far too many troops and too few personnel carriers, for instance. On the first day, he says, the official number was 1,000 tanks and other vehicles. “Next day, they suddenly understood that it means we have one vehicle for 160 guys,” says Goltz.

If Goltz is on the money, it means the modern Russian Army is still a work in progress.

But first the Russian brass will have to stop preparing for an apocalyptic war. Russia’s sledgehammer approach is futile in a regional or local context, which is where tomorrow’s conflicts will happen. The ability to insert a battle-ready battalion into, say, Syria, and extricate safely is what Russia needs.

In this department, Russia can learn from the American experience. The United States has wasted trillions of dollars fighting full-on wars against Iraq and Afghanistan, with few, if any gains. Incredibly, the biggest gainers from America’s wars have been China (which has got drilling concessions) and Iran (whose mullahs now have greater influence in Iraq than any other country).

On the other hand, taking out Osama bin Laden in a daredevil raid deep in Pakistani territory was an unqualified military and PR triumph. The successful outcome was the result of having well-trained special ops forces and an extraordinary intelligence gathering system. That the American President and his aides were able to watch the raid via live feed points to the sophistication of American special ops forces.

With population growth tapering off in the country, the future Russian military needs to be small, nimble and technologically superior to its adversaries. Relying on brute force is no longer an option.