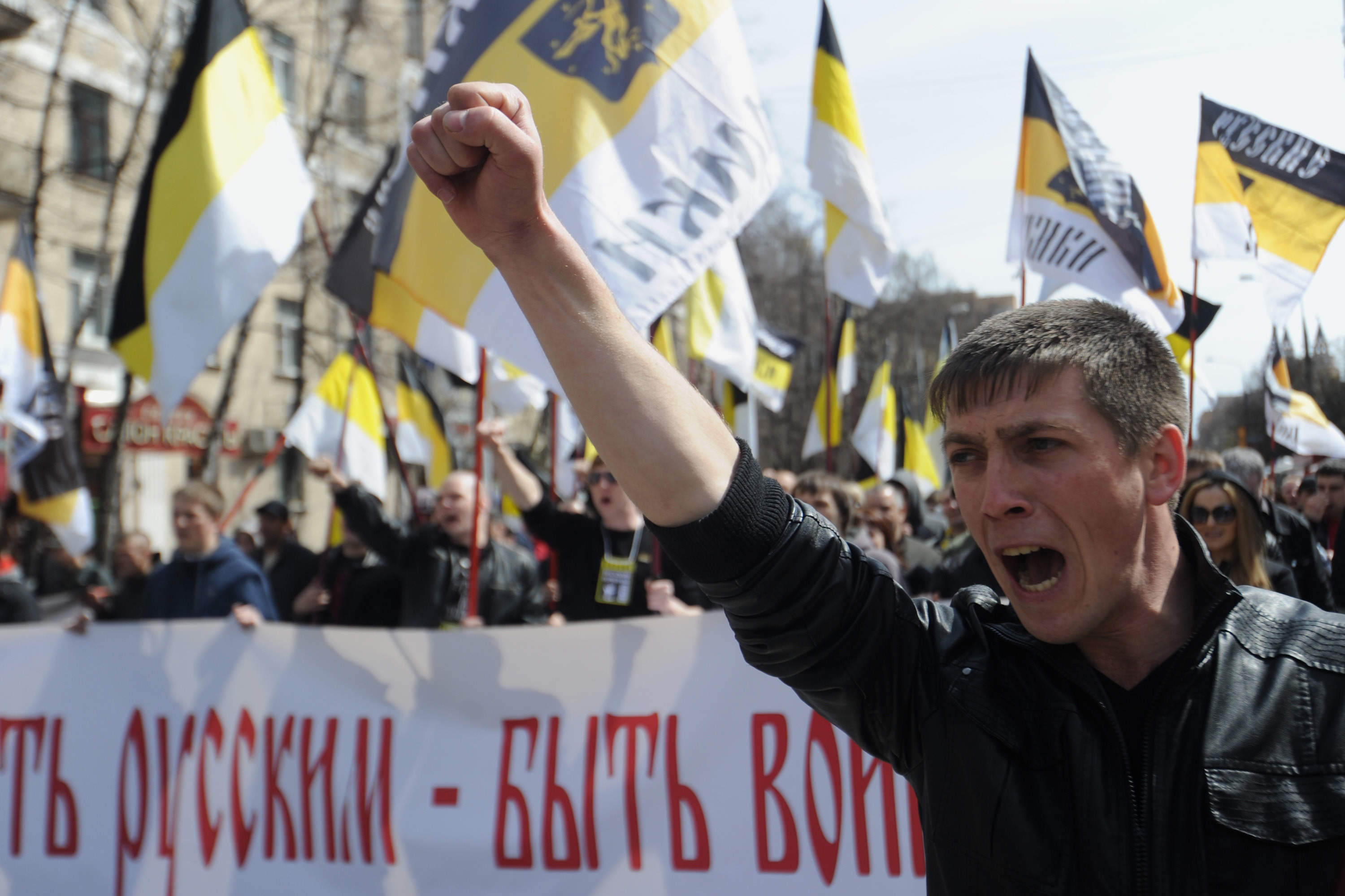 Flare-ups of nationalist conflict in July exposed the government as being either unable, or unwilling, to oppose a dangerous nationalist interpretation of Russian statehood with one based on civic identity.

On July 8, 600 citizens in the southern town of Pugachev, angered by the fatal stabbing of 20-year-old Ruslan Marzhanov by a local Chechen teenager, took to the streets to demand that all members of the Chechen community in town be expelled.

Later that month, on July 27, a mob of up to 25 family members and friends attempted to prevent the arrest of a North Caucasian man in Moscow's Matveyevsky Market, beating the police officer who was attempting to take the alleged sex-offender into custody.

With the publication in July of a "Federal Strategy on Ethnic Conflict Resolution," the government is apparently trying to put an end to such ethnically motivated conflicts in Russia. The strategy is a weighty document and envisages an 82-point plan to be realised over a 12-year period.

Bella Shakhmirza, a social activist who heads "Face to face," a local NGO concerned with harmonizing ethnic relations, purports to be markedly underwhelmed by the "Federal Strategy." Shakhmirza considered the document's all-embracing 82 points to represent a fudge rather than a rational attempt to construct policy: an attempt to "combine the uncombinable."

Shakhmirza also found the language of the document unnerving, with its division of Russian society into various "peoples," its focus on "relations between nations," and the telling absence of specific terminology shaping the concept of citizenship. As Shakhmirza puts it: "Until we come to a comprehensive understanding of equal rights, policy will continue to focus on Soviet-like festivals of 'international friendship' and not on genuine nation building."

Caught between the economic disasters of the Yeltsin period and the increasing authoritarianism of Putin's regime, post-soviet Russian society has had little breathing space to work on the crucial process of nation building. A vacuum exists where national identity should be, and one of the most worrying contenders to fill it is the nationalist ideology, often resounding in the popular slogan "Russia for Russians."

The Russian Federation is home to 160 different ethnic groups; were Russia to attempt to construct an ethnically homogeneous Russian state the result would be a disaster for Russia's minorities and titular ethnicity alike.

Only ethnic cleansing could produce an ethnically pure Russia - and one can argue that the ethnic tragedy of European history in the 20th century was, in large part, the product of the very desires which animate Russian nationalists today. The significant difference was that participatory politics developed much earlier in Europe. Thus, while most Europeans (and by far not all) have come to reject nationalism from bitter experience, Russian society is at an earlier point on this learning curve.

In search of a civic identity

Defining identity in terms of ethnicity may seem like a 'quick fix' to a painful identity crisis, but it is evidently one that the Russian population cannot afford. Implied in Shakhmirza's conclusion above is an alternative vision of civic Russian identity, a political community based not on ethnicity but on equal participation and equality before the law for all citizens of the Russian Federation.

The cost of such a vision is enormous in terms of the careful and sustained attention necessary for its realisation. Nevertheless, the immense potential prize of social and political harmony would handsomely repay the efforts.

Unfortunately, the recent behaviour of key figures in the Moscow elite indicates their willingness to spurn such a prize in favour of short-term advantages and self-interest.

Furthermore, whatever the veracity of Moscow Prosecutor Sergei Kudeyenev's August 2 statement that half of the crimes in the capital are committed by migrants, the timing of the claim was arguably inopportune, to say the least. It sends out the kind of signal which legitimises the tales of police brutality and beatings of detained immigrants which have been reported throughout August.

Shakhmirza's civic vision is the only answer to the current identity crisis which does not threaten the very integrity of the Russian state. Yet, while the Russian elite present themselves as true patriots, they are afraid of the threat to their power which accompanies this ideology based on equality before the law and public accountability. And this fundamental unwillingness to tackle the genuine underlying causes of its ethnic conflict is what prevents Russia from achieving any significant progress towards real integration.