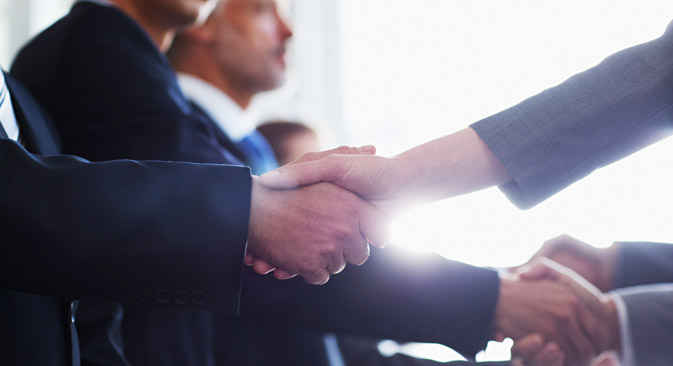 Given the high technological potential of both countries, the focus should be on the development of economic interaction in knowledge-based industries capable of rapidly adapting to the needs of the market.

“You cannot grasp Russia with your mind, No yardstick to measure her can find...,” 19th century Russian poet-diplomat Fyodor Tyutchev wrote. The idea of Old-New Year very well fits into this. The reality is that according to the Julian calendar, which is 13 days behind the globally accepted Gregorian calendar, January 13 is December 31, so as to speak –the New Year eve. After the October revolution in 1917, the Bolshevik government of Soviet Russia switched over to the Gregorian calendar like the rest of Europe, but the Orthodox Christian Church refused to adopt the new calendar. To be frank, the old Julian calendar was more suited to the Russia’s nature. For example, Old-Russian New Year (January 14) coincides with the transition of the Sun to the northern hemisphere, celebrated in north India as Lohri, Makar Sankranti, in Tamil Nadu as Pongal and Assam as Bihu.

The Old-New Year’s eve, blessed by the joy and hope of the early awakening of nature to blow off the winter blues, is a perfect time for musings and draft plans for accomplishing the unfinished agenda in Indo-Russian relations.

If we take relations between India and Russia, the most important development at the ground level is the appointment of one of the ablest officers of the Indian Foreign Service, P S Raghavan as the new ambassador to Russia to replace Ajai Malhotra who retired from the Foreign Service after completing his highly successful stint.

It is noteworthy that the new ambassador is beginning his stint on the Russian old-New Year.

The announcement of Ambassador Raghavan’s appointment several months before his takeover indicates the resolve of Prime Minister Manmohan Singh’s government to avoid the instability and a state of flux in bilateral strategic relations due to the upcoming general elections in the country with an unpredictable outcome. At least one thing is certain that India will have a new government as Dr Singh has announced his plans to pass on the baton to a new prime minister after elections.

Luckily, the new Indian ambassador will not have to deal with the problem of the Admiral Gorshkov, which had been a major irritant not only in defence, but in overall bilateral relations. Gorshkov’s reincarnation – the INS Vikramaditya aircraft carrier has reached its home base and our military-technical cooperation - the strong pillar of strategic partnership - will continue to grow through such state-of-the-art, futuristic projects like fifth generation fighter aircraft (FGFA) and the multi-role transport aircraft (MTA). Although, such volume of defence interaction cannot be expected to be trouble-free, past experience shows that New Delhi and Moscow are in a position of resolving all the cropping issues.

The first challenge faced by Ambassador Raghavan is to seek the conclusion of the deal for the construction of units 3 and 4 at Kudankulam Nuclear Power Plant, which could not be closed during his predecessor’s stint. Time is running out for the UPA-2 government of Dr Singh to take this conclusive step, otherwise it would be left for the new government and may be further delayed.

In his recent interview head of the Russian State Nuclear Corporation Rosatom Sergei Kiriyenko disclosed that Moscow has submitted its latest proposals aimed at meeting the provisions of India’s liability law and hoped that New Delhi will respond soon.

Ambassador Raghavan also faces an uphill task to seek greater cooperation in the field of hydrocarbons to confidently move beyond Sakhalin-1 and Siberia’s Imperial Energy to new and more ambitious projects.

Another Gordian knot to cut is the bilateral trade and economic interaction.

Often diplomats from both India and Russia complain about the information gap between the two countries, which is partly blamed for the miserable state of bilateral trade and economic cooperation of the two, over trillion dollar economies.

On the basis of personal experience of covering bilateral issues for more than two decades, I feel the priorities need to change. Given the nature of logistics, cut-throat competition from China and Turkey and different consumption patterns in the Russian regions, bulk trade like in the old days is not possible. The growing rich-poor divide and lack of a sizable middle class influencing the social and economic policies pose additional barriers in promoting trade in large volumes.

However, given the high technological potential of both countries, the focus should be on the development of economic interaction in knowledge-based industries capable of rapidly adapting to the needs of the market.

In faraway Russian regions, there are many innovative incubators waiting for little investments but offering tomorrow’s technology to the consumers at affordable prices. For example, a start-up in the Siberian city of Tomsk has developed a set top box to view 3-D movies even on a black-n-white TV without any special goggles.

This has to be a two-way process. However, there is a need to create awareness about each other’s capabilities. If Russia with its oil, gas and immense mineral wealth can afford to ignore India and continue the present day practice of practically buying everything from the West and China by paying in petro-dollars, India on its part cannot afford such luxury. Few years later, we will be forced to import Russian origin crucial technologies and critical raw materials developed and extracted in Russia by the Western and Chinese multinationals.

To avoid this situation, in the first place India should stop looking at Russia through the Anglo-Saxon prism. Introspection is what we need before judging the country.