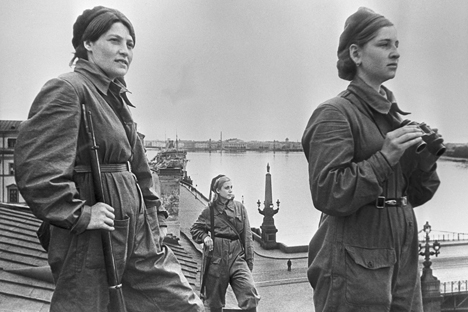 70 years since the breakthrough of the Siege of Leningrad. Source: RIA Novosti

This week’s most popular themes among our readers ranged from a discussion over the Siege of Leningrad to a continuation of the debate over Russia’s anti-gay propaganda law.

When we made the decision to live-tweet the Opening Ceremony of the 2014 Winter Olympic Games, we had no idea the response this would generate among our audience. After years of anticipation, the Games themselves were overshadowed in the days before they opened by a flurry of negative reports on the preparations and state of the facilities. The ceremonial beginning of competition released a lot of this hostility.

More than 100 readers commented about the ceremony on our Facebook page, calling it beautiful and a wonderful representation of Russia’s cultural heritage. Others lamented the fact that many of the foreign channels broadcasting the event failed to explain the historical references in the show. 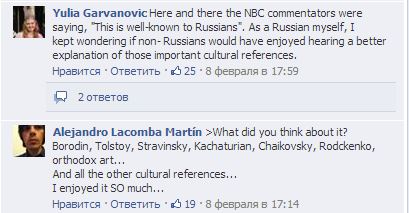 The live-tweeting was a good start for our Olympic coverage, which will continue until the end of the Games on our special Sochi site, sochi2014.rbth.ru. In my opinion, our best contribution to the Olympic coverage is our blog, updated regularly from people who are on the ground in Sochi, to take readers beyond the Games.

The beginning of the Olympics did not, however, dampen the debate over Russia’s notorious anti-gay propaganda law. This week we had two pieces related to the topic. One was an op-ed from a gay Russian immigrant to the U.S. and the other, a news text about plans by the Stolichnaya vodka brand to donate money to LGBT rights organizations. These texts were only really related in one way – they provoked a negative response from both those who oppose the law and those who support it.

We considered Ivan Savvine’s opinion text a thoughtful, balanced approach to the situation. Many of our readers thought otherwise. 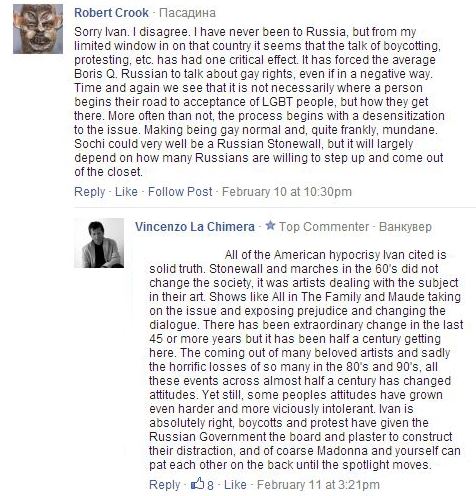 And as for Stolichnaya, I happen to agree with the comment from one of our Facebook fans:

By running this text, we became part of Stolichnaya’s PR campaign and it was probably a mistake.

We’ll keep discussing the issue of LGBT rights in Russia and will continue to be interested in our readers’ views.

This year marked the 70th anniversary of the breaking of the Siege of Leningrad. World War II is a popular subject among our audience, but we were unprepared for the level of response to RBTH U.S. editor Elena Bobrova’s blog about her family’s experiences during the war. It was recommended by more than 300 people and shared more than 50 times. On our Facebook page, Maria Chernysheva, the granddaughter of the “voice of the blockade” Maria Grigorievna Petrova, wrote in to share her family’s story.

Bobrova’s blog had been written partially as a response to some comments made on an RBTH Facebook post about the Siege anniversary showing male soldiers embracing. Several readers connected this photo to the anti-gay propaganda law. Bobrova for her part argues that respecting the memory of those who fought and died in the Siege is bigger than any of today’s political concerns.

On the other hand, the anniversary itself was overshadowed a bit by the decision of some Russian cable providers to stop broadcasting the Dozhd channel after it aired a controversial poll about the siege. The Dozhd editorial team took the position that questioning decisions made during the war isn’t unpatriotic, but rather that such discussions are necessary to avoid mythologizing the past.

These discussions of World War II and the Olympics raise an important question: Are there some subjects that rise above politics? Our readers’ comments show that the answer to that question is far from simple.