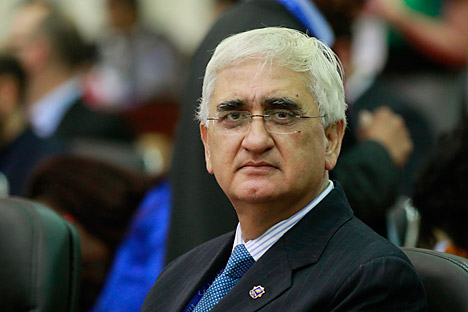 In an era of globalization, it is simply not possible for any country to consciously stay out and keep looking in through a keyhole and plunge into selective engagement with the inmates inside the room.

For a variety of reasons one needn’t get into right here, Singapore has come to be a ‘moderator’ of India’s foreign policy discourses in the recent decades. India’s haphazard ‘adjustment’ with the post-Cold War era brought it close to the Singaporean world-view, especially its ‘Look East’ policies.

The nimble-footed, street-smart Singaporeans feel frustrated at the ponderous way in which the Indian elephant moves around, but would have little to complain about Indian foreign policy in the neo-liberal era.

At any rate, therefore, the K. Subrahmanyam Memorial lecture recently in Delhi, titled “Can India be Cunning?”, by the Dean of the Lew Kuan Yew School of Public Policy at the National University in Singapore, Professor Kishore Mahubani becomes an event of interest.

Mahbubani is a well-known scholar-diplomat internationally and is a highly respected figure in the Indian foreign policy circuit and with the Delhi pundit. Broadly speaking, his opinions and views on China bear similarity with Indian thinking – although Mahbubani’s wisdom on the imperatives for India to forge close ties with China may not always go down well in Delhi, given the range of complex emotions when it comes to rising China — envy, fear, anxiety, revenge, rivalry, competition, etc. However, one might suspect Mahbubani himself empathizes with India’s predicaments.

His recent lecture focused on how India could extract advantages out of the brewing US-China rivalries. What stood out was his stress on how ‘cunning’ Indian diplomacy ought to be. Now, that’s a very ‘Chanakyan’ concept, of course, and the Indian sensibility believes that all that one needed to know about statecraft has been bequeathed by the ancient Indian sage of the 3rd century BC.

Therefore, after mulling over Mahbubani’s lecture, I reached out Chanakya in the bookshelf and duly found the appropriate quote: “There is some self-interest behind every friendship. There is no friendship without self-interests. This is a bitter truth.”

True, Mahbubani sidestepped Chanakya’s innate cynicism about human relationships and instead gave a positive spin – and it is, clearly, not a terribly original idea, because, as China grows and fattens itself, it is only natural that almost every country that has dealings with it would be acutely conscious of ways and means to tap into its surplus fat and skim a bit of it.

Call it ‘cunningness’ or by any other name, but countries like Australia or Vietnam, which hedge against China’s rise in geopolitical terms, show no qualms about tapping into the Chinese economy. Arguably, even the US and Japan cannot be unaware that China’s market is significantly driving their own economies.

The real issue here is something else: how relevant is keyhole diplomacy in the contemporary world? In an era of globalization, it is simply not possible for any country to consciously stay out and keep looking in through a keyhole and plunge into selective engagement with the inmates inside the room. That is the core issue for Indian diplomacy.

Following up from this, what is desirable could be a matching of interests with countries with diverging priorities. That is what ‘mutual interests’ and ‘equal relationships’ based on ‘mutual respect’ could be all about.

There is no need to be cunning to match one’s interests with an interlocutor’s – be it the US’ or China’s. Both these countries are wedded to worldly life and Philistinism in a big way and rather shamelessly worship Mormon, and India can stimulate them accordingly. What is needed on India’s part is earthy common sense and some average intelligence.

But the real challenge lies elsewhere insofar as India should also know what it wants to get from its interlocutor. To an extent this is happening. Maybe, greater efficiency and clarity of mind and prioritization will help. India’s real problem is the ad-hocism of its diplomacy. It may appear India is everywhere – BRICS, SAARC, SCO, RIC – but that’s actually an illusion. The cumulative sense is of a studied aloofness and an almost incomprehensible reluctance to engage coupled with a predilection toward managing problems rather than trying to solve them – and has little to do with ‘cunningness’, or the lack of it.  In fact, Indian pundits usually take recourse to Chanakya as a substitute for original thinking.

Chanakya had a parochial mind and, frankly, one wouldn’t prescribe him to a young man. Who would say today, “A good wife is one who serves her husband in the morning like a mother does, loves him in the day like a sister does and pleases him like a prostitute in the night.” Chanakya comes in after corruption and decay has set, and one nonetheless needs to carry on with the sordid affair of life. Hopefully, India hasn’t reached that point yet.

Cunningness may sound a smart thing to have, but as an emerging power with so much resources at its disposal, there is really no need for India to think small or act like a city state.