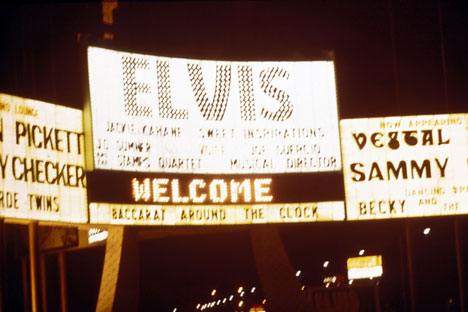 Kim Palchikoff speaks out on the world circus capital.

It seems like a long time since I’ve left Las Vegas in May of 2012. In the nearly two years since I’ve lived in the nation’s capital, not far from the Obama White House, I’ve really started to miss Nevada. Once known for the likes of Elvis Presley and, now Vegas is known as the circus capital of the world, boasting more than 10 circuses on one street. Amazing.

But it’s not the city itself that I miss.

Like anything else in life, it’s the people. It’s people like Vladimir Antonov, a former member of the famous Flying Cranes trapeze act who now drives a truck across America.

An award-winning gymnast back in the Soviet Union, I used to pass by him backstage every night as he warmed up for an incredibly physically demanding act that lasted less than twenty minutes. I never said a word. He was a celebrity, in my mind. I was afraid.

Now we talk by phone, as he crosses America in his giant truck. Over the years, we’ve talked about many things, mainly about the intricacies of life.  Some days it was the difficulties of living with a spouse, day after day, year after year.

Other times it was why some people were optimists and others were pessimists. What I liked about him most? He was a down to earth superstar of the Moscow Circus, without an ounce of ego to his name.

Which is why I love the Russian circus performers in general, which made it hard to leave America’s most famed gambling city.  Not only are they talented in the red ring, they are gifted storytellers, eager to share their wit and wisdom with anyone who’ll listen, happy to strike up a conversation with visitors, well, anyone really.

There was my friend Sasha, once the bottom man on a three-man human pyramid in a Cirque du Soleil show called, “Mystere.” After catching flying acrobats two-men, and sometimes three-high, for years, his body gave out one day on stage. He broke a shoulder in the middle of the catch, and as far as his career with the circus went, that was the beginning of the end.

Many shared their thoughts about Vegas. Others talked about the American way of life, which many found socially isolating. Still others wished aloud that the Soviet Union had never collapsed. Back then, their lives as traveling circus performers for the Soviet Union took them around the globe.

But it wasn’t just their humor and tale telling skills that captivated me. Over years, I learned something else: that they really showed me another way to live. For example, despite their difficulties, such as both performing and living with their families 24 hours a day for years on end, they always found a reason to laugh about it and other hardships in their lives.

Sometimes their pain was physical, like breaking a bone or pulling a muscle. Still, there was always a place for laughter in the circus. Humor was a way they coped with tragedy, they said, (with more laughter), a lesson that I took away from them. I tried, as best as possible, to incorporate this philosophy into my own life.

They taught me one more important thing: that when you set a goal for yourself, no matter how hard it may seem, like doing the splits on the ever-dangerous high wire, it may take months, even years to complete it successfully, and even so, after many falls and mistakes.

But if you work at your goal hard – even through the excruciatingly painful times, and boring ones as well – you can reach your dreams if you never give up.