Final reflections on the Games 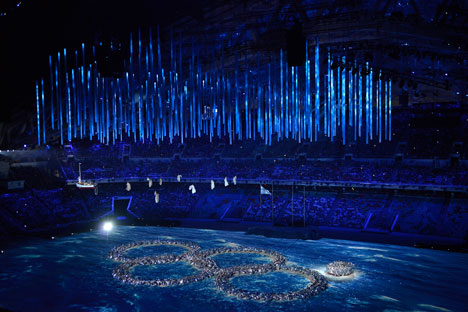 The Sochi Games were overall a success for Russia, but those who work with the country’s sports federations and athletes have some things to learn before the next Olympics.

Half an hour before the start of the Sochi 2014 Olympic hockey final, the media lounge was hushed in anticipation. Grizzled hacks and fresh-faced big-game rookies alike huddled around the screens awaiting the big news of the day – the latest update to the medals table.

A ripple of applause grew into a cheer and a small ovation … Russia was victorious. Bobsled glory wrapped up an unprecedented success on the field of play in Sochi, lifting Russia’s medal tally to an impressive 33.

The sudden passion for a host of relatively unfamiliar sports has been the hallmark of these Games. Russia’s athletes have, for the most part, excelled and the medal table reflects that. Moreover, though, the stars of Sochi have subtly reshaped Russia’s understanding of the winter sports world.

Pre-Games, the focus was almost entirely on hockey and biathlon. The two are far and away the most popular winter sports in the country, gobbling up the bulk of the nation’s airtime.

Events like short track skating, bobsled, snowboarding or skeleton – all of which yielded gold – were seen as a minor diversion from the serious business of reminding pretenders from Canada or Norway that Russia was top dog whether it came to shooting pucks or targets.

The outcome was rather different. The traditional powerhouse sports underperformed – a joke started going around that as punishment, Russia’s hockey team had been shot by the biathletes, but nobody was injured. Russia’s quarter-final hockey exit against Finland, in particular, became one of the big stories of the Games. But then the narrative changed.

Some of it, of course, is the natural enthusiasm for success. Two years ago British sports fans – typically a soccer-obsessed bunch – discovered an unexpectedly detailed knowledge of cycling as Bradley Wiggins won the Tour de France and the UK team’s cyclists dominated at the London games.

A flash of gold adds luster to any sporting experience, and it’s hardly surprising that Russia’s fans swiftly switched their attentions to the country’s winners, regardless of the sport.

After all, amid all the excitement, it’s sobering to note that a sizeable chunk of Russia’s haul was won by naturalized foreigners – short-track speed-skater Viktor Ahn (born in South Korea), whose image on the big screen at the closing ceremony was greeted with loud cheers, and snowboarder Vic Wild (a native of the United States).

But some of it might reflect a change in the Russian sporting landscape. For decades the country has tended to focus on prestige, pumping cash into big sporting projects. From tennis to soccer, from hockey to motorsport, a select group of chosen games have grabbed the attention – and crucially the budgets – of the land.

This has some merit, but it tends to lead to a deadening focus on the top end of a competitive field. For those who prefer different sports, or are aiming at participation rather than domination, it tends to limit opportunities.

Golden finale to the Olympics

The results from Sochi suggest a new generation can be inspired to take up a whole range of games on ice and snow – achieving precisely what any major event should do by setting a legacy of increased participation and a new cohort eager to imitate their medal-toting heroes.

Of course, the challenge is far from over. Russia now needs to be ready to develop that enthusiasm – and fast – before it dissipates as the sporting cycle moves on to World Cup soccer in Brazil and other lavish events.

But if it can be met, Sochi may be remembered as a turning point in Russian sport, leading to a welcome change of emphasis and a broadening of the nation’s passions.