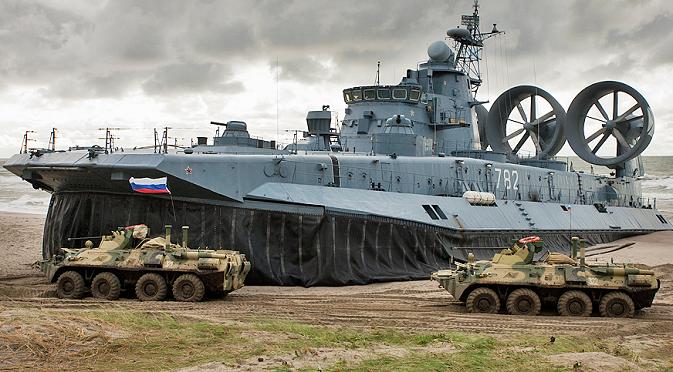 What the situation in Ukraine has proved beyond the shadow of a doubt is that America and its NATO allies can no longer flex their military might and muscle and act like global bullies.

Before writing this column, I would like to clarify that I am a peacenik who believes that it is in the best interests of humankind for world leaders to cooperate and concentrate on areas of convergence. When push comes to shove, leaders with different political views and values can work together. The greatest example of this is the G20, a grouping that was formed when the global economy looked extremely fragile. So, economically if the “big boys” can come together, then they should be able to politically as well.

The recent events in Ukraine have led to media frenzy and sharp statements from Western politicians drumming up rhetoric. I don’t want to even dignify what a former US Secretary of State said with a response. The fact is that Russian troops have shown a tremendous degree of professionalism and the operation in Crimea has been bloodless. Not a single shot was fired over the course of the events and there has been a sense of calmness in the peninsula.

Russia does not want a destabilised Ukraine, as it clearly against Moscow’s best interests, but American interference in the former Soviet republic is part of a long-drawn out policy to weaken its Cold War rival. With Ukraine, the American government is clearly testing the waters to see how far it can provoke Russia.

Let’s hypothetically imagine a situation where Moscow encourages, supports, sponsors and arms an anti-American puppet regime in Mexico. Would America just sit still? Has the United States kept its hands off Latin American countries? Does America follow international law in its own neighbourhood or in some other part of the world? Wasn’t the conflict in Iraq in the 21st century a clear case of a country being invaded under bogus pretences for a regime change?

What the situation is Ukraine has proved beyond the shadow of a doubt is that America and its NATO allies can no longer flex their military might and muscle and act like global bullies.  The biggest danger to world peace since the fall of the Soviet Union has come from America and its allies. While these countries need to be respected for their freedom of press, democracy and work ethic, their foreign policies are tremendously flawed. It is simply against civilized values to create a bloody war to overthrow a leader (and many a time, a democratically elected one) just so that a puppet regime can serve your interests. If NATO was clearly concerned about democracy and human rights, then it wouldn’t go easy on regimes like Saudi Arabia, where human rights violations are a well-accepted norm. There is no concern for democracy in a country like Pakistan, a non-NATO ally of the US, where the army really calls the shots. The West backed the apartheid regime in South Africa for decades and policy-makers seem to have such a disliking for Russia that they are even ready to have a government of neo-Nazi ultranationalists in Kiev. Coincidentally, a staunch Western ally, Estonia recently said that the snipers in Kiev were very much a product of the nationalists and not sponsored by Viktor Yanukovych.

Russia’s diplomatic power has risen over the last few years and the country has done more than its part to stop bloodshed.  Moscow managed to stop an American bombing of Syria and prevented wars in places like Iran. The West knows its limits now and wouldn’t dare to risk a military confrontation with Moscow on the lines of the Crimean War. It also minimises the risk of a NATO misadventure in a third country.

The West has rallied around Kiev’s “new government” and called on Russia to respect the territorial integrity of Ukraine.  Without taking a stand on this issue, some questions arise: Why do the Kosovars have the right to independence from Serbia? Why don’t the people of Abkhazia have the same right? Why is it okay to partition Sudan and create a new country of South Sudan? Why was the creation of East Timor fair? If international law is set in stone, why is it applicable only for one set of countries and not for another? Where does one draw the line between genuine democratic rights and violations of international law? These are very difficult questions to answer.

The world needs peace, development and a protected natural environment.  World leaders bear the responsibility of working for all of the above.  But as long as the West tries to extend American hegemony across the world, the prospects of world peace look very dim. The re-emergence of Russia as a military power will go a long way in ensuring that the world is a much less violent place.