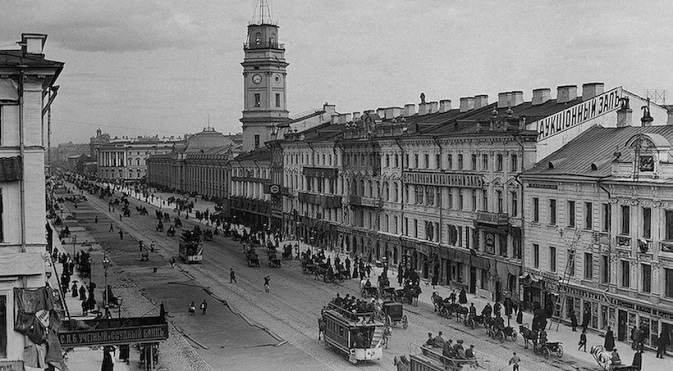 The Russian intelligentsia’s fascination with the ancient Indian language has existed for more than 200 years.

Although the raison d’être of St Petersburg was to align Russia closer to Europe and the West, the city has a distinguished tradition of Sanskrit scholarship with recorded information dating back to the turn of the 18th to 19th century.

One of the pioneers of the study of the ancient Indian language was Gerasim Lebedev who spent significant time in India in the 1780s. Tsar Alexander I was so fascinated with Lebedev’s writing about India that he requested the scholar and musician a Sanskrit printing press in the Russian Imperial capital. Lebedev published a whole series of books, including translation of the poetry of Bengali poet Bharatchandra Roy, a Russo-Hindustani dictionary and a book on the grammar of Eastern dialects, but the famed Russian traveller was no Sanskrit scholar.

Sanskrit scholarship in Russia began under the aegis of Count Sergey Uvarov, an influential statesman and educational curator. In 1818, Uvarov inaugurated the Asiatic Academy of St Petersburg, where Sanskrit was taught for the first time with Russian being the language of instruction.  Tsarist Russia initially relied on foreign professors to teach Sanskrit, with German academics being the first to teach the ancient Indian language in the country.

Robert H. Stacy’s ‘India in Russian Literature’ mentions Pavel Yakovlevich Petrov, a Sanskrit scholar who had a particular fondness for Kashmir and translated the Hindu epic Ramayana into Russian. Petrov learned Sanskrit in St Petersburg and taught the language in the mid-19th century in Kazan and later in Moscow. He also translated Kalhana’s Rajatrangini (The River of Kings), a chronicle of the rulers of north-western India into Russian.

St Petersburg in the second part of the 19th century even became one of the major research centres for Sanskrit and attracted Indologists from all across Europe. Rudolf von Roth and Otto von Bohtlingk, two c German scholars lived in the city and compiled a seven-volume Sanskrit-German dictionary called Sanskrit Wörterbuch that was in wide usage in academic circles in Germany. Von Bohtlingk was born in St Petersburg and learnt Sanskrit at the St Petersburg State University. He is also well-known for translating an edition of the Sanskrit grammar of Panini, who formulated formulation of the 3,959 rules of Sanskrit morphology, syntax and semantics in the grammar known as Ashtadhyayi.

Arguably the most famous Sanskrit professor from Russia in the 19th century was Ivan Minayev, who also taught comparative grammar of Indo­European languages. He travelled to India and Ceylon in 1874-75 and wrote extensively about the countries.

“His excellent command over Pali and Sanskrit, as well as the knowledge of many contemporary Indian languages and some Pahari dialects, allowed him to communicate freely with various strata of people in India living in the regions and territories which he travelled across,” Irina Chelysheva wrote in article for RIR in 2010. She added that Minayev collected and accumulated unique historical data, “which he subsequently commented upon in the notes of his journeys to India, Nepal and Ceylon in 1874-75, to India in 1880 and to India and Burma in 1885-86.”

The State Library of the St Petersburg has preserved the Sanskrit and Pali manuscripts that Minayev collected in India, while his art collection can be seen in the museum of the Russian Academy of Sciences in St Petersburg.

“The keen interest of I.P. Minayev towards the culture and everyday life of the peoples of India found expression in the study of folklore and ethnography, as important as everything else that this scientist-achiever did,” said Madhu Malik, who translated ‘Indian Fairy Tales and Legends, collected in Kumaon in 1875.’ Minayev’s trips to India resulted also in interesting ethnographic collections, preserved in the N.N. Miklukho-Maklay Museum of Anthropology and Ethnography.

Yet another St Petersburg-based Indologist who made a great contribution to Sanskrit and Indian studies before the Bolshevik Revolution was Fyodor Stcherbatskoy, best known as an authority on Buddhist texts. Stcherbatskoy was a student of Minayev and worked on a theory of Indian poetry and published the Theory of Knowledge and Logic in the Doctrines of Later Buddhism in Russian in two editions. He later taught Sanskrit till his death in 1942. Stcherbatskoy’s scholarship of Hindu philosophy and Buddhism even won him the admiration of Jawaharlal Nehru and Rabindranath Tagore.

The interest and passion for Sanskrit and Indian philosophies that was generated by Russian Indologists spread across to various areas of Russian cultural life. Konstantin Stanislavsky incorporated several yogic exercises and psychological techniques into his Stanislavsky System to developing attention and concentration, and also for achieving ‘Solitude in Public’ on stage.

Post-Second World War, a new generation of scholars began to pursue Indology and India’s warm relations with the USSR gave these scholars access to many places and older texts. The newer generation of Indologists however followed a path that was laid out by the great scholars of the 18th and 19th centuries from St Petersburg.