How Russia and others can protect assets from the West 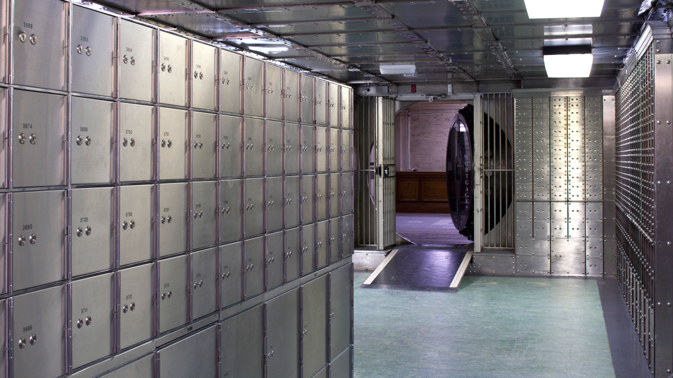 Banks in the BRICS countries are safer and a whole lot less greedy than Western banks. Source: Getty Images

Countries and high net worth individuals around the world need to transfer their assets from the West to the BRICS, where they will be a whole lot safer.

Assets freeze is a term used so often in recent years that it qualifies to enter the dictionary as an acronym of greed. When the known banking accounts and other properties of a country, group or individual are frozen, say, by an American presidential order, those assets virtually become the property of the United States.

The recent attempts to freeze some Russian bank accounts is a reprise of foreign wealth grabs stretching back to the Cuban Revolution and more spectacularly during the 2003 Iraq War.

In 1963 the US passed the Cuba Assets Control Regulations to freeze all Cuban assets. The Americans, however, discovered a neat way to distribute all that Cuban cash among themselves. Washington illegally tapped into those ‘frozen’ accounts and spent hundreds of millions of dollars in lawsuits against the Castro regime. According to the Cuban government, only $76 million of the original amount remains in American banks now.

A stark example of American hypocrisy was President John F. Kennedy’s hush-hush purchase of 1200 Cuban cigars for his personal use – just minutes before he signed an order banning all Cuban products from the US.

However, it is the staggering scale of loot of Iraqi cash by the United States that is the daddy of all robberies. Iraq – like many other oil-rich countries – had deposited billions of dollars in Western banks, and these assets were frozen after Iraq’s 1991 invasion of Kuwait. How much was looted is still being debated by the bean counters.

It was after the invasion of Iraq in 2003 that the Americans got the excuse they were looking for. The US flew in $20 billion in shrink-wrapped $100 bills into the war torn country. The first shipments took place in the year after the invasion – nearly 281 million notes, weighing 363 tonnes, were sent from New York to Baghdad. Using Hercules C-130 planes, the deliveries took place once or twice a month with the biggest of $2,401,600,000 on June 22, 2004. Subsequently, the US deployed Boeing 747 jumbo jets to ferry the rest of the cash.

To comprehend the amount of money involved here’s a simple illustration. The height of a stack of 20 billion one dollar bills would measure 2185 km. A column of bills this high would be more than six times higher than the orbiting International Space Station.

American diplomat Paul Bremer, the administrator of the Coalition Provisional Authority, showed inexplicable and suspicious zeal in making sure the money was distributed as quickly as possible. The $20 billion spent under his watch was supposed to rebuild Iraqi infrastructure – destroyed in the first place by the US-led coalition – but even today Iraqi utilities and its once excellent hospitals are in shambles.

Private banking catches on in Russia

According to Al Jazeera, “Piles and piles of shrink-wrapped US dollars came here, but the cash coming in is not the important part – it is what happened to it after it got here. There are no documents to indicate who got it, where it was spent and what was ever built from it.”

An easy guess is American contractors, lawyers, soldiers, US Air Force pilots, banks, corrupt US diplomats and Iraqi politicians in the pay of the Coalition.

An even bigger hoard waiting to be looted is Libya’s; its nearly $30 billion assets held overseas may be the biggest chunk of cash ever blocked. The looting hasn’t yet started but that’s probably because the vultures are still circling. The Washington Post practically salivates at how it took the US just 72 hours to locate and block Libyan assets.

No less sordid is the illegal transfer by the US of $8 billion in frozen Iranian assets to the Bank of England and another $3.6 billion to the Federal Reserve.

In 1981 Iran and the US signed an agreement, known as the Algeria Declaration, which obliged Washington to remove the block on Iran's assets. But not only did Washington not pay back a single cent, it in fact rented out part of Iran's properties to Romania and Turkey, and built a parking lot after demolishing some Iranian-owned properties.

The department of loot

The US actually has an entire department devoted to such illegal cash grabs. The Office of Foreign Assets Control (OFAC) is probably one of the most powerful American government agencies no one’s ever heard of.

OFAC’s targets are set by White House orders to use financial tools against a specific country, and it even has an eerily named Office of Global Targeting. According to StratRisks, “The 170-person sanctions unit within the US Treasury Department, comprising mainly lawyers and intelligence analysts known as ‘targeters’, has extraordinary powers – and the ability to interrupt dollar transactions worldwide.”

What are the alternatives?

It boggles the mind that Muammar Gaddafi and Saddam Hussein who ran two of the leading Arab republics for several decades lacked the basic common sense to keep their national funds in safer places. Why did they choose to keep their money in the very countries they knew were out to get them? This is not a matter of academic interest but of pressing concern for leaders of other countries that might be targeted in the future.

Here are two options. One, banks in the BRICS countries are safer, more stable and a whole lot less greedy than Western banks. Back-of-the-envelope calculations suggest if Saddam had invested his oil income in bonds and deposits in, say, India’s ICICI Bank, the $20 billion would have been worth $60 billion today. Instead, the money is lining the pockets of Americans and West Europeans while Iraqi children continue to die from lack of food, clean water and medicines.

The second option is keeping money in secrecy havens. A rock solid deposit without leaving a trail would be hard to detect. But here’s the rub – there’s no guarantee the OFAC hounds won’t sniff it out. Plus, Western governments could collaborate with each other in a crisis situation.

Smaller nations also need to stop investing their trade surpluses in US and European treasury bonds. These bonds are often considered the safest of all investments. But in fact, they are neither safe nor lucrative. They just seem so because few investors know what really happens to their money.

Take US treasury bonds. With bond yields far below actual consumer price inflation, the US literally exports its inflation overseas, causing massive losses to bond holders. So not only do foreign governments get trapped in “sucker” investments and get locked in (usually 20 years for the ‘best’ yields) but they risk everything if the US freezes their holdings.

With the BRICS Development Bank on the drawing board, its planners should offer long and short-term bonds where smaller countries can park their idle funds.

It is of course entirely natural for the West to grab wealth belonging to other nations. After four centuries of colonialism, the philosophy of loot-and-scoot seems to be ingrained in Western thinking. With very little of the mechanism of this loot – the word comes very appropriately from India which the British plundered for two centuries – known to the public, there is little pressure on the likes of Washington and London to mend their ways.

For, the chances the assets will be unblocked depend entirely on the targeted country’s relationship with the West thawing. Since that rarely happens, Western governments can manage and enjoy stolen wealth virtually forever.