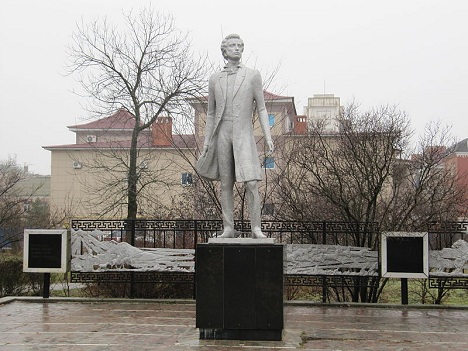 Learning the Russian language involves a lot of trial and error, making the entire process a lot more fun.

Four years ago, UNESCO declared June 6 as UN Russian Language Day in honour of the rich language and one of Russia’s greatest literary geniuses, Alexander Sergeyevich Pushkin. This is a day that is marked with gusto by Russophiles around the world.

I am passionate about this great language, which I speak fluently although not perfectly. When I am away from the country for longer periods, my vocabulary heads south, and I have never been able to master the declensions. However, I welcome any corrections from my friends when I make a mistake and look at them as an opportunity to improve. Of course, Russians are incredibly tolerant of grammatical errors made by foreigners and tend to be the opposite of the stereotypical French person who is always looking for some sort of mistake from a non-native speaker.

There are the usual trial and error methods that most foreigners go through when learning Russian and I underwent this baptism by fire, making my share of funny errors. As an Indian, the first observation I made was the usage of “ti” and “vi,” the equivalents of “tum” and “aap.” Polite Hindi and most other Indian languages call for addressing both strangers and elders using the more respectful term.  This would also mean strangers in the same age-group in India. But in Russia, when I used the “vi” with common friends, I’d get laughed at. It’s even common practice to address parents and grandparents using “ti.”  Such behaviour, especially with grandparents and older people is considered rude in India.

I once remember going to a shop, where the attendant, a young man in his 20s addressed my friend’s father with a “ti.” This offended the rather conservative ‘Uncle,’ who was a Russian language professor. “I’m sorry, do we know each other,” he questioned. When the attendant replied in the negative, the professor noticed his New York Yankees hat and asked him if we were in the Bronx!

Etiquette varies from culture to culture and I was amused to hear people answering the phone with an almost angry sounding “da” (yes) or an “I’m listening.” There obviously is nothing wrong with not answering with a simple hello.

When I answered the phone once for a friend, who was away, and asked a normal “who’s speaking,” she was horrified and told me that it’s not polite to ask such a question. She told me that next time, I needed to put it on the lines of “Is there something I can convey to her?”

Attempts to speak the language are always appreciated in Russia and I still seem to bring out smiles on faces of people when asking something in Russian. But, as I learned once on a road trip, there are times when it’s better to not show off my Russian language skills. As were driving on a highway in the Khabarovsk territory, we were stopped for some sort of minor violation by the traffic police. My Russian companion asked me to speak only in English and play the fool. “Put on a British accent and speak slowly,” she said as the policeman approached us. “Good Afternoon Sir,” I said in my best attempt to speak with the Received Pronunciation or the Queen’s English accent.  The man asked me for my license and documents, but of course, ‘we were foreign tourists who did not speak a word of Russian.’  He did repeat the word passport a few times, but we came up with a “what about the passport, sir”?

The policeman, after repeated and frustratingly unsuccessful attempts to speak to us, went and called his supervisor. The officer also tried in vain and my Russian friend spoke in broken English with a terrible attempt at an English accent, but it fooled the police.  Finally, the supervisor said, “let these idiots go. They weren’t in an accident anyway. It’s 200 kilometres to Khabarovsk, where are we going to find interpreters?” The junior policeman used the only English word he knew besides ‘passport.’ “Go go,” he said, as we pulled off the con job with a completely straight face.

On a serious note, learning Russian has been one of the most enriching things I have ever done in my life. It opened many new doors, opportunities, and even casual and friendly situations in third countries. The further one moves east from Moscow, the more the chances diminish of finding someone who speaks a foreign language, but then what I consider the “real Russia” is meant for those who have made an attempt to speak and master this great language.

Alexander Pushkin was a genius who changed the way the Russian language was written, with his work leading to a linguistic revolution in the country. While the works of some great Russian writers in their original language can be painfully difficult to read and comprehend for foreigners, it is different with Pushkin’s poetry. There is a magical flow in his poems that resonate and reach out to even those who can’t claim to be scholars of Russian.