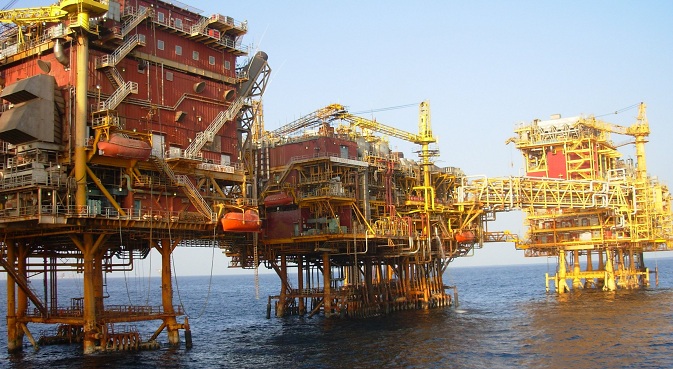 It was Russian oil exploration work that led to the discovery of Bombay High – India’s biggest oil and gas field.

In the 1960s as India embarked upon an industrialisation overdrive, its energy requirements rocketed. The country’s only oil well, in Digboi, Assam, was producing a small amount of crude, even as imports were galloping. Western energy experts were hired to look for oil in its continental shelf, but they quickly declared India was “hydrocarbon barren.” In their view, the vast country and its offshore basins were totally lacking in significant oil and gas deposits.

In stepped the Russians. From 1964-67, a Russian oil exploration team operating from the seismic exploration vessel Akademik Arkhangelsky mapped the Gulf of Khambat on the west coast. The team’s efforts led to the discovery of India’s largest oil and gas field 160 km off Mumbai. The first offshore well was sunk in 1974.

There are two theories on how the field got its name.

N. Ramalingam writes in Sampada, an offshore engineering trade magazine, that the name Bombay High was the idea of Russian geologist Kalinin.

Sam Tranum, the author of ‘Powerless: India's Energy Shortage and Its Impact', quotes M. Krishnamurthy, an Oil & Natural Gas Corp (then Commission) engineer, who was attached to the Akademik Arkhangelsky.

Krishnamurthy recalls: “We found the structure and were in a dilemma over naming the structure. Then after some brainstorming we decided to name it 'Bombay High' as it sounded rhythmic and catchy. Thereafter we acquired the drillship Sagar Samrat and the first well offshore was drilled in 1974.”

The field was renamed Mumbai High after the city became Mumbai.

The field is divided into two blocks – North and South and has more than 551 oil wells and 33 gas wells. Underwater, there is a tangle of more 3000 km of pipelines to carry oil, gas and water to and from the well on the ocean floor. Currently, the field has 1,659 million metric tonnes of oil and is producing around 12 million metric tonnes a year.

Flushed with its first major success, ONGC soon spread its activities spread throughout the country and in overseas territories – including in Russia – in later decades. So far ONGC has discovered over 5 billion tonnes of hydrocarbons.

US wants to drill

However, India’s greatest oil bonanza almost fell into American hands. In 1968 after the Russians had done all the hard work, the US Administration started pressuring India’s Petroleum Ministry to lease out Bombay High to the American oil major Tenneco. The White House was extra diligent because President Lyndon Johnson had interests in the Texas-based company.

Sailendra Nath Ghosh, the former chief of India’s Petroleum Information Service (PIS), writes that Ashok Mehta, who was the Petroleum Minister, believed oil exploration in the sea by indigenous efforts an impossibility. Several conservative members in Parliament and even the Planning Commission considered drilling in the sea a gamble and a huge waste of money, which only the richest countries could afford.

“ONGC explorationists too, with the exception of one deputy director in its geophysics directorate, were diffident,” writes Ghosh. “Hence Mehta drew up a text of agreement with Tenneco and sent it to the cabinet for approval. He felt approval by the Union Cabinet would be a mere formality.”

However, the earlier Oil Minister K.D. Malaviya had set an agenda for self-sufficiency, which was hard to ignore. In 1961, while setting up the PIS, he had told his bureaucrats: “The battle for economic independence is being fought on the front of petroleum. I need your help. Take charge of this organisation and build it the way you like.’’ Malaviya had directed the state enterprises – ONGC, Indian Refineries Ltd and Indian Oil – to share the organisation’s financial burden but not to interfere in PIS’ work.

“I mentioned the risk that some geophysicists had told me,” says Ghosh. “The lessee foreign exploration company will come to know our sea profile. It will come to know in which intersection of latitude and longitude, in which season, and between which hours of the day or night, a submarine can enter a particular horizon and remain undetected for days together. This, indeed, was a grave strategic risk and Mr Haksar was impressed.”

“Politically also, there was a risk. We are not a small country like Libya. Our giving the lease to an American company would be construed by the Soviet Bloc as our leaning towards its opposite side,” he said.

Underwater drilling was first practised in the shallow waters of the Tapti river. After gaining some experience and confidence, drilling started at the Mumbai High offshore structure, leading to the oil strike in 1974.

“This was a saga of enterprise, made by ONGC’s brave explorationists i.e. geoscientists (who included geologists, geophysicists, geochemists), drillers, production and pipeline engineers, and their support service providers, particularly the mechanical engineers and mechanics in the workshops. This bold initiative established ONGC’s reputation as an oil explorer on the global scale,” says Ghosh.