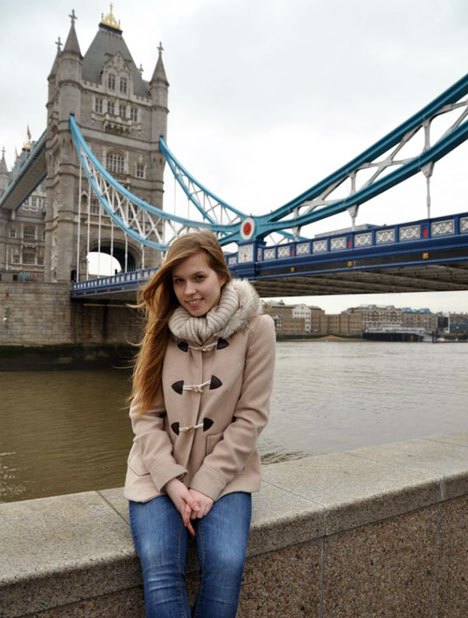 Education systems all over the world are different and it is not an easy thing to study abroad if you are used to something else. Tatiana Shilovskaya studied at a British and a Russian university and discovered the differences, drawbacks and advantages of both systems.

I spent eight months at Sussex University studying Media and Communications and then began studying journalism at Moscow State University (MSU). Now I realise that all my problems were because of the different approaches to learning in both countries.

The first month or two in the UK seemed the most complicated for me and it was not connected with language problems, difference of mentality or the difficulty of the programme.

Russians will be able to study abroad for free

It is quite a challenge to make yourself visit lectures and seminars. In England there is no such control of your studies as in Russia. If you want to, you visit classes, if you don’t then you have to handle the programme by yourself.

Of course, I had course directors and teachers who kept repeating that we should attend classes in order to proceed to the next semesters. However, it finally meant that if we fail at finals and have low attendance then they send us home and if we fail but visit most of the classes they can still let us stay.

I’ve seen both situations: a very clever student didn’t attend classes, failed, and was dismissed. At the same time, a not very successful student failed the exam, but stayed and got a chance to pass it once more because he showed his desire to stay and attended most of the classes.

The situation is different in Russia. Every lecture or seminar attendance is controlled by a professor and anyone can be dismissed for non-attendance. Moreover, during each semester at a Russian university, students have around 10 subjects or more.

In the UK, you have from four to six subjects a semester. As a result, students mostly have 8-12 hours in classes in a week while in Russia that figure increases to 15-25 hours. In the UK, I had media, sociology, English language, project studies and plenty of free time to do whatever I wanted. Of course, I had to write essays and study some books, but in Russia I had to work much harder. One of the semesters at MSU included: geography, economics, English language, Russian language, theory of literature, Russian literature, foreign literature, physical culture, multimedia, infomatics, history of foreign journalism, and basics of journalism – 12 subjects. It can be seen that Russian students have much less free time. However, in the UK it’s completely the opposite.

English students have so much free time that sometimes it seems like they never stop partying. When I was in the UK, it seemed to me that I had no time, but when I came back to Russia I missed those empty days a lot. This can be challenging for students from abroad who do not have any restrictions. As a result some of them fail the exams because they do not attend classes or do not get the information and some students get dismissed. In Britain you can sit an exam again only in the next semester because you get the result a few weeks after the exam. The reason is that all exams are written in England, not oral like in Russia.

Also, when a teacher checks the papers, he does not know whose work he is looking at which is why no one can make your mark better unless you learn the subject properly. In Russia, sometimes students beg professors for marks and get them. This doesn’t work in the UK.

In class in the UK I usually did not get new information. I received homework, got it ready for the next session and we checked it and received feedback. After that we got a new task and this went on until the exams.

In Russia, teachers made plans of their seminars and lectures and gave us most of the information in class. It didn’t mean that we didn’t do homework and study in libraries, but the systems differed so much that I had to work hard to get used to that. This is not as easy as it seems, because I was already accustomed to another way of learning when I came to Britain and when I came back to Russia I was used to the UK system and had to learn everything again.

I’ve already said that English students have a lot of free time; it is worth mentioning that most students in Britain try to find a job while they study because in the UK there is no such thing as free higher education, even for locals. Usually they pay reduced fees, almost half of what non-EU residents pay. The prices are quite high, so usually students take loans and pay them off after graduation and when they find a job.

By contrast, education in Russia is free for locals if you have gained good enough scores in the final exam. Students barely have a chance to work during the first three years at university because they spend most of the time studying.

The weirdest thing for a Russian at a British University, from my point of view, is that everyone lives in campus accommodation with other students or in private rooms for rent. Most students tend to study as far from home as possible. If you ask a student in Moscow where his place of birth is I think that most of them will answer that it is in Moscow. The number of local students will increase depending on the distance from Moscow and the number from other places will decrease. In remote places, 90 per cent of students are local. Of course, there are students who come from other cities and pay a small amount to live at university apartments or rent a flat, but their number is small. In my dorm in the UK, there were 12 students and only one was from the closest city. That’s why there are few students in the UK who live near the university and can go home every day, as is the case in Russia.