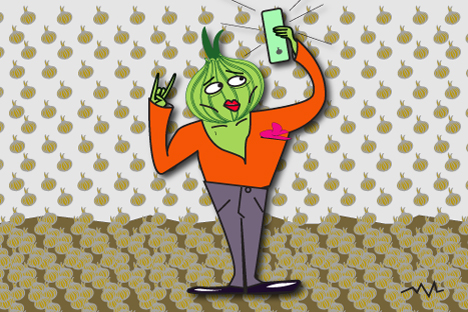 Every language has words that look and sound the same but mean different things. Russian is no exception: many Russian words have two or even more different meanings.

The word kosa means a braid and also, in another meaning, a scythe. Hence the comic play on words in the expression devushka s kosoi (девушка с косой), which can mean both a young woman with braided hair and the Grim Reaper. In addition, kosa also means a spit of land sticking out into the sea.

Klyuch means a key that you use to open and close the door but also a key to a cipher (klyuch ot shifra, ключ от шифра), a clue, and a clef (e.g. a skripichny klyuch (скрипичный ключ) is a treble clef). It also forms part of the Russian word for a spanner, gayechny klyuch (гаечный ключ).

The adjective klyuchevoi (ключевой) is used in the same sense as the English ‘key’ in key element, key player, key moment, etc. In a separate meaning, a klyuch is also a spring, a source of clean, fresh, cool water.

The word mat (мат) has three completely different meanings. First, it is the chess term checkmate. Second, a mat, especially a gym mat (gimnastichesky mat, гимнастический мат). Third, and most commonly these days, it is foul language, swear words.

Under a new Russian law that came into effect on July 1, the use of foul language is banned on television, in films, books, in the media, as well as in the theater and other public performances. The boundaries of what constitutes foul language are quite blurred (some words are considered more acceptable than others).

The debate of what should fall under "the banned" foul language has been going on for a long time. At present, experts have concluded that the ban should cover four basic roots (rude names for male and female genitals, sexual intercourse and a prostitute) and all of their derivatives.

The word klass (класс) in Russian has approximately the same wealth of meanings as "class" in English. In a school or university, it means a classroom and a group of students who study together, as well as the entire cohort of students in a particular grade.

In another sense, it means a level of quality, as in first-class, second-class, third-class. In yet another meaning, a class is a division of people in society according to their social status, e.g. working class, middle class.

The word post (пост) has until recently been used in two senses: the place where a soldier, guard or other person has been told to remain (as in guard post, storozhevoi post (сторожевой пост), which later evolved into meaning a position in a company or organization, usually one that involves responsibility.

The other meaning of the word is religious: a fast (the derivative verb is postitsya (поститься). In recent years, the word post has developed a new meaning that is to do with the advent of blogs and social network sites. It has even created a new verb, zapostit (запостить), meaning to post something on the internet.

Another word that has acquired an additional meaning as a result of borrowing from English is luk (лук). Traditionally, luk had two distinct meanings in Russian: an onion and a bow (as in a bow and arrows). Recently, in youth slang it has begun to be used in the sense of a person's looks.

The word val (вал) has even more meanings. It can mean an earthen wall, hence the names of some old streets in Moscow, e.g. Zemlyanoi Val (Земляной вал) or Koroviy Val (Коровий вал). At sea, a val is a big wave (e.g. a famous painting by great Russian seascape artist Ivan Aivazovsky is called Devyatiy Val (“Девятый вал").

It also means a shaft, as in a drive shaft. Finally, in economics, it means the gross output of a company, an industry or a country as whole.