Tolerance for opposing voices and dissent 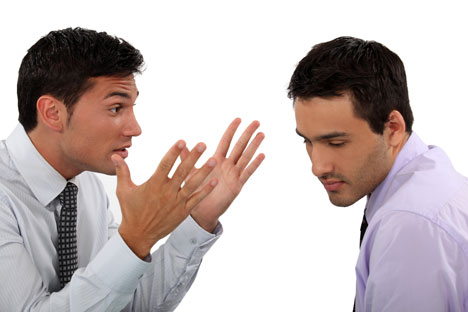 Respect for alternative points of view is the hallmark of a civilized society. Globally, it’s the people not governments that are becoming increasingly totalitarian.

It was a warm summer evening in Moscow, and politics was the last thing on my mind as I joined a few friends for dinner in my favourite Georgian restaurant in the city centre.  While we enjoyed our meal, we could hear people sitting in the next table arguing. This was no ordinary disagreement over some petty matter between friends. The group had no warring camps talking about who was responsible for the mess in Ukraine.  “The American Agent” and the “Kremlin Propagandist” nearly came to blows before others in the group separated them.

The stories of years-old friendships in Russia ending over opposing and conflicting views on the Ukraine conflict are so common now that they no longer surprise me. Just about anyone you speak to these days in Moscow seems to be an expert on the crisis in the neighbouring country. Many Russians have relatives in Ukraine (making this crisis personal) and the developments and the information war being waged makes the complete truth a victim of geopolitics.

Getting the Russian point of view across in India

In India, I’ve witnessed many a heated debate between blood relatives over national politics that have provoked family problems.  A friend from Kerala says his joint-family split after the results of the May elections. When I tried to suggest that the result may have been a trigger for long-standing problems, he insisted that they lived in harmony till then.

Tolerance seems like a vanishing virtue in India these days and people are being pushed to take hard lines. Any attack on a particular policy of the prime minister is seen as an attack on all his policies. Those sympathetic to the opposition refuse to see anything positive in the way the new government has functioned. There is one set of people who tend to passionately hate the leftist intellectuals, environmentalists and others they deem as enemies of progress. I am completely against bogus environmental pretexts being used by the competition to block an important project. However, to say that every single environmentalist in India is following some foreign agenda would be foolhardy. I found the allegations and suggestions that Greenpeace and some other NGOs were slowing down India’s GDP growth rate ludicrous. However one cannot completely rule out the fact that some NGOs could offer perfect cover for foreign governments looking to push across an agenda. Take for instance what happened in Kudankulam.

I will make no attempt to hide the fact that I have a positive impression of India’s prime minister at the moment, and I especially think he’s doing an outstanding job when it comes to foreign policy. I have also been sympathetic to the Russian position on Ukraine, since I believe that this crisis has been drummed up by the United States in order to engage Russia in proxy war due to Washington’s shrinking global clout. That doesn’t make me blind to the shortcomings of those I support. In fact, I encourage constructive alternate opinions and more importantly the right of every single person to have them.

The more I go through the comments sections of websites, the more I see that this totalitarian approach seems to have penetrated the most liberal of societies. Essentially we are turning into a world of extremists. Opposition, alternative voices and debates are healthy for a society.  We often tend to get a better understanding after listening to each other’s views.

It is one thing to blame citizens of countries that have so-called authoritarian leaders for having extreme views, but what drives those in the ‘free world’ to sound like puppets? Albert Einstein had a great understanding of this kind of mentality. “Few people are capable of expressing with equanimity opinions which differ from the prejudices of their social environment. Most people are incapable of forming such opinions,” the genius said. Yet if there wasn’t a conscious voice to fight prejudices of the social environment, then official discrimination based on caste and the practice of untouchability would not have been banned in independent India, South Africa may still have had apartheid and we’d still probably see enforced segregation in some parts of the United States.

Greater tolerance of opposing views and dissent will not only reduce inter-personal conflict, but have a macro effect that pulls the world away from confrontations. One hundred years after the First World War began with much enthusiasm, precious little seems to have changed in the world. If human beings don’t begin to learn to get along, it won’t be too long before the once-unthinkable idea of a Third World War comes closer to reality. Einstein put it best with this comment: “I know not with what weapons World War III will be fought, but World War IV will be fought with sticks and stones.”