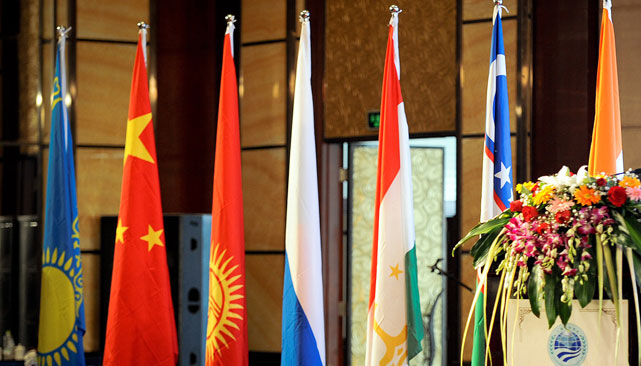 The significance of Indian membership of the grouping is not limited to “macro-political” aspects. It will also help solve many bilateral and regional issues.

The summit of the Shanghai Cooperation Organization (SCO) in Tajikistan, which begins today, has the potential to become a game-changer. The international environment is just right for the SCO’s expansion by including India and Pakistan as full members, which, in turn, would mean that the SCO itself could move from being a “China-dominated discussion club” to a real power centre opposing the forces seeking to preserve the post-Cold War unipolar global order.

One of the main questions asked by political thinkers on the eve of the summit is whether India and Pakistan will be given clear assurance of full membership.

It is an open secret that the main obstacle for India’s membership is Beijing’s ambivalence. While it is obvious for everybody that the two countries’ membership may be granted only simultaneously, China has no objections against Pakistan and has demonstrated its support for Pakistan’s membership overtly on many occasions.

While abstaining from open opposition to India’s membership, China has been all too careful to kick the issue into the long grass by posing endless conditions on minor issues. China’s reservations are quite understandable. However, the full membership of Asia’s third largest economy, India, would definitely change the balance within the organization, giving space for manoeuver to other member states.

The Ukrainian crisis has demonstrated that the West, and primarily the US, has launched an open offensive on all those who are not ready to toe its line. Under such circumstances, India’s role in global affairs becomes virtually decisive. It is too important an ally for any major power to risk losing its support. China seems to have realised this plain fact. At least, some recent statements by Chinese officials tend to point in that direction. “Relevant countries have shown their willingness to join SCO. We believe that it demonstrates the vitality of SCO. It needs further development,” said Chinese Foreign Ministry spokesman Qin Gang.

If these words of goodwill are implemented into a concrete decision in Dushanbe, and if India and Pakistan are given a clear roadmap for full membership, this would mean a real turning point in the SCO’s history, which, in turn, would reframe the whole system of international relations.

Along with BRICS, which has all prerequisites to become a second global financial and economic alternative to the remainders of the Bretton Woods system like IMF and World Bank, the SCO, without even turning into a military bloc like the NATO or super-state like EU, will form a real power centre in Eastern Eurasia effectively ruining the unipolar order.

The significance of India’s access to SCO is not limited to “macro-political” aspects. It will also help solve many bilateral and regional issues.

One of the main restrictions for India in building fruitful relations with the outside world is the lack of connectivity with countries lying to the North, including Russia and Central Asian republics. If India becomes a member of an international body enjoying equal rights with all its members, this would mean a real impetus for widening cooperation with a wide region encompassing Central Asia, Russia up to its Far East, as well as Eastern and Northern Europe.

Therefore, India’s and Pakistan’s full membership in the SCO will help regional powers to work out a coordinated and non-confrontational approach to post-2014 Afghanistan.

There can’t be any zero-sum game in Afghanistan. The only solution for Afghanistan lies in a coordinated effort of all regional power seeking to reach a “win-win” situation. The SCO, with full membership of China, Russia, India, Pakistan and others, and the observer status of Iran and Afghanistan, is the natural platform for such coordinated effort.

Whether all this may be implemented will be demonstrated by the decisions taken in Dushanbe. There is not much time to wait and see.