Welcome to the new world order 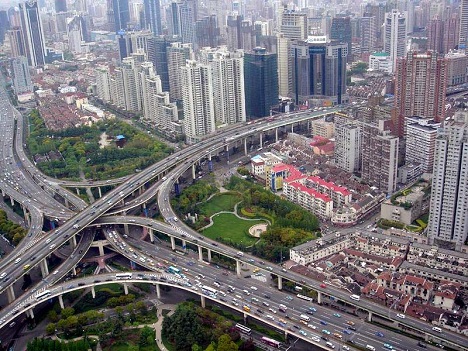 China may overtake the US in 2020. Source: wikipedia.org

The IMF’s annual report confirms the future belongs to the BRICS, with western economic power declining faster than previously estimated.

In its World Economic Report the IMF says China has unseated the US as the world’s largest economy, with India ranked third ahead of Japan. Germany, Russia, Brazil, France and Indonesia follow, with the UK bringing up the rear. There are four BRICS members in the list of the top 10 economies.

China’s economy is still smaller than America’s in US dollars, but its GDP balloons to $17.6 trillion – vs America’s $17.4 trillion – on the basis of PPP (purchasing power parity). PPP provides a more realistic picture of economic activity because it tells us how much a country’s currency can purchase at home. It is a more accurate way to compare the size of economies rather than using volatile exchange rates.

What has surprised everyone is how rapidly the western economies are declining in comparison with the emerging countries. In 1990 when the Soviet Union was collapsing and the West stood triumphant, the combined GDP of the G7 was $12 trillion larger than today’s seven largest emerging powers – China, India, Russia, Brazil, Indonesia, Mexico and South Korea. By 2013 the same seven had a combined GDP that’s $3 trillion larger than the G7.

China, for instance, has grown ignoring all projections. As recently as 2005 the country’s economy was less than half of the US. The National Intelligence Council, which oversees the US intelligence community, had predicted China would overtake the US only in 2020.

Shining India is now just a memory but a rebound is just around the corner. The only thing stopping India from growing at an unprecedented 10-15 per cent per year is India itself. Citi Group says India will be the world’s leading economy by 2050 with a GDP of $85 trillion, closely followed by China at $80 trillion and the US a distant third at $39 trillion.

Russia has jumped ahead of Brazil and is only a few dozen billion dollars shy of Germany. In fact, Russia’s rebound is the most spectacular considering its manufacturing sector had collapsed in the 1990s. It seems the more the West attempts to squeeze Russia, the more resilient its economy becomes.

In the backdrop of this massive power shift from the West to the East, how much longer can the current geopolitical hierarchy – which has remained unchanged since World War II – survive? Currently, the United Nations, IMF and World Bank are all in the laundry list of reforms.

Indian Prime Minister Narendra Modi has highlighted the incongruity of 1.2 billion Indians not being adequately represented at the UN. Indeed, the presence of Britain and France in the Security Council P5 – while India, Japan and Brazil remain outside – borders on the ridiculous.

IMF shareholding is even more bizarre. The US has the single largest share at 16.7 per cent. But China has a 3.8 per cent share – slightly lower than Italy’s, which has an economy one-fifth the size.

IMF managing director Christine Lagarde realises America’s refusal to ratify reforms – to increase the voting share of China, India and other emerging countries – spells danger for the Fund’s future. She is, therefore, keen on quota reform. “It was due in 2012. It is overdue in 2014,” Lagarde said at a press meet on October 9.

But more striking than economic decline is the defeatism and angst that has set in among westerners. A recent Pew Research Center poll shows only 28 percent of Americans believe the US is exceptional or the greatest of all nations.

“The rise of the national security state and the triumphalism of the corporate sector (along with the much publicised growth of great wealth and striking inequality in the country) has been accompanied by a decided diminution in the power of the government to function domestically and of the imperial state to impose its will anywhere on Earth,” says American writer Tom Engelhardt.

“What can be seen is the untracked rise of a Third World country inside a First World one, a powerless America inside the putative global superpower,” he adds.

Because the US is the western alliance’s engine, its sputtering morale is having a domino effect on the rest of the West. Its vassals such as Saudi Arabia, UAE, Qatar, Kuwait, Georgia and Pakistan also face uncertain futures.

As the emerging economies grow in size, it gives them the critical mass to lay down the foundations of a new order that is autonomous from the western international order.

To be sure, the loss of absolute power doesn’t mean the West will be eating grass in the future. Its decline is only relative and it retains many core strengths. The overall quality of life, for instance, in the US and Europe is far higher than in China or India. Western multinational corporations control a good chunk of global manufacturing. Western universities attract hundreds of thousands of students from emerging countries. Silicon Valley’s R&D and innovation is unmatched.

But the days when the West was unchallenged and could steamroll countries are over. With each passing year China, India and Russia get richer and militarily more powerful. The gap in living standards is closing rapidly. By 2050 the 10 largest economies will include new entrants Egypt, Mexico and Nigeria, with only the US representing the West. Welcome to the polycentric world order.