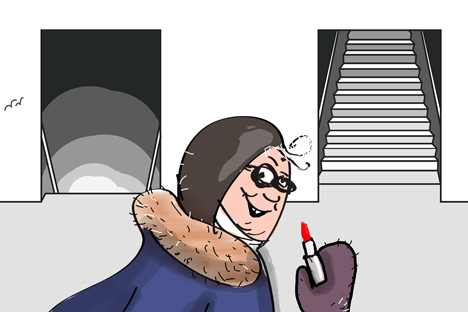 Many Russian words - mostly with Latin or Greek roots - came to Russia from the Western European languages. However, today they have a much narrower or even a completely different definition. This can confuse the inexperienced translator.

In Italian accordo means ‘consonance’. In other languages words with this root can have a broader meaning, such as ‘consent’, ‘agreement’, or ‘arrangement’. However, in Russian the word is used only as a musical term to mean "a combination of several musical sounds of different pitch perceived in harmony."

Borrowed from the French with origins in Latin. In Latin, artist means ‘craftsman, master’. In modern Russian the definition of this word is more limited than in other languages: Artists are usually actors who perform on stage (theater, opera, pop music) or in film. "You're such an artist!" can be said about someone who has done something particular, extravagant or even amazing. But unlike in English, a painter cannot be called an artist in Russian.

Borrowed from the Greek, in which deka (dekados) meant ‘a set of ten’. The word exists in many European languages, meaning a period of ten years. In Russian, however, dekada means a period of ten days.

Borrowed from the German Klimax, which originated from the Greek, meaning ‘ladder’. In English the word ‘climax’ has a broad definition: It can mean culmination, denouement, the highest point of any process. In Russian (as in other languages) this is a medical term meaning "the cessation of a woman's reproductive ability, which is followed by disruption and then conclusion of menstruation".

Borrowed from the German Konduktor, which originated in the Latin conductor, meaning "an escort, one who accompanies". In some modern European languages the word means the director of an orchestra. But in Russian it only means "a public transportation worker who sells passengers tickets” – a meaning which still exists in English. In Russia a konduktor is usually found on buses and trolleybuses.

Borrowed from the German Magasin (or the Dutch magasijn), which originated from the Arabic makhzan, meaning storehouse. In most modern European languages the meaning of this word has changed: It means a periodical publication – though in English it is also used to describe a container for rounds of ammunition that is attached to a gun, so in this case it preserves something of its original meaning of a ‘storehouse’. In the Russian the meaning has shifted, but not so radically: A magazin is first and foremost a space for retailers.

Borrowed from the German Prospekt, which had come from the Latin prospectus, meaning, ‘view, look’. In modern Russian the word has three meanings: "a long, wide and straight street"; "a brief summary of a publication about to be printed (for example, a scientific monograph pamphlet)"; or "an informative publication that advertises something (for example, a company prospectus). But it is not used in the meaning of ‘perspective’, ‘view’ or ‘outlook for the future’ as in modern English.

Borrowed from the German Spekulation, which had come from the Latin speculatio, meaning ‘investigating, exploring’. In modern Russian this word, meaning "buying and selling property, valuables, products, goods, etc. in order to obtain profit (usually by using various prices)" has an extremely negative connotation (this goes back to Soviet times, when prices on all goods were centrally fixed). The other meaning, ‘a philosophical conjecture’, is exceptionally rare.

Borrowed from the German Familie, which had come from the Latin familia, meaning the household. Modern European languages use this word to define the members of a household, the family. In Russian the word familiya means surname, family name; the name added to everyone's personal name.

These are names of two fabrics that are often confused in translation. The right Russian translation of the word velvet is barkhat, and of the ward satin - atlas. The Russian word velvet means corduroy; and the Russian satin means a poor type of atlas, one of the cheapest fabrics, a symbol of wretchedness (in Soviet times it was used for sewing the wide, so-called ‘family’ underwear).

Read more: On the whole, along the way, as if: Clichés in speech and filler words>>>