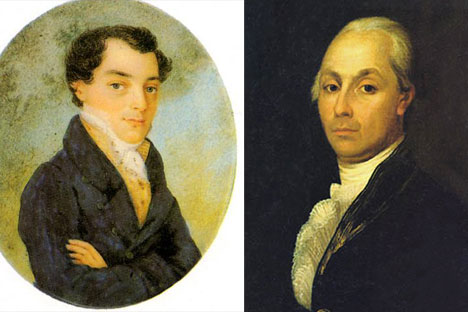 It’s well known that Russian writers were jailed or executed in the 1920s and 1930s, but was this just a Soviet phenomenon? Did Russian writers face jail for their views before the revolution? - Terry P. Newell

Absolutely. Although the literary purges in the early years of the Soviet Union were on an unprecedented scale – the Bolsheviks wanted to destroy pre-revolutionary aesthetics – writers had trouble with the law in the Tsarist period too.

One of the most famous writers who did prison time was Fyodor Dostoevsky – but it could have been a whole lot worse for him. In 1846 the 25-year-old Dostoevsky, already a noted writer and member of several literary circles, began attending events run by Mikhail Petrashevsky, a military doctor turned revolutionary. At these “Fridays” people discussed the abolition of serfdom, regime change and used Petrashevsky’s own library of banned books. In two years, the police uncovered the Petrashevsky circle, and Dostoevsky was held for 8 months in a cell in the Peter and Paul Fortress in Petersburg. He was eventually sentenced to death by firing squad, but this was commuted to exile in Siberia moments before his execution. If you read his book “The Idiot” you can see how vividly he describes a similar scene there. The writer did four years of hard labor in Omsk and then served as private in present-day Kazakhstan. He only returned to live in central Russia in the late 1850s.

Archpriest Avvakum Petrov (1620 - 1682) was a high-ranking Moscow priest who led the opposition to Patriarch Nikon’s reforms of the Russian Orthodox Church. He was sent to the Siberian city of Tobolsk as a punishment for his rebellion against the Patriarch, spending 10 years there. When he finally returned to Moscow he was quickly exiled again to Pustozyorsk, where he was kept in an underground prison cell for 14 years. He spent this time writing an autobiography about his time in exile called “The Life of the Archpriest Avvakum,” which is notable for being the first autobiography in Russian and for its use of simple, informal language that provides us with a unique linguistic record. There was no last-minute reprieve for Avvakum: he was burned at the stake.

Alexander Radischev (1749 - 1802) was a well-educated nobleman and courtier who studied law in Leipzig, where he embraced ideas of European Enlightenment. When he returned from Europe he enjoyed a good career in the Russian civil service, eventually becoming the head of the St. Petersburg customs. Radischev also wrote prose and poetry that was published in Russian magazines. In May 1790, Radischev self-published “Journey from Petersburg to Moscow,” a polemical study of Russia’s social and political problems in the form of a guide book. The work caused an uproar: no one dared to openly criticize Catherine the Great, the then Russian Empress. She called Radischev “a mutineer, worse than Pugachev!” – who had actually led a rebellion against her. It only took until September for Radischev to be jailed and then sentenced to death, but Catherine herself commuted this to 10 years exile in Siberia. When the empress died, Radischev was allowed to live on his family estate.

Poet Kondratiy Ryleev (1795 - 1826), a wealthy high-ranking official, was a member of the circle of young noblemen who later became known as the Decembrists – on Dec. 14, 1825, they tried to organize a coup d’état. Using Imperial Guard regiments loyal to them, the Decembrists tried to overthrow the autocratic Tsarist system by stopping Nicholas I from acceding to the throne. When the uprising was suppressed, the five main organizers, including Ryleev, were sentenced to death by hanging.

Read the previous blog: Did Dostoevsky and Tolstoy meet each other?