Why Russia must offer moral support to African-Americans 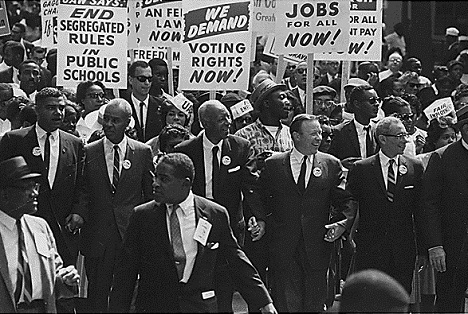 “I did more for the Russian serf in giving him land as well as personal liberty than America did for the Negro slave set free by the proclamation of President Lincoln. I am at a loss to understand how you Americans could have been so blind as to leave the Negro slave without tools to work out his salvation. In giving him personal liberty, you gave him an obligation to perform to the state which he must be unable to fulfill. Without property of any kind he cannot educate himself and his children. I believe the time must come when many will question the manner of American emancipation of the Negro slaves in 1863.”

These are the words of Tsar Alexander II of Russia to American banker Wharton Barker on August 17, 1879. Barker was the American representative of Baring Brothers, the London bankers, and in 1878 the financial agent in the US of the Russian Government. He was entrusted with the building of four cruisers for the Russian Navy, and was made Knight of St. Stanislaus by Alexander II.

Historian and journalist Webster Griffin Tarpley is among the few contemporary Americans who have acknowledged the Russian tsar’s foresight. He writes: “All this makes clear the keen appreciation the Emperor Alexander had of what he had done for his serfs—and of what Americans had done for the Negro slaves. The hopes and dreams of the emperor, and of the great men who helped him free the Russian serfs, and the hopes and expectations of Lincoln, Garrison and the thousands of Americans who gave their lives and fortunes to the cause of Negro emancipation, have not been realised.”

But the tsar’s fears have been realised, says Tarpley. “The emperor was right in thinking the solution of the Negro slave question would debauch our people and bring serious trouble to America. But, as I reflect upon what he said regarding the clash of classes in Russia and in other European countries, and upon the same conflict in America between the ‘House of Have’ and the ‘House of Have Not’, I am led to wonder at the grasp of the great man I talked with so long ago at St. Petersburg. Even more prescient was his forecast of the American industrial conditions of today.”

The Russian emperor offered another chilling warning: “Your great industrial development has built up very large fortunes in few hands; and the conditions such fortunes produce must bring on a class conflict that cannot fail to make a test of the stability of your institutions. The men who have those fortunes know only the law of greed; they have no respect for the rights of others; and they will surely make an effort to use the strong arm of government to enslave the people. They will use the public franchises you grant in so liberal, so dangerous a way, to tax the people. These men of large fortunes will organise into groups to increase their power, and their aggressions will as surely drive the body of your people to the enactment of laws which may be most hurtful to the general prosperity. I see a great conflict must soon come in America between the few who have vast fortunes and the many reduced to a kind of industrial slavery.”

Nearly 150 years after slavery was abolished, America’s blacks continue to be in chains. It has become a country where blacks are denied the right to social mobility that is every American’s right. In the entire history of mankind such a systematic destruction of a community has scarcely been undertaken. While the Jewish Holocaust lasted just 14 years, the Americans have been lynching and ghettoising African Americans for more than 200 years. The US claims to be the land of the free and yet black children can’t walk safely without the likes of George Zimmerman and Darren Wilson gunning them down.

When Barack Obama became the US President, there was a lot of chatter about “post-racial” America. However, the reality is as usual different. For, the elevation of a black man to the highest office in the most ‘exceptional’ and ‘moral’ nation on the planet has resulted in a backlash from the white praetorian guard. “For those who've long treasured white exclusivity, the existence of a President Barack Obama is discombobulating, even terrifying,” writes American journalist Ta-Nehisi Coates in The Atlantic.

White Americans have become more militant and apprehensive; they are walling off themselves from minorities; they are moving into whites only housing developments; and buying guns at an unprecedented rate. There has been a spate of shootings of blacks, including children, by frenzied American policemen, during Obama’s presidency. Because the police force in the US is free of political control and also attracts the most racist elements of American society, blacks are being targeted everywhere.

Why Putin is winning the new Cold War

In this backdrop of Gestapo-raj, powerful and independent countries such as Russia should offer support – even if only moral – to America’s black population. Moscow does not even have to offer material in the manner Washington is offering to Ukraine. For instance, at platforms such as the UN and G-20, Moscow could raise issues concerning African-Americans – their extremely high incarceration rates, the huge number of blacks on death row, illegal stop-and-frisk by cops, all-white juries in cases involving black defendants.

It would not be a mere symbolic gesture. For instance, it was the establishment of a communist government in Russia that catalysed workers’ rights in the US. After Moscow gave women the right to vote in 1917, Britain and Germany did the same in 1918. The US followed reluctantly in 1920.

Martin Luther King pointed to the Russian writer Leo Tolstoy as a primary source of his inspiration. King read Tolstoy’s The Kingdom of God is Within You and War and Peace. At the 34th Annual Convention of the National Bar Association in 1959, King quoted the following sentence from the book: “I cannot conceive of a man being free unless he is dead.”

Although King didn’t agree with the sentiment literally, he agreed with the idea that an absence of freedom was the same as the presence of death. So the unjust treatment of minorities during the Civil Rights Movement would, in effect, kill a part of them spiritually, according to King.

In a TV interview, King once described how he owed a debt to Tolstoy, but also differed in some ways with the Russian author’s radical purity: “Now, some pacifists are anarchists, following Tolstoy. But I don’t go that far. I believe in the intelligent use of police force. I think one who believes in nonviolence must recognise the dimensions of evil within human nature, and there is the danger that one can indulge in a sort of superficial optimism, thinking man is all good.”

King also made this distinction between his beliefs and M.K. Gandhi’s: “I think it is just as bad to passively accept evil as it is to inflict it.”

Over 18,000 black Americans moved to the Soviet Union after the 1917 revolution. “Most of the African Americans who came to Russia were seeking a better life, desperate to flee the social inequality and Depression-era hardships that racked America at the time,” says a report in the Los Angeles Times. "They were looking for a society where they could escape colour prejudice and racism. They were engineers, educators, entertainers, journalists, lawyers. The actor-activist Paul Robeson and poet Langston Hughes were among those travellers captivated by communism.”

“The experience of African Americans who travelled to or settled in Russia was overwhelmingly positive, descendants said. In turn, they made valuable contributions to Soviet society. Agricultural specialists helped devise different uses for materials, such as rope made from hemp. They also helped develop plant species that were cheaper to cultivate. Their contributions provided a boost to the Soviet economy.”

Russia’s significant relationship with African-Americans is one of the few instances of foreign support to this oppressed minority. Nearly a century later, black people still need significant outside help.