US diplomatic impunity: What it means for India-US ties 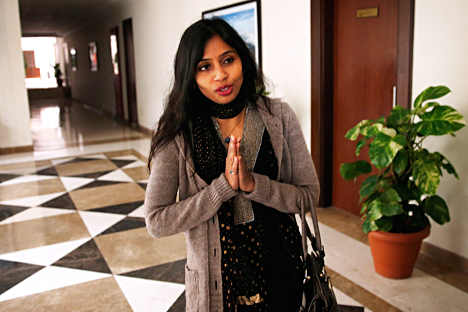 Rakesh Krishnan Simha tries to unravel the inside story of how the US tried to infiltrate the Permanent Mission of India to the United Nations, the controversial arrest of Devyani Khobragade on false charges and America’s hands off policy when it involves Russian diplomats.

In August 2012 Indian diplomat Devyani Khobragade and her husband Akash Singh Rathore were looking for a maid for their then six-year-old daughter Amaya. One of the applicants was a 41-year-old woman named Sangeeta Richard, who greatly improved her chances of getting the job by casually throwing in this line: “What a coincidence! I used to babysit a child named Amaya in my previous job.”

One of the basic premises of counterintelligence is that coincidences do not just happen. Things happen for a reason. Amaya, for instance, is an exceedingly uncommon name. But apparently, Indian diplomats are not trained to spot these traps.

A high level source close to the Ministry of External Affairs (MEA) told this writer that Richard – who is from Kerala – had been coached by American intelligence agents operating from the US embassy in New Delhi to spin the story that she had been a maid to a child named Amaya. The idea was to get Khobragade and Rathore to connect with Richard at an emotional level. If she had cared well for a previous Amaya, then Amaya Khobragade was in good hands, they would reckon.

Curiously, in a profession like hers where one almost always throws in links and references, Richard never divulged the fact that her mother was a long-term maid at the house of Wayne May, a member of the Bureau of Diplomatic Security –a euphemism for CIA spy – at the US embassy. In a maid’s resume, an embassy stint would have been a career highlight, and not something one would hide.

It gets murkier when you realise that May and his wife Alicia are the disgraced diplomatic couple who had written – over a period of three years – extremely offensive and downright racist comments about Indians.

It was the same couple that was involved in spiriting three members of Richard’s family from India two days before Khobragade was arrested and strip-searched in New York. May and his wife were expelled following Khobragade’s arrest.

That Richard was hired by Khobragade is also a pointer to the near complete absence of security checks by the MEA when it comes to vetting staff.

Perhaps you are wondering why the Americans would go to such great lengths to smuggle a spy into an Indian diplomat’s household when it has extensive electronic intelligence gathering resources? After all, didn’t Edward Snowden reveal that the US is extremely successful in spying on India, with the country being the fifth most penetrated country by the National Security Agency (NSA)?

Well, there are two reasons why the US intelligence decided to go ahead with ‘Operation Richard’. One, humint (or human intelligence) is still a sought after asset despite advances in spying technology. One good spy on the ground can offer more reliable information than a billion dollar spy satellite circling 35,000 km overhead.

But according to the MEA source, the real reason is the NSA was unable to electronically penetrate the Permanent Mission of India to the United Nations. Not because India had thrown some impenetrable cloak around the mission, but because of the intense jamming and other electronic activity by other countries around the mission which is located at 235 East, 43rd Street (between 2nd and 3rd Avenue), New York. “It was the NSA’s failure to get through the electronic clutter and get signals access in the mission that forced the agency to go for the riskier option of trying to send in a spy,” the source said. “Richard was thus the US intelligence community’s first attempt to get a spy into the Indian mission.”

What forced the US to spirit out Richard? Was Indian counter-intelligence about to swoop in on Richard? Did a friendly foreign intelligence agency tip off the Indians?

That side of the story may never be known or at least won’t be known for a long time. But take another look at the US’s overreaction. Khobragade was accused of flouting the American law by falsely declaring that she was paying Richard the minimum wage while she was in fact paying her far less. In reality all Indian diplomats do this and the US knows this. And yet Khobragade was targeted.

Now consider the action taken – or rather not taken – against 49 Russian diplomats who the FBI accuses of defrauding the American government to the tune of $1.5 million over a nine-year period. “The defendants underreported their income to an amount below or at the applicable Medicaid eligibility level in order to qualify for Medicaid benefits,” an FBI press release alleges.

And what did US attorney Preet Bharara do? Ever keen to act tough against Indians, Bharara didn’t have the guts to touch the Russians. No action was taken against these diplomats. Neither did the FBI press for an indictment, as would be expected in a case allegedly involving such a large amount. What was publicly filed on December 2013 was a mere complaint.

The MEA source says when the Indian government suspended myriad entitlements, privileges and immunities that American diplomats enjoyed in India, and expelled May and Alicia (the racist diplomat and wife), Khobragade received a deluge of phone calls from the Russia diplomatic fraternity, saying they really appreciated the fact that India was standing up to US bullying.

The Russians told Khobragade the reason why the US wouldn’t dare touch one of their diplomats was because the Americans knew the Russians would hit back hard. “Our government backs us with strength while your government does a lot of talk; India really needs to back you up,” a senior Russian diplomat told Khobragade.

Despite its status quoist nature, the MEA came out all guns firing, and handed the government a list of three American diplomats it wanted to expel. “The message the ministry wanted to send across was that one Indian was equal to three Americans,” says the MEA source.

This would have been an unprecedented act because no country – except Russia – has expelled so many Americans over a single incident in the post Cold War years.

However, expulsion is the prerogative of the Home Ministry, and it pruned the list to two. When the list reached the Prime Minister’s Office, it got cold feet and gave the green light to expel just one – Wayne May. “The fact that then Prime Minister Manmohan Singh’s daughter is based in the US may have played a part in the PMO’s decision to go easy on the Americans,” says the MEA source. He adds that nearly all Indian envoys and many ministers have their children studying in the US, and are therefore extremely vulnerable to such pressure.

A report in The Frontline says India’s establishment is more vulnerable now than at any point in the past. “The large number of politicians, bureaucrats and military officers whose children study or work in the US provide an easy source of influence. Efforts to recruit from this pool are not new. In the early 1980s, the son of then R&AW chief N. Narasimhan left the US after efforts were made to approach the spy chief through him.

“Narasimhan’s son had been denied a visa extension, and was offered its renewal in return for his cooperation with the US’ intelligence services. According to a senior R&AW officer, not all would respond with such probity.”

Lapsing into the past

Indians watching the Modi-Obama meeting on primetime must not forget that the US is an expansionist country that seeks to infiltrate – in the words of Malaysia-based author Iain Buchanan – “every sector of influence in a society, from religious groups to government departments to local charities to private business”.

The massive US intelligence operation against India does not hint at good intentions. Over a period of three years Wayne May and his wife Alicia, openly expressed their disdain for Indians on social media. "It's the vegetarians that are doing the raping, not the meat eaters — this place is just so bizarre," Alicia posted in 2013. When another friend commented he had never raped anyone, she wrote, "Applies only to Indians, not westerners!"

The Americans also have a sense of entitlement. At Indian airports, US diplomatic delegations often demand they be rushed through without being subject to routine immigration checks.

The clutch of privileges and immunities (such as airport passes and exemption from traffic tickets) that American diplomats enjoyed in India was a quid pro quo for assisting the country during the 1962 China War. In return Indian diplomats got nothing. It took the humiliation of Khobragade for the MEA to finally withdraw them.

In fact, after the Khobragade episode the US decided that the Indian embassy in Washington would no longer have reserved parking. Now compare this with the acres of prime land in New Delhi’s Chanakyapuri given free to the American embassy. Unless India revokes such unilateral privileges, the Americans – and other countries too – will take the country for granted.

India’s Ministry of External Affairs behaved uncharacteristically strongly during the Khobragade episode. The diplomatic gains made during that period must not be frittered away by an Obama-obsessed India.

Indians must not forget that the US is a rapidly declining and self-destructing power. It is running out of friends, it is intensely disliked in its own backyard by every Latin American country, and its chief rivals China and Russia are bonding beautifully. It is, therefore, desperate for India’s markets and friendship. This time around, it’s the US that is needy.