Robot-avatars on Earth and in space 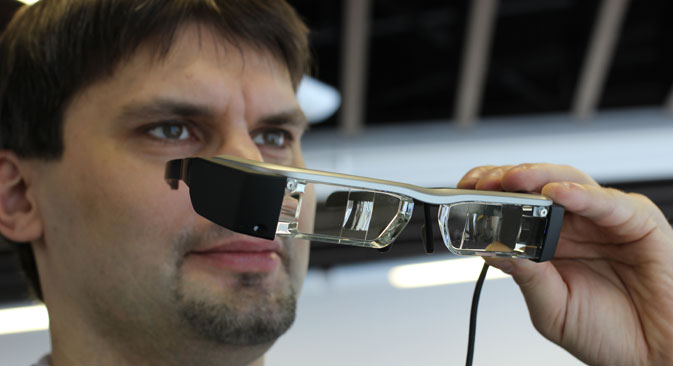 Dzmitry Tsetserukou: "One of my latest projects is a remote control system for operating robots." Source: Skoltech

“I hope that the first astronaut with robotic arms will be from Russia.”

Dzmitry Tsetserukou received a Ph.D. degree in Information Science and Technology from the University of Tokyo, Japan, in 2007. From 2007 to 2009, he was a JSPS Post-Doctoral Fellow at the University of Tokyo. He was an Assistant Professor at the Electronics-Inspired Interdisciplinary Research Institute, Toyohashi University of Technology from 2010 to 2014. He has been working at Skolkovo Institute of Science and Technology (Skoltech) since August 2014. Tsetserukou is a director of the Intelligent Space Robotics Laboratory and is currently establishing a Smart Robotics Interfaces and Wearables Research Group.

His research interests include sensors for robots, wearable haptic and tactile interfaces and displays, humanoid robots, telexistence, affective haptics, human-robotic interaction, virtual and augmented reality, artificial intelligence and natural language processing. He was an organizer of the first Workshop on Affective Haptics at IEEE Haptics Symposium 2012 and served as co-chair of the Augmented Human 2011. Dzmitry has been a member of the Institute of Electrical and Electronics Engineers (IEEE) since 2006, the Virtual Reality Society of Japan (VRSJ) and the author of over 70 scientific publications, three patents and a book. You can contact Dzmitry at D.Tsetserukou@skoltech.ru.

Currently, one of our laboratory's objectives is to study where space robotics can be used, as well as what kinds of space projects Russia is capable of implementing in the near future.

Traveling to open space is dangerous, but not only because of the temperature fluctuations. On the Earth's orbit the temperature of the side that faces the sun can hit 120 Celsius, while on the side that’s in the shade it’s -100 Celsius. Space debris pollution has also increased. This includes spent rocket stages, old satellites and particles.

Space debris flies at a high speed (8 km/s), which exceeds that of a bullet (0.6-1.5 km/s). Such objects can collide with spacecraft and damage the solar panels of the International Space Station, telescopes and star trackers.

If even a tiny object breaks through a space suit, depressurization occurs. We also should not forget about the impact of galactic radiation, which increases an astronauts' risk of developing Alzheimer's disease.

Robots that work outside the space station are able to guarantee man's safety. These avatars can be operated from Earth. This kind of robot can carry out studies, take photographs, assemble objects and help connect space apparatuses. It can even replace a human being on a flight to Mars.

Infinity minus infinity: the future of mathematics and technology

One of my latest projects is a remote control system for operating robots. The idea is to create an artificial arm with sensors that would help “feel” touches and transmit this sensation to the operator on Earth or in the space station. Such an arm would have a tactile sense on its entire surface, making it conducive for interaction with astronauts or the mechanical parts of a space apparatus. These projects are important for creating a base on the moon, since it will probably have to be built by robots.

The exhaustion of rare mineral and precious metal reserves will certainly lead to a search for them on other planets. Given the length of such flights and the difficulty of extracting resources, robots and exoskeletons will be irreplaceable. It is important to create industrial space robots that would be able to function for a long time during drastic temperature changes.

That is why it is necessary to develop solar battery technologies, lithium-ion accumulators, composite materials for robot parts, as well as 3D technology seals for producing robot details on space stations. Robotic planetary stations must be self-sustainable.

Rapid prototyping technologies potentially could have a big impact on food for astronauts. I am pretty sure that in the near future we will see a 3D printer that produces food for astronauts. Just imagine that a user can order a machine to make Margherita, Neapolitan or California style pizza with one touch. All ingredients will be loaded into the space-cooking machine and all suspended particles in the food printer will be cleaned automatically. No cans and tubes anymore!

In 2013 Japan became the first country in the world to send a robot to the International Space Station (ISS) - Kirobo. Its mission was to be an interlocutor for Japanese astronaut Koiti Vakata. The robot can recognize human speech and identify its interlocutor. Now, besides Kirobo, Robonaut2 and several SPHERES cubic robot-satellites are also aboard the ISS. They all came to the station with various aims and one main mission: to help astronauts in their daily lives. For now they lack intellect, but in the future everything will change.

We can create a virtual reality system for training astronauts, one in which people could feel and manipulate objects in conditions of zero gravity with the help of tactile and kinesthetic (haptic) interfaces. Such developments already exist for medical personnel. In Japan I participated in the creation of a system that teaches you how to correctly hold and move patients, including paralyzed ones.

Robotic prosthetic limbs could open the doors for disabled people to travel to space and help them to become equal members of the astronaut team. I hope that the first astronaut with robotic arms to fly to the Space Station will be from Russia.

One of the branches of study will be dedicated to intelligent space suits with augmented reality. Astronauts who spend a lot of time in zero gravity need physical weight. A space suit with an integrated intelligent exoskeleton could help them. Its objective is to create the effect of resistance to muscles, which help in flexing and extending limbs. In such a way astronauts would avoid the weakening of their muscles that arises when there is an absence of weight or low pressure.

My group, which was formed at Skolkovo, will work with cloud swarm robotics. This is a system that uses artificial intelligence, for which man creates objectives. The system then distributes the objectives among separate robots and operates them as a whole. Simply put, this system will consist of a robot brain and robot functions. The latter can be robot arms, robot laboratories, robot eyes and so on. 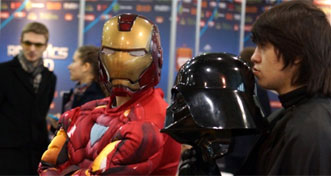 Robots: supertechnologies made into reality

For example, if we need to explore lunar craters and bring samples to the central station, the experienced calculating module can break the objective down among a swarm of robots. Thanks to this system we can create an accurate map of the moon, determine the substance of the satellite based on its surface and register the images. This is essentially what you find on Google Street View, so that the user can enjoy the lunar surface from any point on our planet.

Swarm space flying robots (space UAV) can be an extremely useful apparatus for managing space debris as they can collect it and send it back to Earth in the space capsule.

We also plan to create humanlike robots that could be useful for carrying out scientific research. In the future they will be able to operate vehicles autonomously with the help of computer vision. Actually, these and many other emerging issues for the robotics industry will be discussed at the Skolkovo Robotics forum from March 20-22, 2015 at Skolkovo Innovation Center, Hypercube, Moscow.