An iconic dish for an iconic day 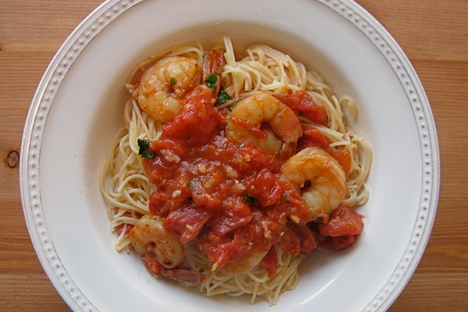 The first Sunday of Lent celebrates icons, an integral part of the Orthodox faith. 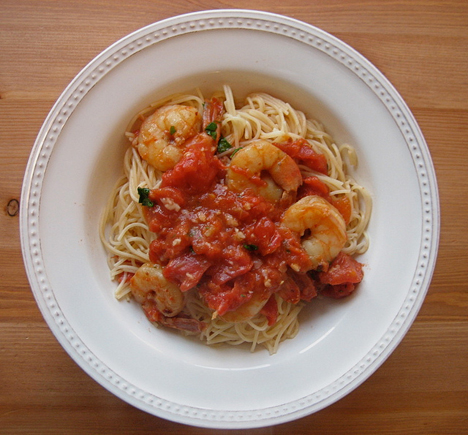 ICON OF THE DAY: 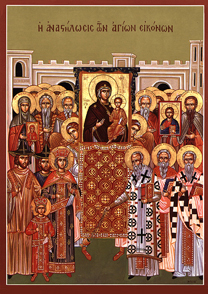 Those who are familiar with Orthodox worship will know which side won out. The veneration of icons, or images of Jesus and the saints, is an integral part of Orthodox faith. Orthodoxy teaches that humans were the first icons – made in God’s image. Icons themselves are an extension of this belief.

Venerating an icon is not worshiping an idol, but rather showing reverence towards the person depicted in the image.

There is no particular tie between the Triumph of Orthodoxy and Lent. It just happens that this feast falls during the season.

To cook shrimp, heat 4 Tbsp oil in a large skillet over medium heat. Add approximately 2 tbsp garlic clove slices and sauté until they are golden. Add shrimp. Saute about 5 minutes. Remove from pan. Add to sauce along with basil and simmer a few minutes. Serve over pasta.