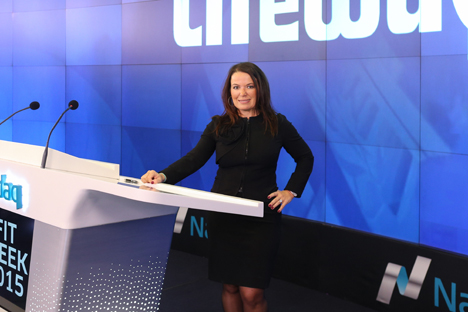 Growing up in the Soviet Union, March 8 was a significant holiday. International Women’s Day – celebrated on that date since 1913 – was a day to honor femininity, motherhood and beauty. Less thought seemed to be given to women’s accomplishments and contributions outside the home.

In the 22 years since I immigrated to the United States, and the 17 years since I founded my company as a young entrepreneur, I’ve seen our global perspective about women’s lives expand. Today, we are more aware of the importance of our professional aspirations, development and success, and our pivotal roles in the community.

Opinion: Why do most Russian women hate feminism?

I was delighted to hear that this year’s theme for International Women’s Day is “Make it Happen.” In all spheres – business, politics, athletics, the arts as well as the family – women are making it happen every day. We are envisioning and creating multi-faceted lives, as we stay current with the evolving world.

In honor of International Women’s Day, I spoke with three Russian-speaking women who exemplify dedication and accomplishment. Their pursuits are diverse, but each has achieved success by acting upon a clear vision and facing challenges undaunted, with her eyes on the bigger picture. Each inspires us to live fulfilling and rewarding lives.

“Play to your passion. You have one life – use your time wisely to do what you love. You will be more successful,” advises Julie Smolyansky, CEO of Lifeway Foods, who was born in Kiev, Ukraine.

At age 27, Smolyansky became the youngest CEO of a publicly traded company. As Lifeway has grown and prospered, she has also raised two daughters and been an active member of the United Nations Global Entrepreneurs Council. Her personal mission, “being a change maker,” motivates her to keep the company evolving and its products truly valuable.

Natalia Yurchenko’s passion is gymnastics; she says that for her, entering a gym feels like “walking into a magical castle.” Born in the Siberian city of Norilsk, Yurchenko was the all-around gold medalist at the 1983 World Artistic Gymnastics Championships and is now an internationally recognized gymnastics coach.

For Yurchenko, the path to success has been paved with conscious goal setting. She describes her past in terms of these goals: qualifying for the team, working with her team to qualify for championships, then winning the championship. Today, this mother of one daughter continues to write down her goals and dreams.

Like Yurchenko, Anna Reznik is in the business of passing the torch of passion and hard work to the next generation. Born in Moscow, Reznik toured the world as a ballerina and is now the artistic director of Joffrey Ballet Academy and the mother of a son. She credits willpower – developed during rigorous ballet training – as the key to her success.

Training in ballet or gymnastics requires uncommon discipline, commitment and perseverance. Yurchenko believes that the personal connection between athlete and coach is at the heart of success, and she nurtures this relationship with her students.

She explains that even when she didn’t understand the “why” of her teachers’ instruction, trusting their guidance was a critical element in developing a strong foundation. She didn’t know the extent of her own potential, but her early coaches urged her parents to take her to audition for the elite training program that helped lead to her outstanding accomplishments. 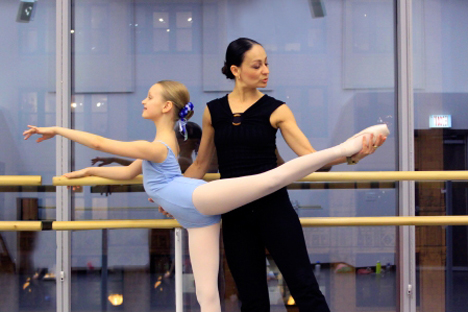 Whereas Yurchenko and Reznik trained rigorously in their fields from an early age, Smolyansky’s path was less direct. At the University of Illinois, Chicago, she studied psychology and women’s studies, not business or nutrition.

But while working at Lifeway, a company founded by her father, she fell in love with the brand’s positive impact. She came to recognize that Lifeway helped people make healthier food choices by making healthy food more accessible.

Since being at the helm of the company, Smolyansky has taken a very active role in Lifeway’s mission and development. She has hired strong leaders, utilized the latest in technology and social media, and has expanded into international markets. (Several years ago I visited Hong Kong and was pleasantly surprised to see Lifeway kefir in the market at the famous International Fashion Center!)

She has also gained new perspectives about people and found herself empowered by the stories of other women. She sees Lifeway as the perfect platform for unlocking her passion for bringing about positive change. She has a sense of urgency about helping give a voice to young women and increasing women’s roles in corporate, community and government leadership.

No road to success is perfectly smooth, and it’s impossible to “make it happen” without strength in the face of obstacles.

Yurchenko’s greatest challenge was a fear of competitions. “During practices, I performed to the fullest – I could feel each movement to the ends of my fingers and toes – but at competitions I always held back to be safe,” she says. To overcome her fear, she focused on what she really loved: gymnastics itself, rather than winning medals.

It was her father’s death that propelled Smolyansky into company leadership at such a young age. While dealing with both grief and sudden responsibility, she learned that leading a company meant dealing with scarce resources, not enough hours in the day and having to make one difficult decision after another. Meeting each challenge has required a strong belief in herself and her goals.

“Get rid of the fear of failure and start somewhere,” Smolyansky advises. “There is no perfection, and everything is a pilot project. Make a decision and learn, change and improve.”

Sometimes, goals have to be adjusted. Yurchenko was headed for the Olympics in 1984, which was the year the Soviet Union decided not to send a team. She won a gold medal at that year’s Friendship Games, but missed her chance to become an Olympian. Today, one of her most cherished goals is to participate in the 2020 or 2024 Olympics as a coach.

For Yurchenko, success required a willingness to make mistakes and also surrounding herself with people who believed in her. Reznik encourages her students to have the same strength of purpose she developed as a young dancer. Taking care of yourself, including developing relationships with a network of supportive, like-minded people, will make you a stronger professional, Smolyansky adds.

When I was a child, March 8 was the day when my father gave flowers to every woman in the family and we had a day off from school. Femininity and motherhood are worthy of celebration, and who would say no to a beautiful floral arrangement?

But International Women’s Day is about embracing all that women are and all that they achieve. As we continue to support and encourage women’s strength and leadership – in business, in politics and throughout the community – we are building a better world.

Women like Natalia Yurchenko, Anna Reznik and Julie Smolyansky are a constant inspiration. Each has “made it happen” in her life by finding and pursuing her passion, setting goals and realizing them through creative persistence.

American women were behind the first commemorations of International Women’s Day, so why isn’t it a holiday in the United States now?