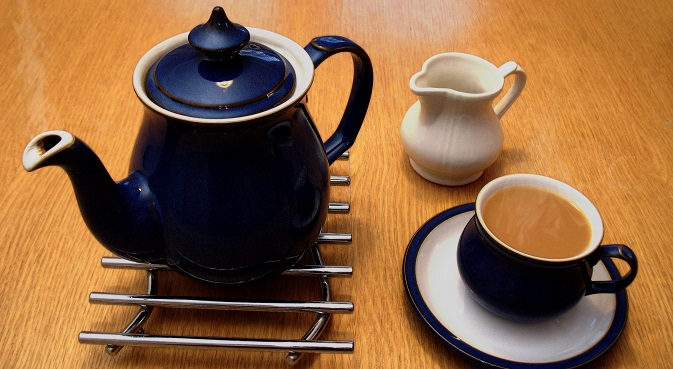 The people of the two distant countries have a lot more in common than meets the eye.

There is a lot to love about the unique and distinct aspects of the cultures of Russia and India. Distance, climatic conditions, food habits and history have created stark contrasts between day-to-day-life in both countries, but if one goes beyond the initial glances, Russians and India share a lot in common. Here are five things that most people in both countries are passionate about.

“Chai” means tea both in Hindi and Russian and the beverage is extremely popular in both countries. Although domestic consumption is very high, India is the world’s second largest exporter of tea. Russia annually imports 150 million kg!

Chai is consumed with equal gusto in both countries. Russians love to have tea after every meal along with sweets, while in India, tea is more of an in-between meal drink to be had with savoury snacks.

Unlike in India, Russians generally like their tea without milk, but ‘masala chai’ is becoming increasingly popular in the country and many grocery shops in Moscow stock a 3-in-1 masala tea powder.

In both countries, a fine cup of tea is good icebreaker in both business and personal relationships.

Gone are the days when people waited in long queues in Russia and different parts of the Soviet Union to watch a Hindi blockbuster, but the older generation still has a collection of old Indian films on video tapes.

More the origin of films, it’s the idea of cinema and even going to the movie theater to escape the stark realities of life that bind Indians and Russians. Cinema presents a temporary escape into another time, place and realm.

The upwardly mobile in urban centers of both countries are increasingly passionate about so-called art films and documentaries. It is also a reality that Hollywood has managed to capture a large share of the young audience more overwhelmingly in Russia, where the local film industry struggles to compete.

There should be a better distribution system both for Indian films in Russia and vice versa. There is definitely a niche market for Russian films in Indian metros.

In both countries, children are made to know from a very young age about the golden and illustrious past. The extent that elders go to describe how glorious the civilizations of the respective countries were in the past tends to touch comical levels. However, both Russia and India are full of architectural marvels and ancient monuments that indicate some great achievements.

In parts of both countries that have witnessed better days, sometimes history is a great way to reore pride. It’s too bad that we live in 2015 and some semi-rural Russian areas and Indian states in the Gangetic plain can’t instantly go back to the time when they were at the forefront of great ideas and development.

The very institution of the family is sacred in both countries. It is not uncommon to see adults in Russia and India living with their parents well into their thirties. Skeptics can argue that in both countries, it is financial constraints that force people to take their wives home to their parents’ place, but that would be a very simplistic point of view.

If they live separately, Indians and Russians don’t just visit their families on special holidays for the sake of tradition. This would have to do with the fact that our societies tend to be a lot less individualistic, whatever the merits are.

Actress and former Miss World Aishwarya Rai once remarked on an American television talk show that in India, we don’t need an appointment to go and see our parents.  Her views would be echoed in Russia.

Both Indians and Russians still place a lot of value on institutions like marriage and traditional family values. Without passing judgment either on the West or these two countries, there is little doubt that a broken family arrangement would never be considered normal in India or Russia. Of course, I am well aware that divorce rates in cities like Moscow and Mumbai are a lot higher than they were 30 years ago.

We are both musical cultures with traditions that go back hundreds of years and with major contributions to our respective classical traditions. In the last century, Lata Mangeshkar was looked upon as a national treasure in India, the same way Russians looked upon Alla Pugacheva. Music has also been an essential part of cinema in both countries.

Music forms an essential part of most get-togethers for dinner or picnics in Russia. I don’t ever recount an overnight camping trip I took in the country, where music by a campfire was not a part of the activities. Many family gatherings in India also have some sort of musical element with the popular parlor game Antakshari.

In both countries, you see people dressed at their best when they go for concerts (this obviously doesn’t apply for rock music).  In fact, the only time Russians or Indians dress better than they do for concerts is during weddings.