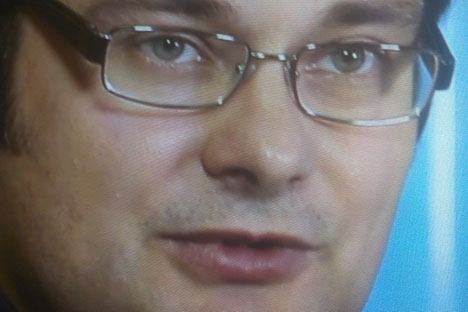 For years, chronic fatigue syndrome was almost impossible to diagnose. Doctors have been identifying it by general symptoms, such as physical exhaustion and irritability. We decided to design a device that could determine a body’s energy status.

Georgy Rybalchenko earned a Doctor of Science degree at Hiroshima University in Japan. He has over 20 years of experience in the fields of theoretical and experimental physics and over 25 years as a programmer. You can contact him at rybalchenko.george@gmail.com

Energy is a physiological term. Energy is what a cell needs to continue to live and perform various tasks in a human body. It has nothing to do with extrasensory powers or other mystic phenomena.

The notion of a body’s energy status has been around in medicine for a long time. Attempts have been made to study how it changes under the influence of various medical conditions. We have managed to come up with an effective method of assessing it.

We developed a device, called Kinoks γ4 that is capable of measuring a body’s energy status. It can be used to diagnose chronic fatigue syndrome and to treat diabetes and other conditions.

Modern methods of treating diabetes measure the severity of the condition only on the basis of blood sugar levels. Meanwhile the very first study of the biophysics of cellular metabolism that we conducted showed that in diabetes patients the severity of the condition can vary significantly even when they have the same blood sugar levels. This applies both to early and advanced stages of the disease.

We have studied about 40 patients. Only five of them had their energy status close to the norm. The rest displayed a considerable deviation from the norm despite the fact that their diabetes was taken into account.

With the help of the Kinoks γ4 device, we have managed to establish a link between diabetes and the reduced energy status of all cells in the body. Furthermore, changes in the graph generated by the device can be used to identify both the phase of the disease and how effective the current treatment is. As a consequence, one of the patients in our trial was able to reduce his daily dose of Diabeton to a quarter of what it used to be and even improve the condition of his diabetic foot, which had been damaged by poor blood circulation.

New tests are required to prove its efficiency

So far, only five percent of possible applications of the device have been identified. Further studies will make it possible to get a clear understanding of the systemic biophysical shifts in the body caused by various pathological processes, which in turn will help us to select effective ways of treating them.

The device can also be used to control chronic medical conditions, assess the fitness levels of athletes and military personnel and monitor the body’s condition under extreme circumstances. It can also be used in gerontology.

Kinoks γ4 is currently undergoing clinical trials as well as procedures of certification and patenting abroad. Work is under way to plan the next phase in the project. We shall clarify, among other things, the age and gender-specific characteristics of the oxygen transportation function and energy metabolism. At this phase, we also plan to test the sensitivity and the diagnostic value of our device.