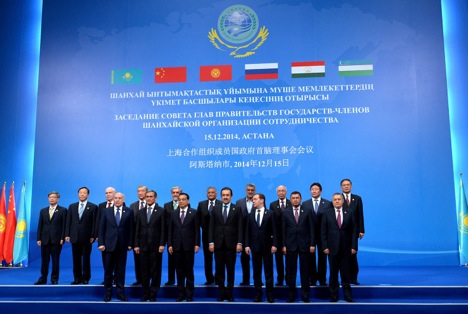 Among all the possible candidates for membership in the SCO, India and Pakistan seem the most ready for it. Source: sco-russia.ru

There are several misconceived notions about the reasons that have led to the acceptance of India and Pakistan’s request for entry into the Shanghai Cooperation Organisation. The realities are somewhat different from the perception.

Myth No. 1: India and Pakistan forced their way into the SCO

If one is to believe the headlines in the media, India, and particularly Pakistan, tried to gain entry into the SCO at any cost, and members of the organization supported them. This view makes India and Pakistan appear like some sort of annoying petitioners.

This is completely opposite to the reality. India and Pakistan had expressed interest in the SCO immediately after it was formed. However, their closer ties to the SCO evolved only in response to changes within the organization. Thus, only after 2004, when the SCO adopted a Resolution to give Observer Status in the Shanghai Cooperation Organization, did India and Pakistan acquire the status of observer countries. They were granted observer status in 2005.

In 2006, Pakistan applied for full membership in the SCO, and India, in 2010. When the organization adopted new rules in 2010, on the Admission of New Members to the SCO, and also in 2011, when they issued the Memorandum on the Applicant Country’s Obligations for Obtaining Membership in the SCO, India and Pakistan decided again to knock on the organization’s doors. However the membership process began for India and Pakistan only this year.

Changes in the levels of representation of India and Pakistan at SCO Summits indicates that, though they spoke about seeking membership in the organization, their real attention to it sometimes grew, and at other times waned.

Myth No. 2: India and Pakistan need the SCO more than the organization needs them

This is a false premise, as if somehow SCO expansion is more needed by India and Pakistan, rather than by the organization itself. This organization, which encompasses a large part of Eurasia, has not been able in all these years of its existence to develop a collective long-term strategy with regard to one of the region’s main problems – Afghanistan. Neither the creation of the SCO -Afghanistan Contact Group in 2005, nor Afghanistan’s observer status granted in 2012, have helped achieve any significant results. This is not the only difficult problem to solve in the Eurasian space without the participation of India and Pakistan.

The SCO is unlikely to achieve any success in Afghanistan, as well as in other areas, if India and Pakistan remain outside the doors of the organization. New Delhi and Islamabad often have opposite views on Afghanistan, and other problems. However, this is the purpose for which the SCO was created in the first place, as well as to find mutually acceptable solutions to other difficult issues.

Myth No. 3: India and Pakistan will destroy the SCO from within

Professor Sergey Luzyanin of the Moscow State University of Foreign Affairs cites the opinion of unnamed experts: “India and Pakistan remain a difficult pair, which in the next 5–7 years will be fighting for the right to join the other Six.” Some experts believe that if this happens, the SCO will cease to exist. That is, the Indo-Pakistani conflict, sooner or later, will explode inside the Organization.

The presence of territorial disputes between India and Pakistan should not pose a problem for the SCO, because among its current members such disputes existed in the past, exist today, and will exist tomorrow. Russia and China resolved their border dispute only in 2005, Tajikistan and China – in 2011. In Central Asia, unresolved border disputes exist between Kyrgyzstan, Tajikistan, and Uzbekistan. These disputes, even if they do hinder SCO activities, are not so great as to be talked about in public. It is thus difficult to understand why, all of a sudden, the Kashmir problem should blow apart the SCO.

In this regard, it is difficult to accept the supposition of another observer: “All existing disputes between candidate countries should be resolved prior to their entry into the Organization, and only after firm guarantees are given that such countries will not bring their current disputes into the SCO.

How can one demand from India and Pakistan that, which was not required of the SCO member states themselves? If the condition of all disputes being settled prior to entry had been made mandatory before the establishment of the SCO, this organization would never have come into being.

Myth No. 4: India and Pakistan will bring a nuclear standoff to the SCO

There is concern that with India and Pakistan becoming members of the SCO, nuclear rivalry will also be introduced into the organization.

However, the nuclear factor is not a new problem for the SCO. It has been present in the organization from the inception of the SCO, and has not interfered with its development.

In his arguments concerning the Treaty on Intermediate and Short-Range Missiles, the Head of the Presidential Administration Sergey Ivanov and Deputy Defence Minister Anatoly Antonov repeatedly mentioned China as one of the reasons for Russia’s concerns. The newspaper Vzglyad quoted what Ivanov said in this regard in 2013: “The military, in their calculations and planning, always proceed from the worst-case scenarios.”.

If, based on the words of a senior official, the Russian military is taking into account the possibility of a nuclear threat coming from another SCO member, China, and this does not hinder cooperation between Moscow and Beijing within the framework of this organization, then there is reason to believe that nuclear - deterrent relationships that have existed between India and Pakistan for almost six years now, will also not interfere when it comes to their activities in the organization.

New states joining the SCO will lead to a significant change in the organization, not only externally, but also internally. We should not expect an easy and painless transformation of the organization. However, there is hardly any alternative to this process, if such an alternative does not take conservation into consideration. Among all the possible candidates for membership in the SCO, India and Pakistan seem the most ready for it. If they should join in the near future, this will benefit not only these two South Asian states, but also the organization itself.