What is unique about Russia and the Russian language? 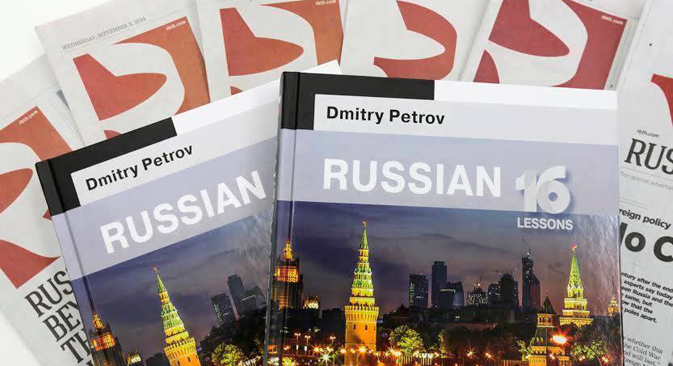 Our winners will get the amazing Russian grammar book by Dmitry Petrov. Source: Slava Petrakina / RBTH

Last week we organized a Facebook contest to give our readers the opportunity to win three Russian language self-study books. It was a continuation of our winter contest, in which readers listed the reasons why they are studying Russian.

This time we asked readers to share their view on a different issue – what is unique about Russia and the Russian language?

We would like to thank everybody who took part in this contest and wish them the best of luck in learning our beautiful but difficult language. Our winners will get the amazing Russian grammar book by renowned polyglot Dmitry Petrov very soon (already packed and sent).

We appeal to all other readers not to get too down – we’ll do our best to provide you with interesting language study materials and we’ll try to hold contests again in the near future.

Our readers have allowed us to publish their answers and here are the things they think make Russia and its language unique:

David, UK: A simpler question is what is not unique about Russia and the Russian language?

To start with it is the largest country in the world, covering 11 time zones.  It spans from Europe to Asia with a variety of cultures.  Though the country is the centre of Russian Orthodox it has a Muslim republic in the now peaceful land of Chechnya.  The country had the first man in space, the first space walk, the first double-sided smart phone and much more.  Russians seem to be born patriotic.

There are 33 Cyrillic letters in the Russian alphabet, several letters are the same as in Greek.  The language is great for getting your tongue twisted.  Out of the Russian population 81 percent of Russians speak Russian as their first and only language.  The other 19 percent use Russian but are bilingual with Tartar, Moldovan, Ukrainian and the like.

At the end of the day Russia and the Russian language are unique as there is no other language or culture which is entirely the same.

Nathain: For one no c – k works just fine and Cyrillic has more sounds to use. The sentences are easier to understand. Awesome emphasis on words and phrases; Love the alphabet, especially in cursive.

Eszter: For me [the] Russian language is unique mostly because it offers a much wider pool of tools of expression than other languages I know. Therefore I find it to be an amazingly powerful way to express myself. Such a wide choice of tools gives way to subtleties that make me stumble upon unexpected beauty every time I turn to Russian.

The same complexity makes this language quite hard to learn, too. No pain, no gain - and I am always grateful when I can proceed on this road to a hard-to-get asset. It boosts my self-confidence.

Last but not least, [the] Russian language itself makes me remember the magnificent artists of the Russian nation. No better motivation to enter this world full of wonders.

Güray, Turkey: Russia is enough cold to only let enough warm, funny people to survive there, and its language's unique stature comes from its lovely pronunciation and beautiful handwriting alphabet.

And finally – the winners:

There is something quite beautiful about the Russian language that others do not, whether one is simply just looking at it or studying it, reading it or writing it.  The language has a powerful heritage reflected in the unique qualities of its writers and the works they have created over the centuries.

God willing I will visit Russia for the first time in May next year.  I will be 70 years of age and it will likely be my last overseas trip, thus do I hope to receive one of these books that RBTH is kindly offering.

Travis, the U.S.: To quote Churchill, "Russia is a riddle, wrapped in a mystery inside a enigma,” this famous quote on the almost confusing Russian relation with the European states applies perfectly to the language itself. How can one even begin to describe Russian? Its relations to other Slavic languages are well known, yet it has managed to retain much of its old world charm. Russia itself is a nation of conservative attitude, yet at the same time a subtle rebelliousness. Russian shows this in its very writing, almost defying the west even in her own language. (An H is an N? Why? Russia is the answer)

One cannot begin to truly delve into the uniqueness of Russia culture, a nation permanently torn between Asia and Europe, yet at the same time its own continent in its own right. The language reflects the people however; strong, at some times chaotic, and with calls of the past. While Russia looks forward to the ever growing future, one must consider the changes that may occur, languages may become unified, people may become no longer separated by borders, but we can be assured that the majesty and beauty of the Russian language will be at the helm of these developments.

Mackenzie, Canada: Language and culture are as inseparable as water and life.

The Russian people, like their language, are defined by a hearty frankness and surprising softness.

Just as the Russian language was forged at the turbulent interface of peoples and continents, so too have the Russian people been shaped by their history of war and peace, empires and artists.

Russia is as much Suvorov marching his army across the frozen Alps as it is Anna Akhmatova writing in the twilight of the Romanovs, the darkness of the revolution, and the shadows of the Soviet Union. It is a nation of contrasts.

In your opinion, what is unique about Russia and the Russian language?