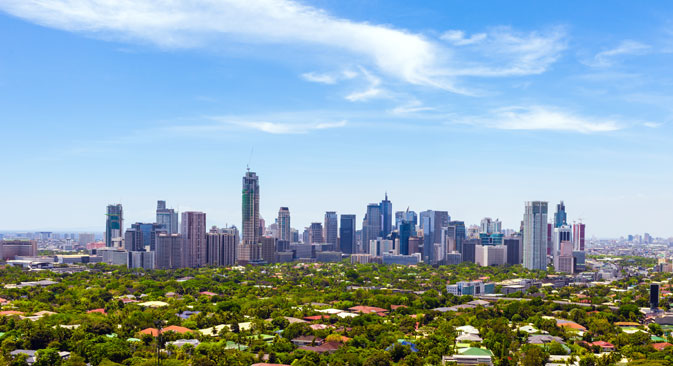 The archipelago is increasingly becoming a popular destination for Russian tourists. A few travelers shared their impressions of the people, cuisine and culture of the Philippines.

With its blue waters, sandy beaches and unique culture, the Philippine archipelago is on the travel bucket list of many Russians. The number of visitors from Russia to the Southeast Asian country is set to grow, as the countries recently signed a new air services agreement. RBTH spoke to a few Russian travelers, who shared their impressions of the Philippines.

Elena spent a month travelling across the Philippines in 2013. She explains why only seasoned Russians travelers visit the country.

Russian travelers never choose the Philippines as their first destination in Southeast Asia. They mostly prefer Thailand, Vietnam or Cambodia, which are popular destinations during the Russian winter holidays.

There was no direct flight from Russia when I visited the Philippines, making the journey long and expensive.

Generally speaking, the archipelago is popular among backpackers from around the world. I met Americans, who settled down in Cebu and ran restaurants. On Bohol, I met Canadians and a couple from Scandinavia, who own a hostel in the jungle.

Two of my Russian friends happily moved to Boracay Island from the Indian state of Goa. They have a two-year visa, and freelance for Russian companies. They believe that the Philippines offers a lifestyle that suits Russian tastes.

The Filipinos generally lean towards European culture, speak English and are Christians. The only big difference is the cuisine, which is not what Russians are used to.

I can say for sure that Filipinos are culturally closer to Russians than any other Asian people that I have met.

When we travelled to the small town of Donsol near Legazpi, in order to swim with Tiger sharks, we stayed with a local family. They cooked for us and shared their life stories. The family reminded me of Russian farmers, who are often welcoming of foreigners.

Eugene visited the Philippines on business twice. He talks about the peculiarities of doing business on the archipelago.

A few years ago, I worked in Jakarta for a Russian international exhibition company as a project coordinator. We organized a series of exhibitions of Soviet-Russian avant-garde art in Indonesia, Thailand and the Philippines.

In the Philippines, I had the task of establishing all the processes from catering to media promotion. I was extremely surprised by the efficiency of the Filipinos. We once had a general discussion with our Filipino colleagues on the placement of paintings, and the very next day, they came back with three excellent ideas.

What I appreciated about them was their positive attitude towards work. They were very enthusiastic and motivated.

In the Philippines, each and every meeting we took part in was fruitful.  Two months after we met him, the director of a museum sent us a letter promising to visit Russia. True to his word, he came to the country with concrete proposals for cooperation.

When I first came to the Philippines, I felt like I was somewhere in Mexico. I encountered a rapidly developing country with beautiful beaches and old Spanish buildings. The first impressions were stunning- Asian people with Spanish names, who spoke English, friendly strangers, active and open-minded young people!

Russians can easily run small businesses in the Philippines. There is also a small community of Russian professionals in Manila, engaged in public relations and marketing.

In general, Russians feel comfortable in the Philippines. The same kind of cordiality and hospitality is visible in both our countries.

Daniil, a mathematician from the Moscow State University

Daniil traveled to the Philippines in the summer of 2015 and spent a month in the country. He blogged about hardships that travelers face in the archipelago.

Transport was my biggest problem in the Philippines. The best-case scenario is your vehicle traveling at 30 kilometers per hour. So, be prepared to spend up to four hours on the road, just to travel 100 kilometers.

Public transport is horrible, slow and uncomfortable. This made my trip tiresome. What makes matters even worse, is the fact that travelers sometimes have to spend a night in transit hubs.

Filipinos seem to have a knack for creating unnecessary bureaucratic hurdles. You always have to buy one ticket to board a ferry and another to enter the terminal.  At a ferry terminal, I saw a cash counter with two windows. In the first window, the cashier was selling ferry tickets for 12 peso, in the second, another cashier was attaching a paper to it for two peso, and a third cashier was detaching the paper from the ticket and putting it into a box for another two peso. A similar system was in place in the Manila and Cebu airports.

I also did not like the food, which is plain and quite similar to what you get in a Soviet-style canteen. No spices are used in Filipino cooking, just butter and fat.

This extract was taken from the writer’s blog.

Gallery: Russian emigres in the Philippines