An emotional roller-coaster at the Circus during ‘Maslenitsa’ 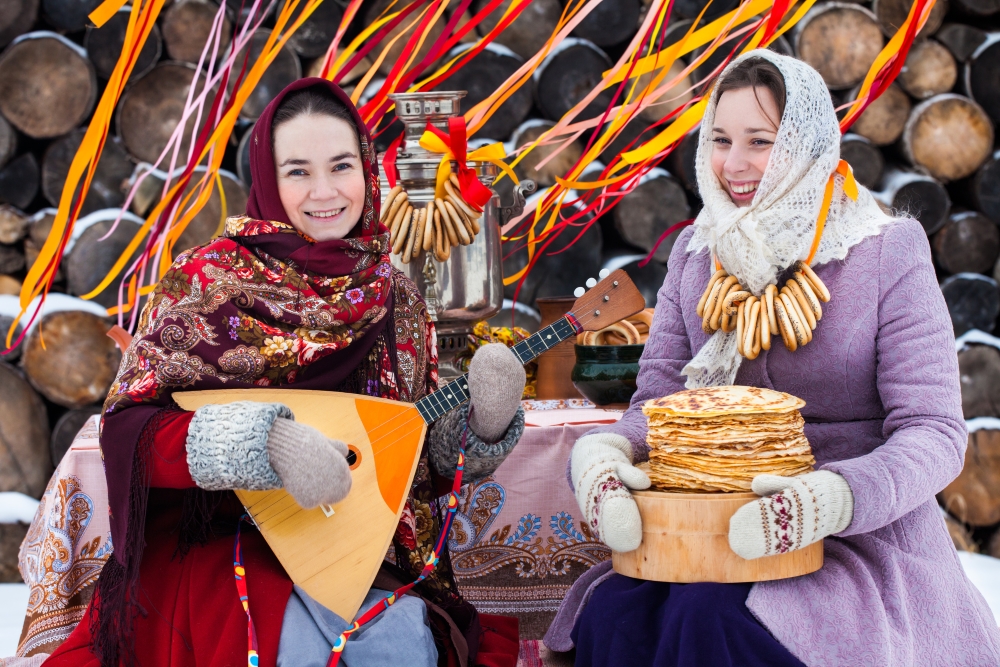 Usually there is a great celebration during the week of Maslenitsa.

Lori / Legion-Media
An Indian woman in Moscow writes home about the myriad festivities of the Spring Festival of which she has been a part.

Let me begin by saying, Russia is an assault on the senses. I am just back from the Big Moscow State Circus and brimming over with emotion. Quite appropriately, I’d say, the performance, a Zapashny Brothers’ show, is called “Emotions”.

The tickets cost more than a week’s minimum wage in India. So it would not be fair for me to compare it to our “desi” (colloquial Indian) tented version, which I cannot claim to have seen at least in my adult years. In any case I don’t think we have prestigious circus schools where people actually study to graduate as circus artists, as is the Russian tradition.

Etymologically speaking, the word ‘circus’ stood to mean a circular stage as opposed to the performance, but it later came to stand for the performances thereon. In Russia, where the circus is nationalised, every city, or at least every big city, has a special building called “Circus,” where itinerant circus companies perform.

The circus show comprised twelve performances (okay, I wasn’t actually counting, I just looked it up in the brochure to write to you) including jugglers, stilt walkers, cord lisse, trapeze, horse chariots, parrots, dogs, gymnasts, skipping ropes, a singularly dangerous act called the wheel of life (which had me squealing “Mamochka” (mamma in Russian). There were also three clowns - the Auguste clown (with the colourful costume), the whitefaced and the black-faced clown who kept the audience entertained between performances while the stage was being readied for the next act.

Strategically located at various places in the amphitheatre were musicians who belted out high quality live music to accompany each act, which by itself made the show great value for money. After the interval, even the brief attempt at diversion by the clown did not assuage the thumping in the heart as a net made of heavy metal chains went up about 20 feet high all around the arena. Yes, it was the final act - the lion tamers.

Forgive me, if it sounds politically incorrect, but I am glad the animal rights activists haven’t yet reached the Kremlin. I promise you, seeing nine handsome, active, healthy big cats in an arena 15 feet away from you is nothing short of multiple shots of adrenalin.

The Zapashny brothers are lion tamers or I should I say lion whisperers, for such was the “whispering intimacy” shared by man and beast. The cats, seven tigers and two enormous lions, if I counted them right, were sprightly, spirited characters, not particularly keen to obsequiously perform. But the brothers, the fourth generation of a “circus dynasty” I was told, gently yet firmly egged them on and got them to sit, stand roll over with a mere whisper, establishing the supremacy of man in this delicate power equation.

In the shadows, away from the strobe lights, one could see staff standing with poised guns to control the situation if it went awry. Did I say guns? Ah, I missed out on one vital detail - they were enormous water guns which, apparently, could be used to spray the cat and deter it from getting too lazy or too active, I’m not sure which. This act was the only time in the entire afternoon when I wished they would not play music that drowned out all sound, for I wanted to hear the whispers of the man and the growls of the beast. One of the brothers holds the Guinness record for the longest jump on lion-back, (yes, no mistake here, it's not ‘horse-back’). He sat on a lion and made him jump from one platform to another. Needless to say, my blood is still racing.

I later asked my companion, an erudite, saturnine fellow who has seen 50 springs and a couple circuses in his lifetime, about his opinion of the show. He looked absently into the distance and said, “I didn’t expect that circus could be such an emotional rollercoaster”. His somewhat shook up state and my squeals of delight continued through the evening as we stopped at a nearby cafe to celebrate the day with blinis, the Russian pancake.

Now Russians eat their pancakes with a wide variety of fillings or accompaniments. Of those that have had the privilege of making it past my taste buds are jam, banana, condensed milk, sprinkling of sugar, honey, meat (something like our ‘keema’ or minced meat), minced fish, caviar, sour cream and an oh–so–exotic tasting conserve of immature fir cones.

Sunday was the final day of a week-long Russian spring festival ‘Maslenitsa’. Pancakes are traditionally eaten during this festival as they are round, yellow and warm; a symbol of the sun. People gather in parks, where fairs are organised by the government, eat blinis, drink hot Russian honey beer and spend time roaming around with their family. A straw effigy of ‘Winter’ is burned in the evening to bid winter adieu. Considering that the sun has already begun to rise at about 6:30 am, I would say that this year we have succeeded in packing Father Winter’s bags and sending him scurrying off up north, until its December again.

There is still some snow lying around and the sun shining upon the white snow makes it a spectacular sight to behold. This festival is among my favourite Russian festivals and of the very few that pre-date the adoption of Christianity in Russia, with its origins in the pagan tradition. On Maslenitsa, the community gatherings, the straw burning, the people eating, singing and dancing to folk songs, festivities, all reminds me of how our very own festival ‘Lohri’ is celebrated in some parts of India.

It never ceases to amaze me how close we are culturally to Russia and how similar our traditions. Like many Indians, I grew up loving England and idealising all things English. Because England was always a fancy summer destination, because England is where Cambridge and Oxford are, where many a grandparent went for higher education, because England is the land of the Bard… But Russia, Russia is another world altogether and I surprisingly, notwithstanding my adoration of England, have fallen in love with this land.

I remember how disappointed I was to realise that traditional English food mostly meant “fish and chips” and the repertoire was rather limited. Russia, on the other hand, in its diversity and “exoticness” is similar to India. Like I have already said, “an assault on the senses”.

And I will say about Russia what I often say about India; the experience is so full-blooded, you will either hate the country or fall in love with it. There is nothing average about it.

So come visit me. And experience Russia as I do - with your soul!

More on hearing from you,