Trying to find your way as an expat wife? Here's my story 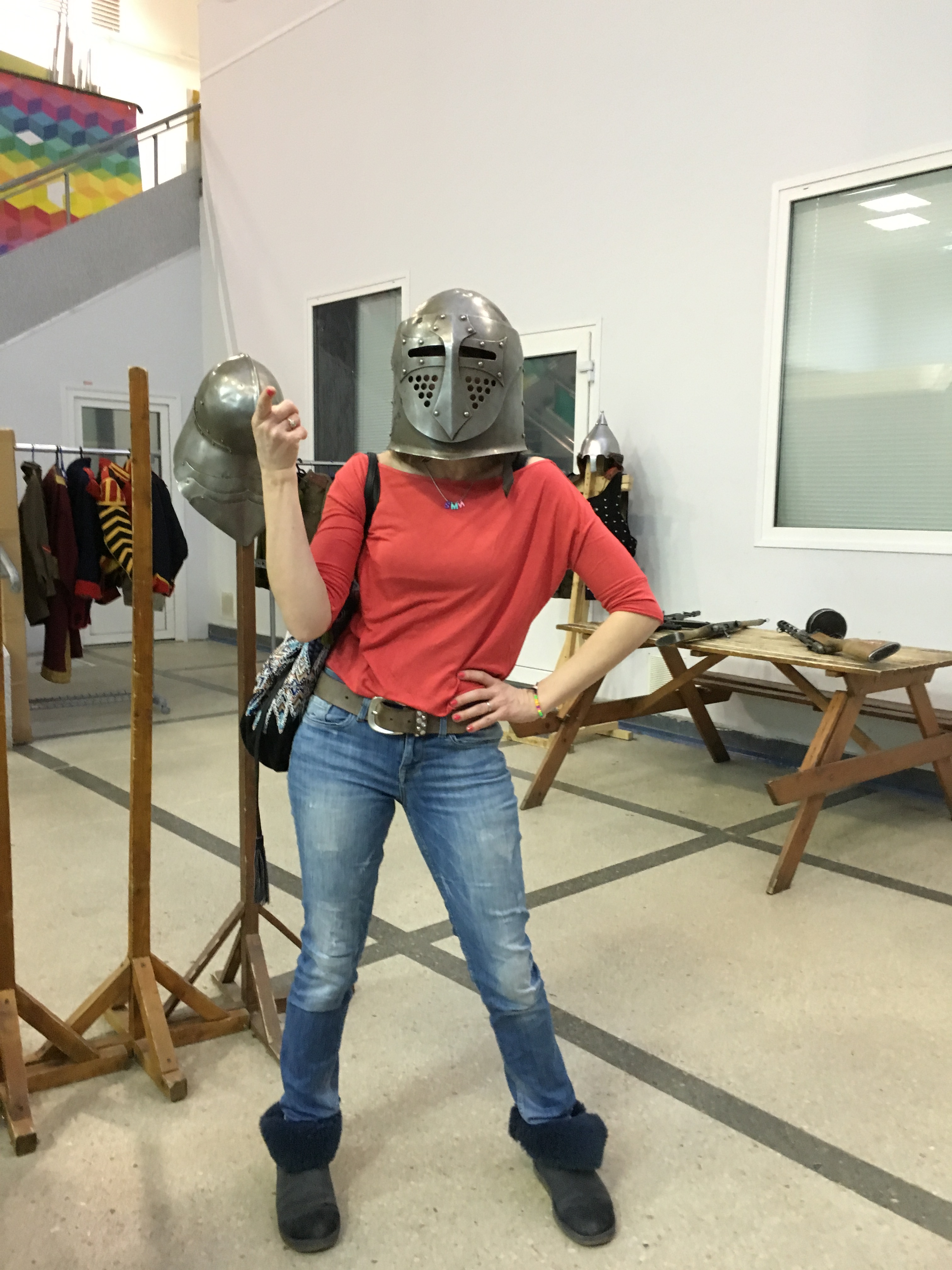 Expat wife or what?

Iva Pracevic
The life of an expat wife comes with all sorts of expectations and stereotypes, as well as opportunities and thrills. The most important thing is to be true to yourself. And if you don't fit in, don't worry; you're not alone. There's quite a few of us and we're uniting.

When I first entered the corporate world at the age of 23, I was an enthusiastic and keen worker and had the chance to be exposed to many new corporate terms. One was, "expat wife," which in my mind conjured up images of successful women who already accomplished something in their life, and now focused on their family and charities in high society.

Twelve years later, I suddenly quit my job, moved with my husband and kids to another country and became an "expat wife." I didn't really feel like one, however. There was none of the sophisticated lifestyle that I saw in those expat wives who I knew before. I actually felt rather strange. I understood that our apartment was very nice and located in a good area, and I understood that my kids went to a good school, but actually everything else stayed the same. 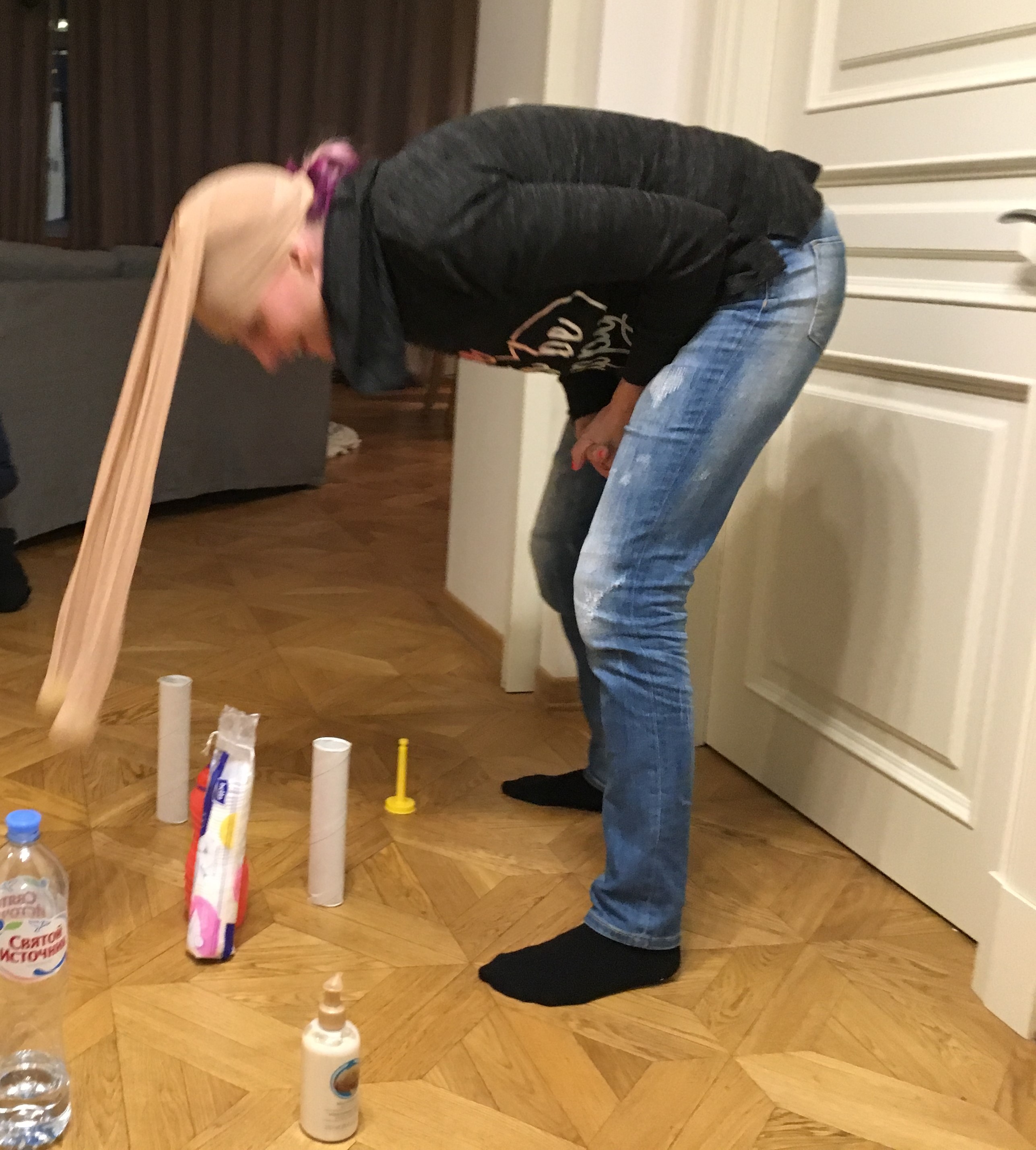 I found myself a complete inbetweener; not belonging mentally and financially to those high class ladies, but also unable to connect with local folk with whom I shared the same economic means.

The wake up call came when I was offered to join the International Women's Club. It sounded upscale and important, and I was rather proud to have the chance to be a part of this organization, until the moment when I learned there was a yearly admission fee. I mean, yes - we have a nice apartment, yes- the kids go to a good school; but actually, moneywise, I don't feel like an expat wife at all.

My resolution was to find friends another way. Anyway, regarding charity, I was always a more hands-on person. I like to see and meet those who I help, and not to do it just with money, (partly because I have a limited budget!). 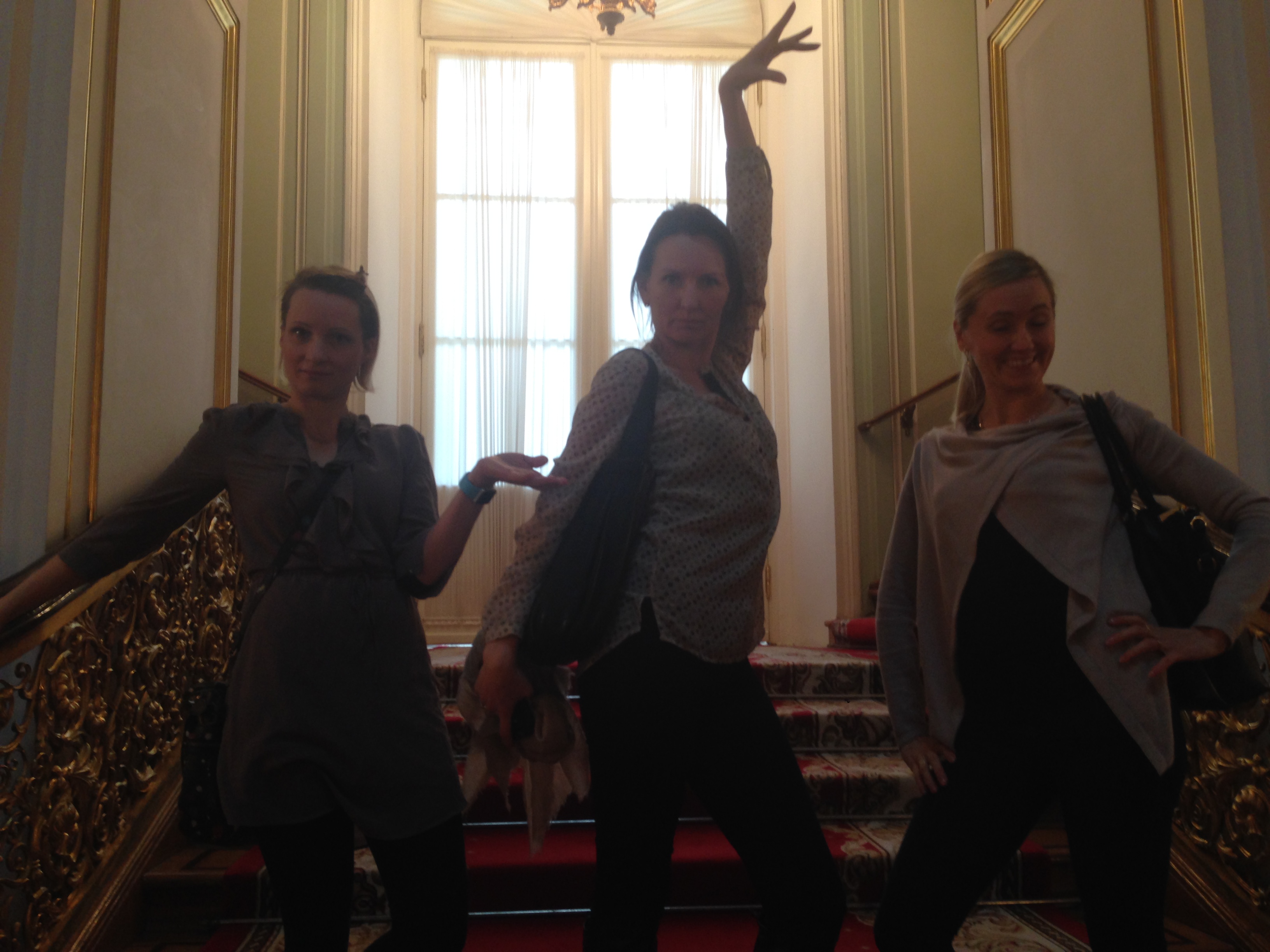 So, I started by taking small steps. In the first few months, I tried to get to know women on the playground. The big issue here, however, is that since all the kids over the age of four in Russia have so many activities the only mothers you meet have kids that are three years old or less.

I also tried scanning our building, and I ambushed a few mums with kids who were the same age as mine, but I'm still not quite sure if they gave me their number or a fake one. I was always to scared to try and call them. 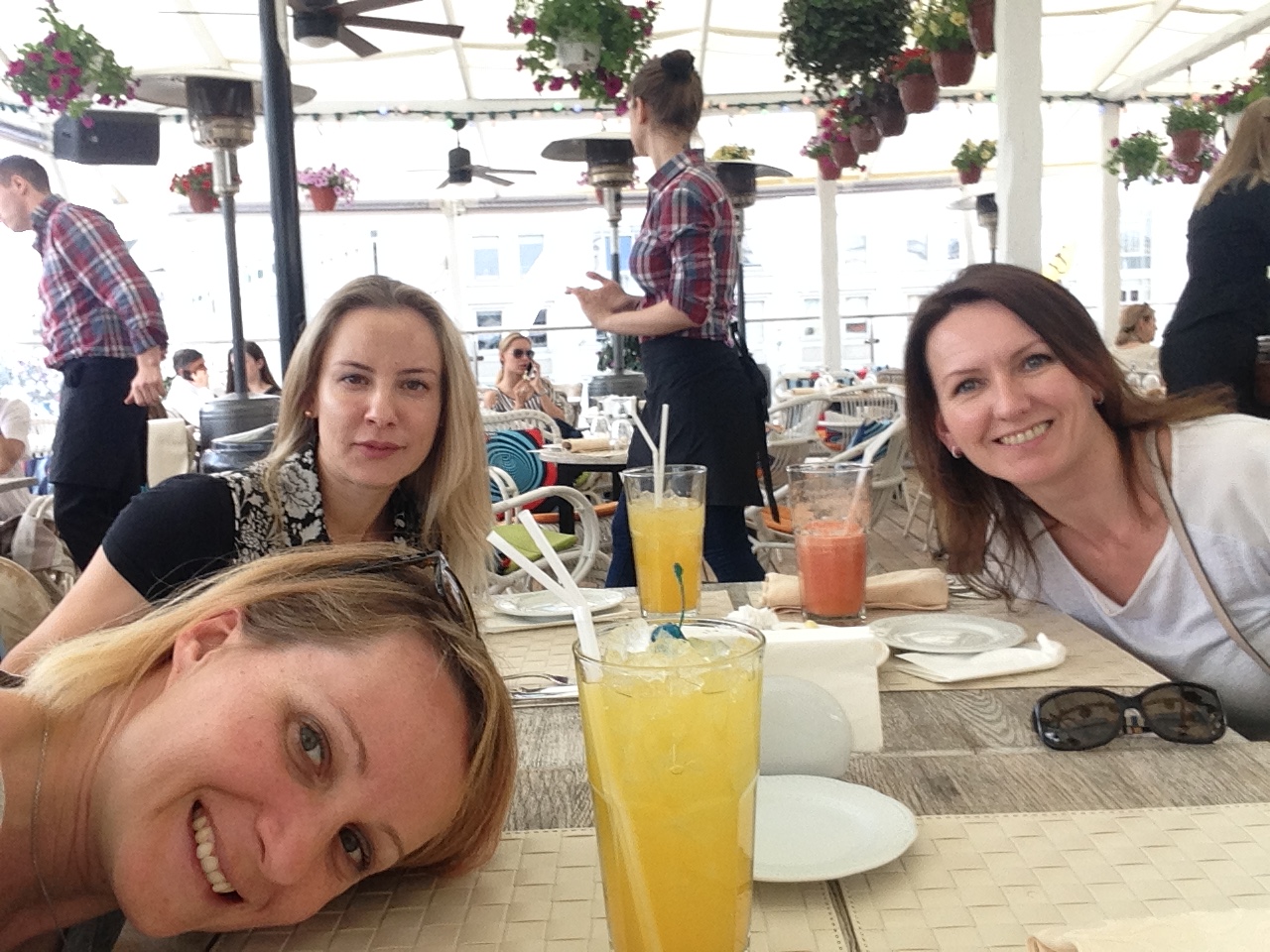 My big chance came at our school, where I met one mum at the parent teacher meeting who was perfect for me, and she lived a street away from us. My now really great Estonian friend was matched with me thanks to my daughter's teacher. She was the best matchmaker I have ever met. This Estonian lady was also the reason why I visited the International Women's Club charity exhibition – she's still a little-known painter with amazing artistic skills, and she needed support. There was no doubt that my wild Russian mum friend and I would come to help promote her work. 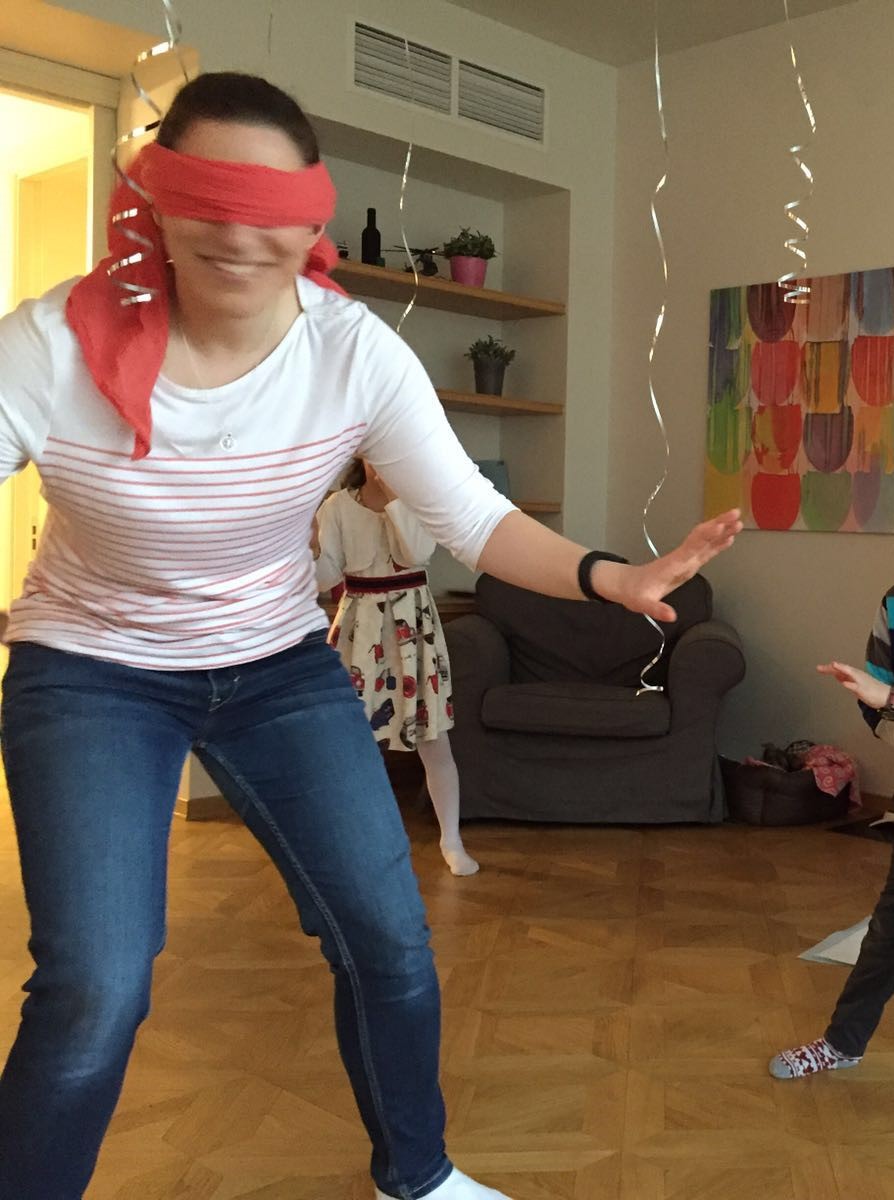 Picture this - a nice church, gloomy, rainy morning. My friend and I storm the show and each buy one picture from our Estonian friend. As we come in, we're greeted by very friendly ladies. I still feel like I'm crashing a cheerleaders party and I'm the nerd, but to make the best time of it, I don't only buy her art, I start selling it. You have to know that the atmosphere was really composed and calm. But there I am, dragging people to her stand, trying to explain how this flower drawn by a pen will make an excellent piece in their new home. I think a few of the ladies wanted to call a psychiatric hospital to have me taken me away. 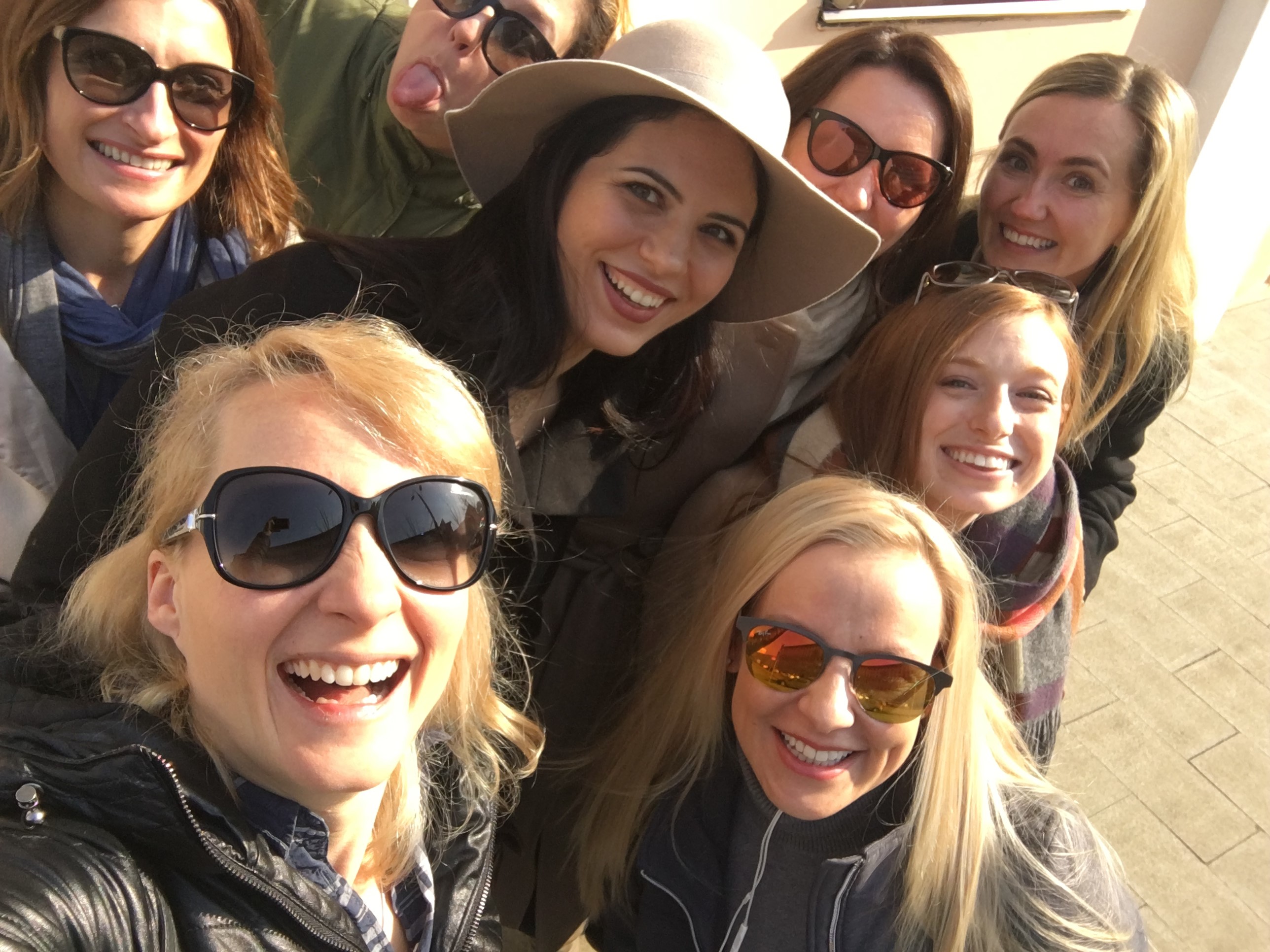 In the end, I accepted becoming a simpler type of expat wife, and over the course of one year I met at least 10 amazing women who felt quite the same. We arranged coffee dates that have no obligation, no admission, no lipstick and good hair and, to my relief, no high heels. I really enjoy their company. So if you're new to Russia and don't feel you fit in with the true expat wife category, then feel free to find us. No admission, no expected pedigree; just be yourself and have fun meeting girls from around the world....

Read more: The regrets of an expat who tried to party like a Russian…