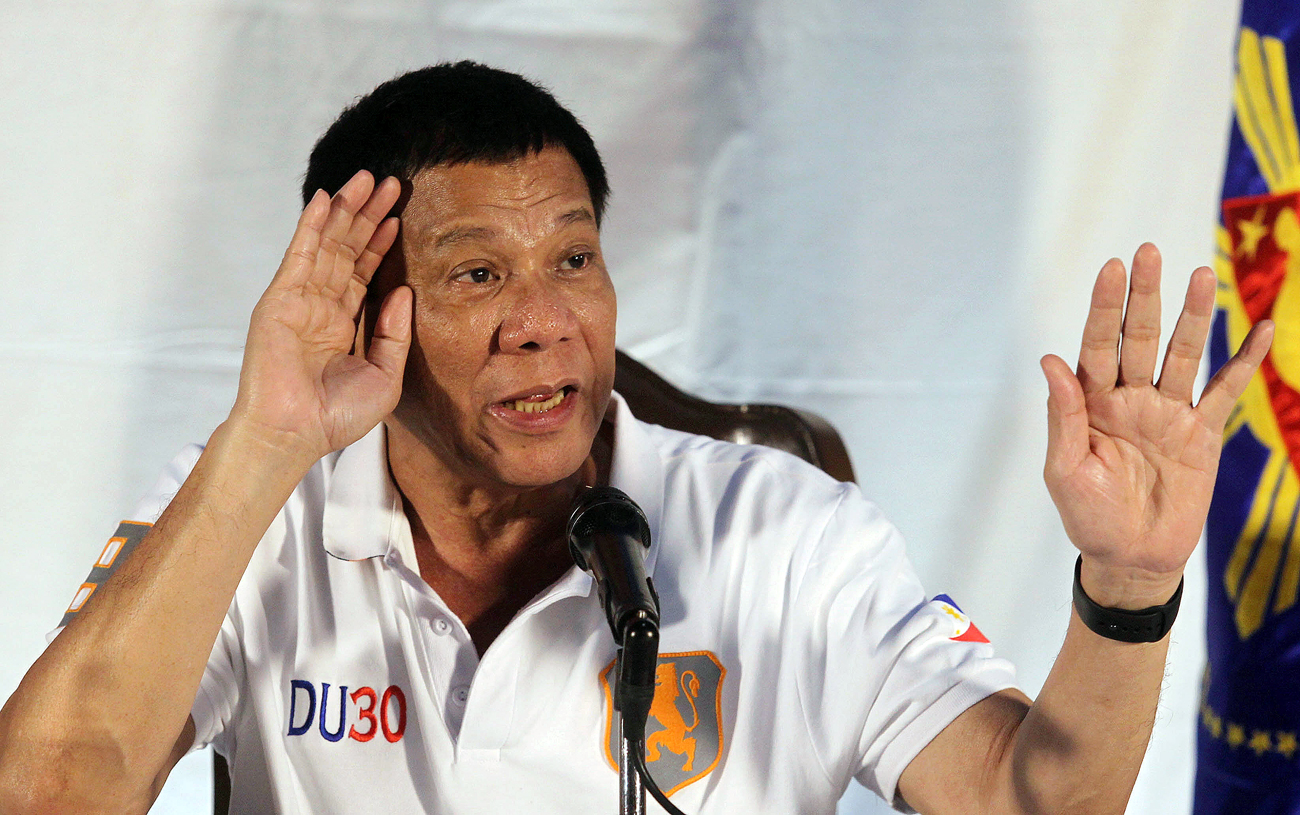 Reuters
Tired of being pushed around by the Americans, the Philippines is opening out to Russia in a major way.

After a century of living under American dominance – during which the Philippines has remained one of the poorest countries in East Asia – President Rodrigo Duterte has decided to go East. On September 13, making a policy U-turn, he ordered his defense secretary to seek military gear from Russia and China.

The strategy switch wasn’t entirely unexpected. Earlier this month, Duterte had attacked Barack Obama for questioning extrajudicial killings in Manila’s war against drugs, and called the U.S. President a “son of a b***h”. He has previously called the Pope a “son of a whore” and the U.S. ambassador a “gay son of a whore.”

Duterte’s resolve to pursue an independent foreign policy may be bolstered by the re-rise of Russian military power and the explosive growth of the Chinese military. In 2014 during the G20 summit in Australia, many Filipinos were impressed by the Russian show of force near their waters. A battle group of four Russian Navy ships, including the heavily armed destroyer Marshal Shaposhnikov and the guided missile cruiser Varyag, had accompanied Vladimir Putin’s visit.

Two years earlier, the Philippines had got a glimpse of Russian military power when the Russian Navy, led by the anti-submarine destroyer Admiral Panteleyev, arrived in Manila for a three-day port visit.

Jaime S. Bautista, former ambassador to Russia and professor of international law at the Philippine Christian University and Ateneo de Manila Law School, believes the Russian and Filipino leaders have a lot in common. 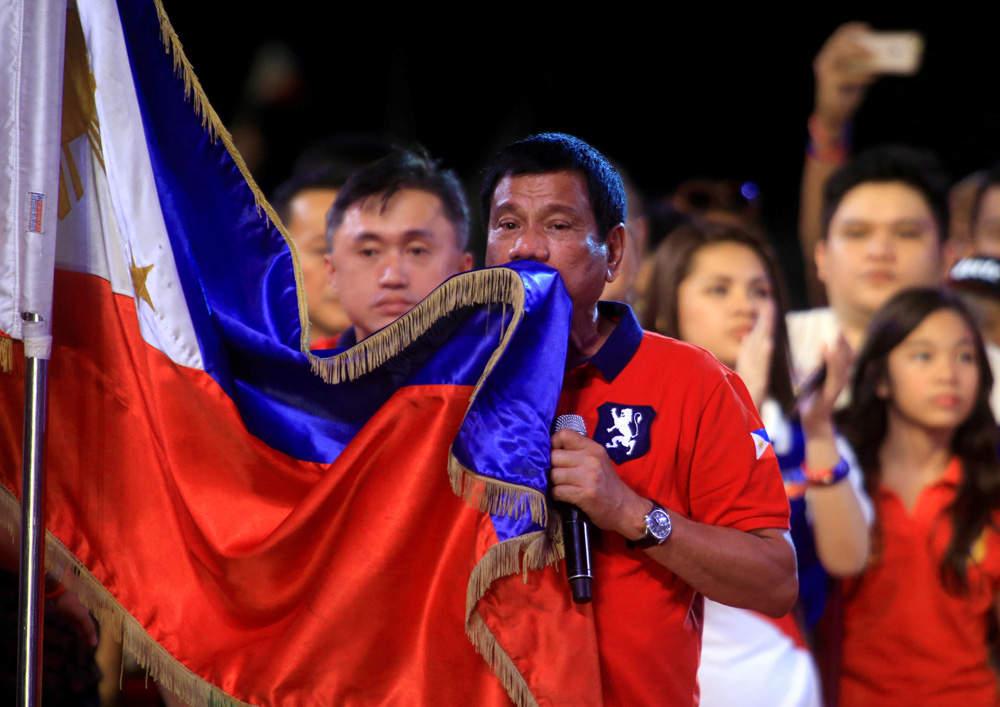 Putin, Bautista writes, is the tough leader who is able to hold immense Russia together and overcome the nation’s enormous challenges. “In our recent elections, Filipinos elected Duterte to the highest position in the country, seeing in him a macho, decisive, and a man of action who could impose law and order throughout our archipelago, and build an inclusive economy.”

He adds: “Based on my diplomatic experience I can appreciate that Russia, as a Pacific power with its own pivot to Asia, can influence events to preserve the peace and prosperity of our Pacific region.”

Coincidentally, this year marks the 40th anniversary of the establishment of diplomatic ties between Russia and the Philippines. It was initiated by former President Ferdinand Marcos, who sensed that the United States would lose the Vietnam War and the Philippines therefore needed to establish ties with the victorious side led by Moscow.

India, a staunch Soviet ally, facilitated the first formal diplomatic contact, in New Delhi in 1975, which led to further meetings in Moscow, leading to the creation of formal ties between the Philippines and the USSR in 1976.

Russia and the Philippines have been circling around an economic and security deal for years. The latest falling out between the Philippines and its former colonial power could just be the cue for Moscow to step in.

Filipinos elected Duterte to the highest position in the country, seeing in him a macho, decisive, and a man of action who could impose law and order throughout our archipelago

Filipinos appreciate that Russia is building its relations with Southeast Asia on an ideology-free basis. More specifically, Moscow is not taking sides in the South China Sea disputes. In the spat over the Spratley Islands, Russia has not backed China at the expense of the Philippines or vice-versa.

This is because of two reasons. One, Moscow and Beijing are not formal allies so the Chinese cannot expect much in the way of support from Russia in their territorial fights. Secondly, Russia has no self-interest in the South China Sea, other than trade and arms exports, so it won’t meddle in the affairs of those involved in these disputes.

Another key aspect of Russia’s foray into the ASEAN region is that it is not antagonistic in nature. Russia is applying pressure in the Pacific in order to offset Western pressure in Ukraine and Eastern Europe. But in the ASEAN region, Russia is more interested in commerce and influence rather than geopolitical maneuvers. So Moscow will not side with China against the others in South East Asia.

Philippine Ambassador to Russia Carlos D. Sorreta, who was the Director of the Philippine Foreign Service Institute, agrees. “Both Russia and China want a stable Central and East Asia,” he wrote in a discussion paper titled Security Developments in the Asia Pacific: Philippine and Russian Perspectives. “They want their 4209 km border secure. China has replaced Germany as Russia’s largest trading partner. Russia is selling arms once again to China. China’s moneyed investors have been looking at Russia. 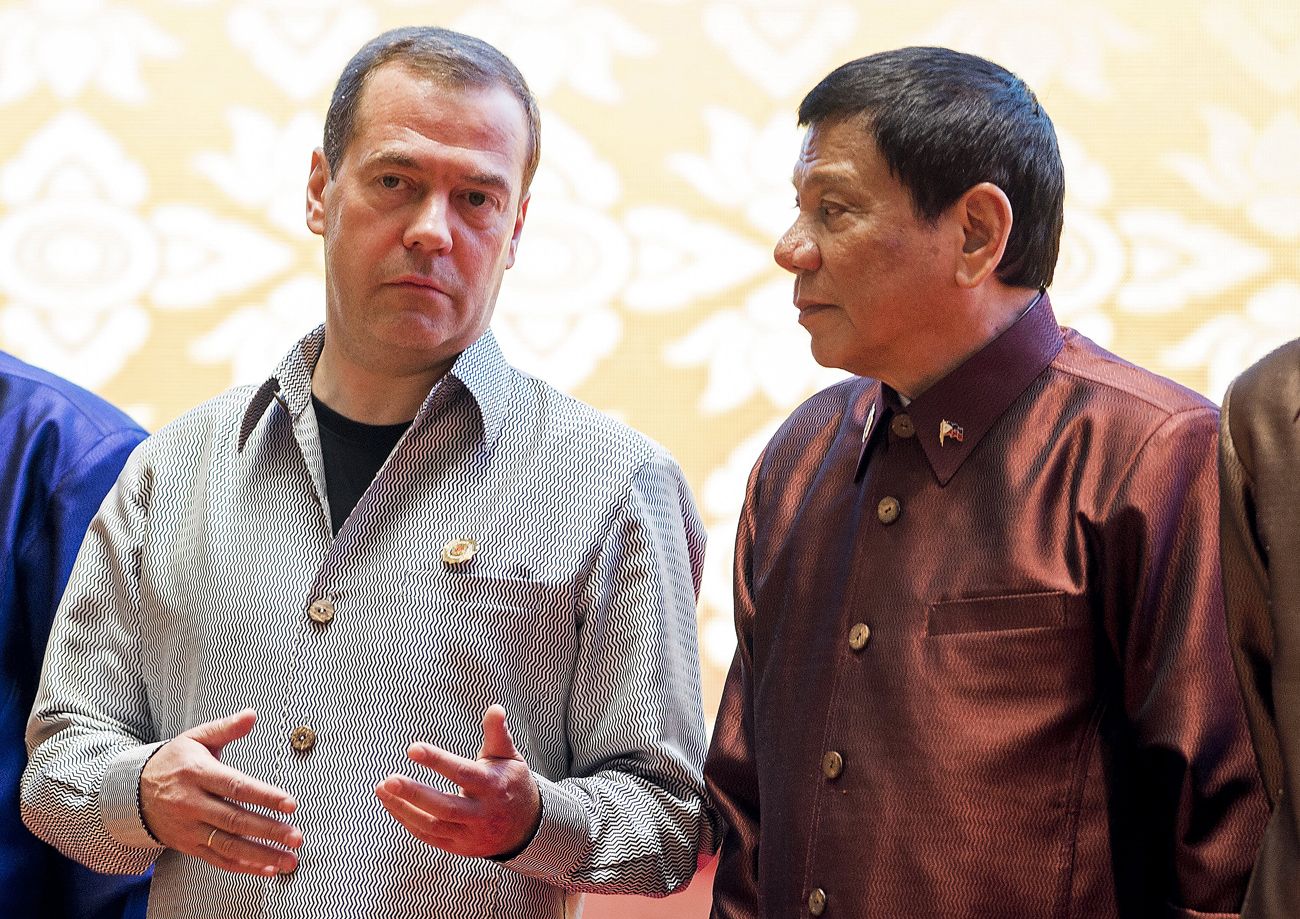 “We believe that all this would not necessarily translate to Russian support for China’s efforts to claim the South China Sea. China clearly wants to be the dominant power in the region, something that could jeopardize Russia’s efforts to engage the region and develop its Far East area.

“The Russian International Affairs Council believes that Russia should implement flexible geo-political maneuvering in its relations with China. This would necessitate a careful balancing at that requires Russia to maintain good relations with China while deepening ties with countries in the region that may have issues with China.

“I believe this is a good strategy and one that that the Philippines could support. It is a strategy that would require Russia not to take sides on who owns what, but would allow it to support actions that are based on the principles of international law and that reduce tensions.”

Growing the economic side

In 2015, total mutual trade turnover amounted to just $0.58 billion, a significant drop from $1.4 billion in the year earlier period. Unfortunately, commercial exchange between the two countries lacks diversification, as the supply of oil and petroleum products accounts for 88 percent of Russia’s export to the Philippines.

Igor Khovaev, the Russian ambassador to the Philippines, sees a lot of opportunities in the fields of transportation, energy, trade, investments and mining. Plus, Russian tourists spend two to three weeks in the Philippines with their families. He is also eyeing talks on possible bilateral labor relations, to invite more Filipinos to work in Russia.

During his election campaign, Duterte had promised to relook the 2014 Visiting Forces Agreement between the Philippines and the U.S. Filipinos have come to perceive the treaty as discriminatory and imposed by a dominant – and former colonial – power. Having American bases and military personal scurrying around the country with impunity is not insults Filipino pride but the agreement places curbs on the country’s ability to act independently in the international and military domains. 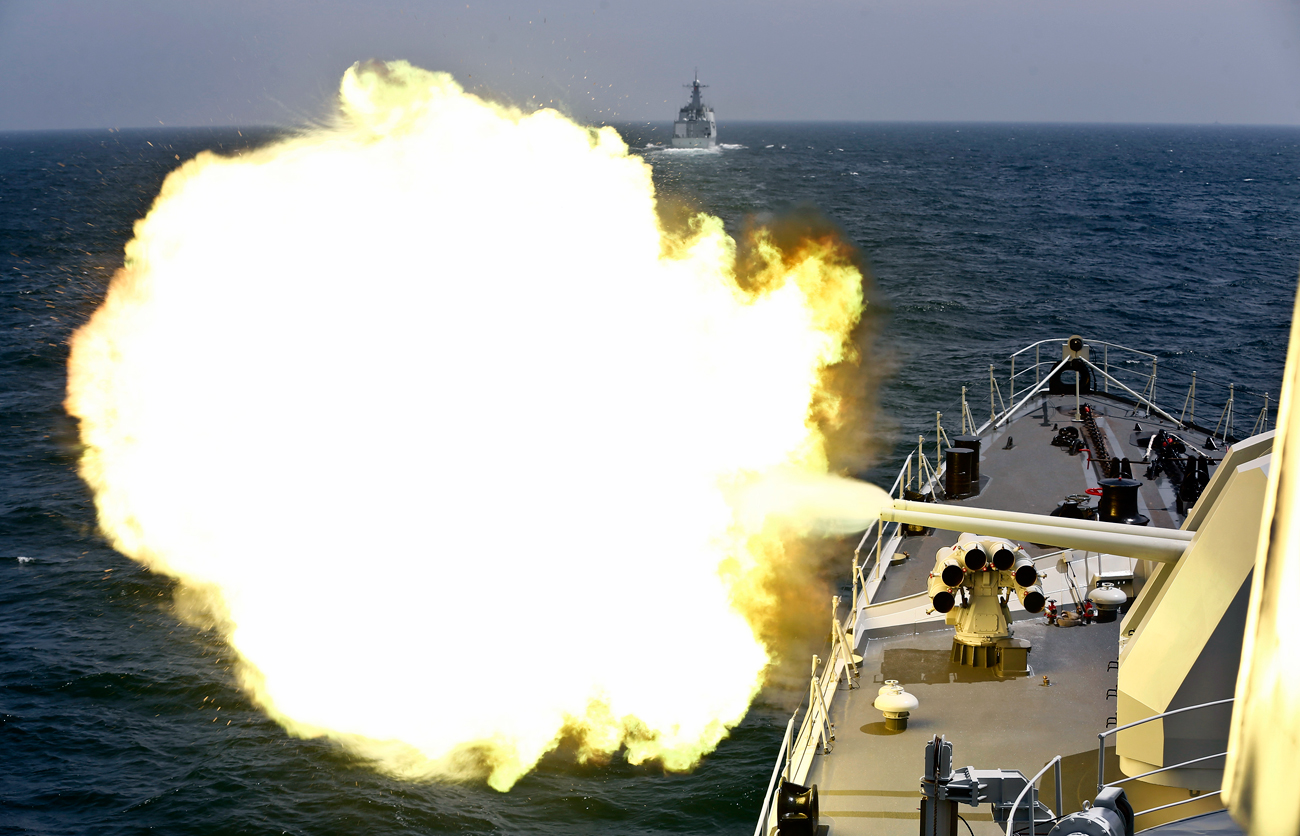 Meanwhile, as the Philippines and the U.S. lurch towards a divorce, new suitor Russia is putting on the charm offensive. According to ambassador Khovaev, Moscow and Manila are ideal allies. “We have no disputes, no political contradictions or differences,” he says. “What’s needed now is develop cooperation in practical terms, to elaborate and implement specific concrete projects in different fields. It’s time for the Russians to discover the Philippines and vice versa. It’s time for the Filipinos to discover the Russians.”