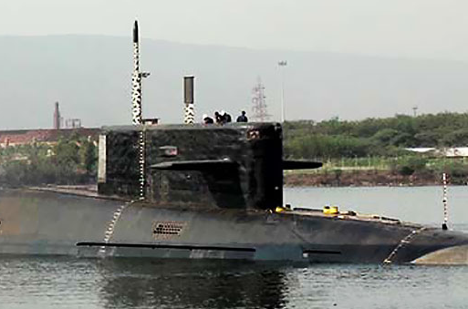 As India’s first nuclear powered submarine prepares for its maiden missile launch, a look at the extent of Russian assistance in the Arihant project.

The India-Russia partnership has resulted in a string of successful defence projects, but none is more strategically important than INS Arihant, India’s first indigenously developed nuclear powered ballistic missile submarine.

The 6000 ton Arihant, which has completed sea trials, is likely to undergo its maiden missile test-firing this month. The test will in all likelihood involve the 700 kilometre range K-15 submarine-launched ballistic missile (SLBM) or the 3,500 kilometre K-4.

If successful, India will finally be able to complete its nuclear triad, giving the country’s strategic planners multiple options if it comes to a nuclear confrontation. A nuclear triad refers to the three components of atomic weapons delivery: strategic bombers, intercontinental ballistic missiles (ICBMs) and SLBMs.

Of the three elements of the triad, the SLBMs are considered the most important because nuclear powered ballistic missile submarines – aka SSBN, for ship submersible ballistic nuclear or ‘boomer’ in the colloquial language of seamen – are the hardest to destroy. They give you the ability to retaliate if the enemy destroys your ICBMS or strategic bombers in a surprise attack.

Boomer technology is therefore a closely guarded secret. In fact, in the entire history of nuclear weapons systems, there are only two known instances of one state actively helping another acquire a boomer. In the 1960s the Americans passed on SSBN and SLBM technology to their British cousins as a token of their special relationship. (Strategically, however, it is of no significance because the British fleet is not only tiny but it reportedly cannot fire its missiles without American approval.) The only other instance is Russia providing assistance to India in building the Arihant.

The third leg of the nuclear triad is of great significance to India. If a first strike takes out India’s land-based ballistic nuclear missiles and strategic aviation, then the Indian Navy’s boomers lurking in the ocean depths can launch retaliatory strikes that will render the attacking country unfit for human life.

India initiated work on a nuclear powered submarine in 1974 – three years after the 1971 India Pakistan War during which the American aircraft carrier USS Enterprise steamed up the Bay of Bengal and a British fleet sailed towards the direction of Mumbai as a warning to India. In response, Russia despatched nuclear-armed submarines and ships from its Pacific Fleet in Vladivostok to prevent a joint US-British strike on India. The then Prime Minister Indira Gandhi was said to have been so impressed by the Russian fleet’s ability to change the course of the war that she ordered the launch of the project.

However, typical of Indian defence projects, the submarine programme never quite achieved traction. Although the navy was involved, the project was from the start under the thumb of the civilian Department of Atomic Energy (DAE). Way in over its head in a project it couldn’t begin to fathom, the DAE failed to come up with a nuclear reactor that could operate on the rough seas.

According to Praful Bidwai, the DAE’s original design of 1975 proved totally unviable and had to be abandoned after about Rs 100 crore (or Rs 1 billion in today’s terms) was spent on it.

“The DAE learnt no lessons from this disaster,” Bidwai says. “Indeed, when a critic with a reactor engineering doctorate, then navy Captain B.K. Subba Rao, voiced his doubts about its design, he was victimised. He was arrested on his way abroad for an academic conference and charged with espionage – an accusation he successfully disproved after long periods in jail.”

By the mid-1980s the project had soaked up as much as Rs 2,500 crore (Rs 25 billion) in research and development costs. Bidwai says the project failed because the concerned agencies couldn’t fabricate high-quality components and equipment, but the constant interference by the civilian bureaucracy certainly took its toll.

The project was re-launched in 1985 under Defence Research & Development Organisation (DRDO) co-ordination with the codename Advanced Technology Vessel (ATV). With a retired vice admiral in charge, work on a prototype reactor began at the Kalpakkam nuclear power plant.

“But the project was still not getting anywhere,” says V. Koithara in the book Managing India’s Nuclear Forces. “India then sought and got much more substantial Russian help than had been envisaged earlier. The construction of the submarine’s hull began in 1998, and a basically Russian-designed 83 megawatt pressurised-water reactor was fitted in the hull nine years later.”

Ashok Parthasarthi, a former science and technology adviser to the late Prime Minister Indira Gandhi, sums up the extent of Russian assistance: “India's first indigenous nuclear submarine, INS Arihant...would have just been impossible to realise without Russia’s massive all-round consultancy, technology transfer, technical services and training, technical 'know-how' and 'show-how,' design of the submarine as a whole, and above all numerous operational 'tips' based on 50 years of experience in designing, building and operating nuclear submarines.”

According to Bidwai, “Scores of Russian engineers were sent to India to aid the DAE and DRDO....It was the Russians who supplied the vital designs, precision equipment based on their VM-5 reactor, and the technology of miniaturising the reactor.”

And if there were any doubts about the extent of Russian involvement, they were cast away on July 26, 2009 when 143 Russian engineers, designers and consultants – all participants in the project – attended the boomer’s launch ceremony at Visakhapatnam on the east coast.

As well as Arihant class boomers, the Indian Navy also plans to acquire as many as six nuclear-powered attack submarines or sub surface nuclear (SSN). India is reportedly holding discussions with shipbuilders from France and the US on participating in the SSN project. This seems wrong in so many ways.

Unlike western support, Russian assistance comes with no strings attached. “Although Russian assistance was extended throughout the 25-year designing and building of Arihant, at no time did anyone in the Russian government ever even mention any end-use restriction,” Parthasarthi points out.

This is significant in the backdrop of India’s quest for diversification in defence purchases. Parthasarthi contrasts Russian military sales with American assistance. “And yet, if India were to import some incomparably low-tech electronic warfare equipment from the US, the US government will demand the application of the end user monitoring agreement.”

When choosing a partner for its future nuclear sub fleet, the Navy brass and the political leadership should bear in mind that the US has traditionally been an unreliable partner in almost every area but especially in defence matters.

France, which welched on the $1 billion Mistral deal with Russia, is no better. Where once it pursued an independent foreign policy, Paris’ interests are now closely aligned with those of the US. French armed forces are partnering the US in a range of conflicts in the Middle East.

“If an Indo-Pak war occurs or we conduct nuclear device tests, the NATO government of the foreign supplier will embargo all supplies of spares and technical services, thereby immobilising our imported weapon systems. Only Russia has never applied embargoes on us,” Parthasarthi explains.

Also, India has had the opportunity, which no other country has had, to test drive foreign nuclear submarines. The Indian Navy was able to lease and operate a Charlie class Soviet submarine for three years beginning 1988.

Again, in 2012 India acquired an Akula II class nuclear attack submarine from the Russian Navy, with an option to buy the vessel after the lease expires. Three hundred Indian Navy personnel were trained in Russia for the operation of the submarine, which was renamed Chakra II.

Can you imagine the US, France or Germany offering India such terms?

And finally, costs. India spent Rs 300 billion on the Arihant project, reinventing the n-submarine. Had New Delhi asked for Russian assistance in the 1970s, the Indian Navy would have acquired a boomer at least a decade or two earlier – and for a lot less.

The sticker price for the six new SSNs is projected at Rs 1 trillion. The entire world knows how the French Rafale’s cost kept increasing like an ever expanding balloon, forcing India to cut its order from 126 aircraft to just 36. India’s future nuclear submarine fleet should not face a similar fate.

SOME KEY AREAS OF RUSSIAN HELP

AKASH: Russia’s NPO Mashinostroyenia provided crucial assistance in the development of the Akash surface to air missile. The key area was helping DRDO overcome the problem with Akash’s supersonic engine. 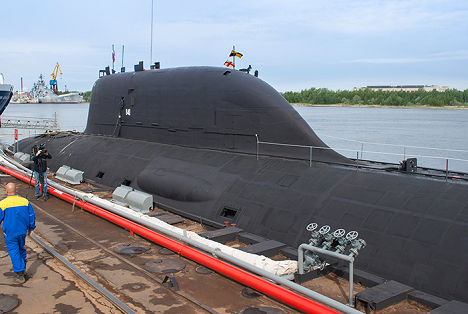