Doping: Why western athletes are the real champions of steroids 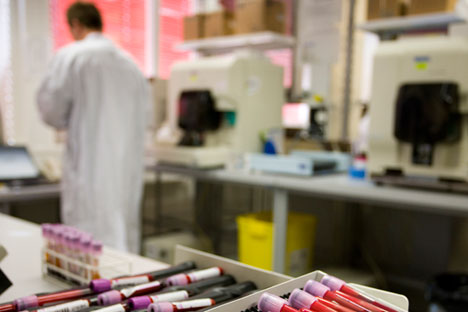 Whether it’s accusations of gender bending or steroid abuse, Russian athletes have always competed under intense and intrusive scrutiny.

Reuters
The Russian doping scandal pales when you compare it with rampant State-sponsored doping in the West.

At the 1966 European Track and Field Championships in Budapest, Hungary, rumours circulated that some of the top athletes from Russia and Eastern Europe were actually men disguised as women. In response, competition officials conducted “sex tests” to verify that no men took part in women’s competitions.

The accusation was false. The World Tennis Association said it had “never seen a more disgraceful and irresponsible act by a sports official...an egregious breach of ethical standards”. Russian Tennis Federation president Shamil Tarpishchev said the Belgian was “allergic to our success”.

At the 2012 Summer Olympics, the Chinese were upset that their swimming sensation Ye Shiwen’s tremendous performance was attributed to drugs. In fact, the 16-year-old was mobbed by western media reporters who asked her if she had taken drugs – in as many words. Such an outrageous question, however, wasn’t put to American swimmer Missy Franklin, who got four Olympic gold medals and was only a year older. Indeed, when Franklin made waves, she was just a “teen prodigy”.

Isn’t it curious that the accusations of doping by Russian athletes are coming when the western powers and their proxies are getting a whipping in Syria? But then war, politics and sports are intertwined and interlinked. So, yes it’s curious, but not surprising.

Doping in the West

The reality of high-level sports is that just about everyone cheats in sports. And the biggest cheats are from the West.

In Australia, “Steroids for success” seems to be the motto of the sporting fraternity. The Australian Crime Commission in its report delivered in February 2013 said Australian sport is awash with peptides, hormones and other banned drugs, with entire teams believed to be doping.

The commission found dope being administered by sports scientists in cahoots with coaches, doctors and pharmacists. Mind you, this is state sponsored doping by a nation that has a burning desire to be acknowledged by the rest of the world as ‘butch’.

What makes it worse, the report says, is that criminal elements might have infiltrated professional sports and fixed matches to manipulate betting markets.

The Anabolic Aussie was exposed weeks after American sporting icon Lance Armstrong’s legacy as cancer survivor turned seven-time winner of the Tour de France lay in ruins after he was accused of being the ringleader of the most sophisticated doping conspiracy in sporting history.

The Armstrong affair was not simply a matter where one man was lying. The entire American athletic ecosystem including his fellow riders and former wife were involved. Armstrong, however, kept up the denials until incontrovertible evidence was literally thrust in his face.

You have to wonder: How many of the hundreds of Olympic medals won by Americans were gained by doping? How many cricket and rugby world cups did the Australians take home because their opponents lacked the steroid edge? It would appear that those not caught are the ones not tested.

What exactly happens in the West’s locker rooms?

On September 24, 1988, Ben Johnson won the 100m final at the Summer Olympics in Seoul, lowering his own world record to 9.79 seconds. The Canadian was disqualified and his gold medal went to second-place finisher, the American, Carl Lewis.

But few are aware that Lewis, along with sprinter Joe DeLoach and hurdler Andre Phillips, had tested positive for banned stimulants at the US Olympic Trials two months earlier.

Lewis walked away into the sunset with nine Olympic gold medals and eight world championships. Despite allegations that he was the beneficiary of a drugs cover-up, the American led a charmed life. The International Olympic Committee named him the Sportsman of the Century and Sports Illustrated named him the Olympian of the Century. In 2011 he announced he was running for the New Jersey Senate.

But then it all came unstuck. In 2003 the Orange County Register obtained confidential documents from 1988 to 2000, showing not only rampant drug abuse by American athletes but also that such abuse was allowed with an indulgent wink by the United States Olympic Committee.

“Three urine samples provided by Lewis on three days during drug tests at the Trials in Indianapolis came back positive for pseudoephedrine, ephedrine and phenlypropanolamine, drugs banned by the US and International Olympic committees,” said the paper.

According to the Orange County Register, the documents “show for the first time how the US Olympic movement failed to deal with its own doping issues and kept test results a secret while accusing other countries of failing to control drug use in athletics”.

Forced into a corner, Lewis finally admitted he had failed three tests during the 1988 US Olympic Trials, which under international rules at the time should have prevented him from competing in the Seoul games.

And this is the scary part – Lewis claimed he was just one of “hundreds” of American athletes who were allowed to escape bans. “There were hundreds of people getting off,” he said. “Everyone was treated the same.”

It is evident that the US is encouraging doping in a bid to gain Olympic glory. And no doubt other western countries are following big brother’s lead.

The dirtiest race in history

Now let’s look at the line-up of the sprinters – all from the Western Bloc – in that afternoon race in Seoul.

Lane 8: Dennis Mitchell of the United States. Ten years after that race, he tested positive for testosterone. He blamed "five bottles of beer and sex with his wife at least four times" for the testosterone found in him. Incredibly, USA Track and Field accepted that laughable explanation. The IAAF, however, did not and banned him for two years.

Lane 7: Desai Williams of Canada. When Ben Johnson's coach testified he had supplied Williams too with steroids, the sprinter admitted to drug abuse.

Lane 4: Linford Christie of Britain strangely avoided punishment for testing positive for a stimulant in Seoul. He wasn't that lucky in 1999 when he was caught using ananabolic steroid. He was banned for two years.

Lane 2: Twenty years after that race, Ray Stewart of Jamaica was banned from the sport for life for trafficking a prohibited drug.

So there you go, only two of the eight athletes of the 1988 100m sprint were kosher. The rest were all cheating. Johnson's coach, Charlie Francis admitted in his book Speed Trap that his athletes were taking anabolic steroids, as he claimed all top athletes at the time were.

Let’s take a look at West Germany, which incidentally was considered to be the moral antithesis of steroid-soaked East Germany. Thanks to the Stasi files we now know East Germany had an advanced doping programme. But it now transpires the West Germans were no saints either.

After the debacle at the 1976 Montreal Olympics, where East German athletes took home 40 golds to West Germany’s 10, the annual congress of West German sports doctors called for a lifting of the ban on anabolic steroids. Let’s hear that again – Germany wanted steroids to be openly available to its sports teams. Predictably, it became a hot potato, and the doctors publicly trashed the plan.

“But behind the scenes they still continued their activities using the same drugs under programmes slyly called ‘substitution’ and ‘regeneration’. The doctors did this in cooperation with sports officials and with the blessing of some big names in sports medicine in Freiburg, Cologne and Paderborn,” writes Thomas Kistner in The German Times.

Sport is war minus the shooting, although sometimes it does end up like that. Read this. Athletes come for glory and nations bask in that glory. Often it’s the pressure to win that makes sports people cheat. Banned practices like steroid abuse and blood doping cut across all countries and sports. The problem in the West is they habitually take the high moral ground.

American baseball is awash in drugs. It’s so bad that in locker rooms the tag line is, “If you’re not cheating, you’re not trying”.

The use of performance-enhancing drugs has also been found in American football, including college level and high school. “Ninety percent of the athletes I know are on the stuff,” said Denver Broncos defensive lineman Lyle Alzado while exposing steroid use in football.

If 90 per cent of American football athletes are on steroids, could the percentage in other sports be any lower?

So the next time you see a muscular American basketball player do a slam dunk or an Australian fast bowler shatter the stumps with a 150 kph yorker, don’t waste your breath saying “Wow”. Chances are high that the ball was propelled by a steroid-pumping humanoid.