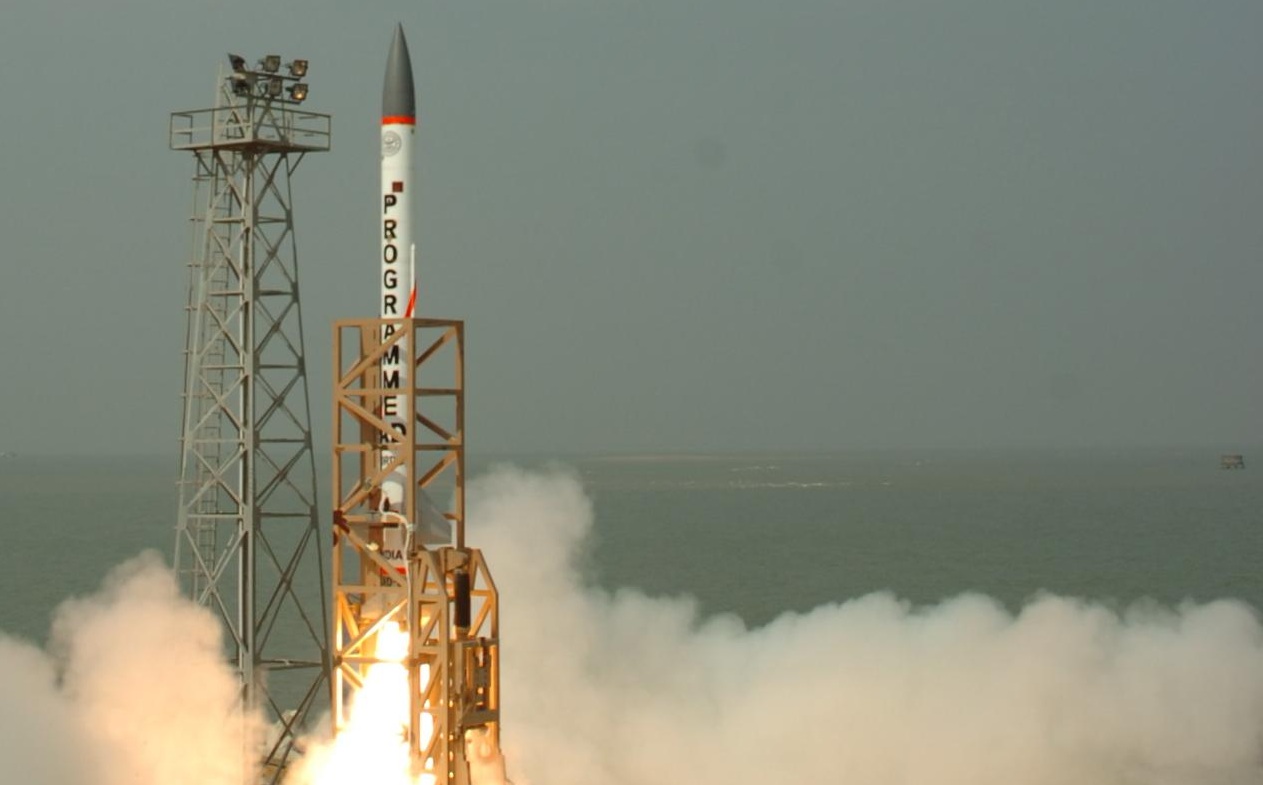 wikipedia.org
By ratcheting up spending in ballistic missile defence, India can apply the squeeze on the Pakistani economy.

India’s claim that its indigenously designed ballistic missile defence (BMD) system – successfully tested on May 15 – can defend the country from a nuclear attack is being contested by a Russian expert.

According to Petr Topychkanov, Associate at the Carnegie Moscow Centre’s Non-Proliferation Programme, despite heavy investments in developing BMD systems, India may not be able to fully defend itself in a conflict from strikes by Pakistani missiles.

“Even in 10 years and with the huge budgets that India plans to spend on the development of nuclear weapons and capabilities, it is difficult to imagine it will be able to defend its territory from possible strikes from Pakistan in case of conflict,” he says.

Topychkanov’s observation isn’t wrong. Although India is now only the fourth country after Russia, Israel and the US to successfully test a BMD system, it is currently taking baby steps in ballistic missile development. BMD technologies are complicated and it will take years – and perhaps decades –before India gets a reliable system.

Even the superpowers with huge economic and technological resources at their disposal did not erect iron domes over their territories. During the Cold War, despite thousands of Russian nuclear-tipped missiles pointed at its cities and strategic nerve centres, the US abandoned its lone BMD site, in North Dakota. The Russians also built just one system, over Moscow, with the difference that it stands to this day.

In fact, Dmitri Rogozin, Russian Deputy Prime Minister responsible for the military-industrial complex, has declared: “Missile defence is an illusion – no matter how much money you invest in it.”

But Topychkanov’s opinion doesn’t provide the complete picture. India’s BMD programme is not a zero-sum project that will either protect the country or won’t. Rather, it is part of a strategic escalation that will have far-reaching geopolitical impact, especially on Pakistan.

A detailed study titled 'On the Strategic Value of Ballistic Missile Defence' by the French Institute of International Relations explains how BMD works to unhinge the enemy’s strategy. According to the study, BMD:

In short, a robust missile defence system helps to put the burden of escalation in an emerging crisis on to the adversary. When a crisis has become a hot war, then missile defence again has various strategic values. It:

India’s development of a missile defence system will complicate the Pakistani military’s war planning. The Indian Army’s Cold Start strategy, for instance, has put huge pressure on the Pakistani economy by forcing Islamabad to crank up the production of nuclear weapons as well as delivery systems such as ballistic, cruise and tactical missiles.

The latest Indian test is likely to create more insecurity in the Pakistani military establishment. A report by the World Politics Review, states: “India’s pursuit of strategic technologies, including BMD capabilities, has created extreme paranoia in the Pakistani defence and security establishment. Pakistan has already drastically increased its nuclear arsenal in recent years in response to India’s BMD efforts.”

Given the Pakistani obsession with matching India weapon for weapon, it is likely Islamabad will try and develop a Made in Pakistan BMD. At the same time, it will attempt to buy systems from outside as a hedge against failure.

Either way the impact on the Pakistani economy will be immense. The Stockholm International Peace Research Institute lists India as the fifth largest military spender with an annual budget of $51 billion. In contrast Pakistan's military budget is a paltry $7.6 billion. In overall economic terms, India's GDP of $2 trillion is the seventh largest and dwarfs Pakistan's $269 billion economy which is ranked 41st in the world.

Considering such economic disparities, there’s no way Pakistan can match India missile for missile. Overspending on defence could well bankrupt Pakistan, especially in the backdrop of western economies no longer having the inclination or the capacity to bail it out as they did in the past.

Will Islamabad take the bait?

Pakistan’s military leadership is obsessed with growing its atomic arsenal to the detriment of its economy. Terrence P. Smith of the Centre for Strategic and International Studies says that for Pakistan, nuclear weapons have become a “psychological equaliser”.

Says the Bulletin of Atomic Scientists: “In working to double the size of its already substantial nuclear arsenal, Pakistan continues to place a disproportionate focus on its nuclear programme ahead of other key security concerns. This behaviour is far from new. In 1972, Pakistani President Zulfikar Ali Bhutto famously proclaimed, ‘Even if we have to eat grass we will make nuclear bombs’. Four decades later, Pakistan continues to pursue this strategy of nuclear build-up at any cost, thereby diverting resources away from other programmes that could attempt to address the country’s internal security and economic threats.”

India’s BMD could be the proverbial straw that breaks the back of the Pakistani camel.

In 2013, a BMD radar in Armavir, in southern Russia, detected the launch of two ballistic missiles in the Mediterranean Sea, which later turned out to be part of Israel’s test of its missile defence shield. Russia has also begun testing a new radar, designed to detect highly manoeuverable aerial targets, including cruise missiles and unmanned aerial vehicles, at a range of up to 3,000 km. India’s BMD research could also take it

In 2012 Russian President Vladimir Putin, explained how Russia’s defence sector could pull the rest of the economy out of the woods. “The renewal of the military industrial complex will become a locomotive that will pull the development of various industries: metallurgy, mechanical engineering, the chemical and radio-electronic industries, the entire [information technology] and telecommunications range. The task is to multiply Russia’s economic power, create an army and military-industrial complex that will secure Russia’s sovereignty, the respect of our foreign partners and lasting peace.”

Similar benefits could accrue to India through investments in BMD and the wider defence industry.