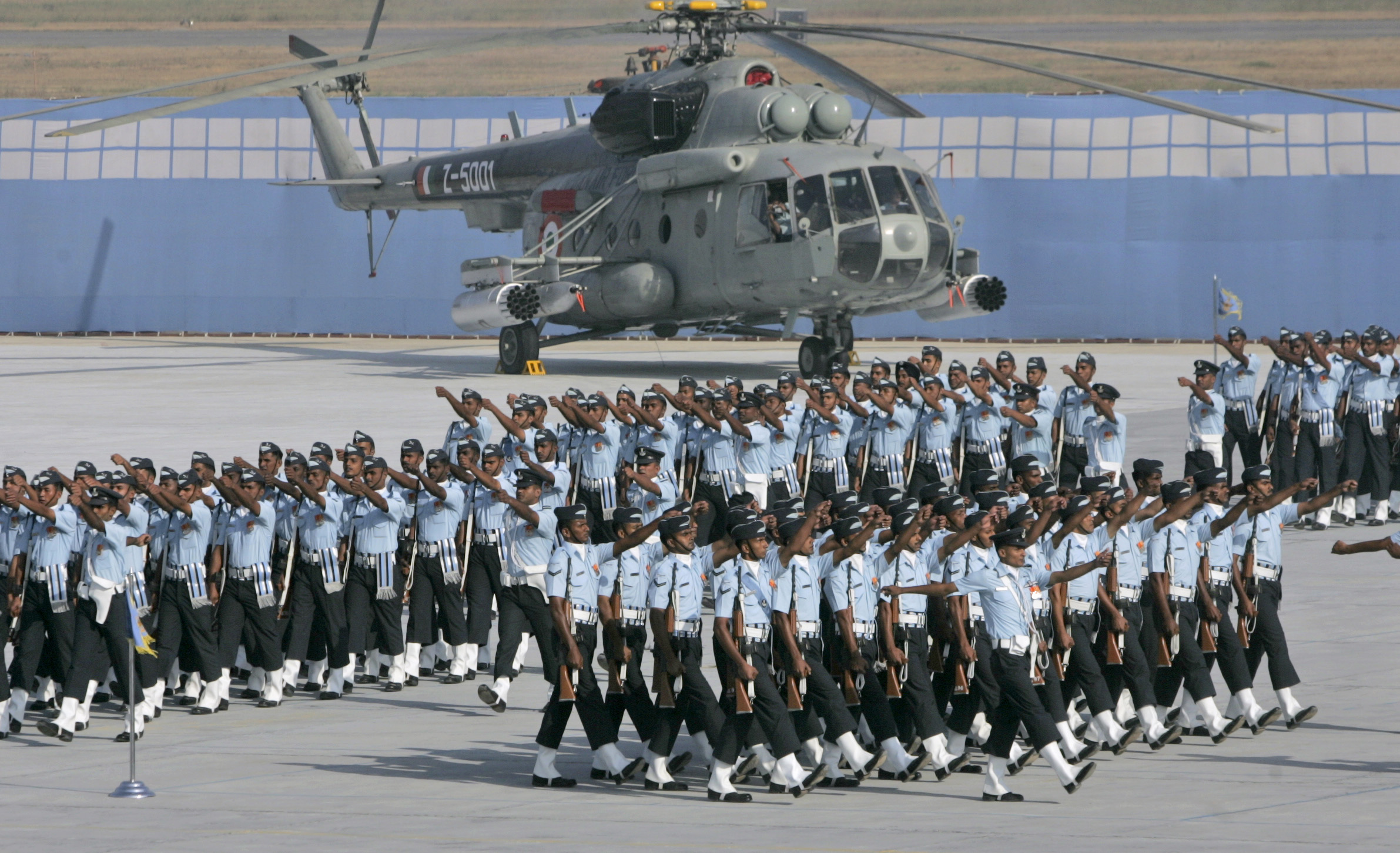 AP
Typical of Russian helicopters, the Mi-17 is a thick skinned beast that offers the safest ride to the target and back. Which is why it was used in the trans-LoC strike against terrorists.

The Mi-17 helicopter is proving to be the favourite ride of India’s Special Forces. These Russian made helicopters were used in November 2008 in the commando assault on Mumbai’s Chabad House, where Pakistani terrorists had taken the Jewish residents hostage.

On September 28, four Mi-17 IV helicopters were used to ferry around 60 special forces fighters during the unprecedented strikes on terrorist camps on the Pakistani side of the Line of Control (LoC).

According to media reports, “Two choppers landed not very far from the targets – makeshift structures housing militants waiting to cross over to India at the slightest opportunity – dropping around 30 commandos who went about their task in a blitz. Many of the targets were in deep sleep when the attack happened. On the other hand, another two choppers dropped the specialised troops on the Indian side of the LoC. These troops proceeded silently towards their targets on foot.”

India’s ‘surgical strikes’ saw near-perfect coordination between the special forces, the Bihar and Dogra Regiments and the Indian Air Force (IAF), as well as other security and intelligence agencies. The strikes resulted in significant casualties to militants, with an unknown numbers of Pakistani soldiers also believed to have been killed.

Depending on the variant, the Mi-17’s maximum takeoff weight is 13,000 kg – this allows it to carry up to 36 heavily armed troops or 4,000 kg of cargo inside the cabin, with an additional 4500 kg payload attached on an external sling. An enlarged rear door with a loading ramp substitutes for the older clamshell doors, making it quicker and easier to load and unload troops and supplies.

Its two TV3-117BM turboshaft engines are rated at 1900 hp each, giving it greater service/hovering ceiling, improved performance in “hot and high” conditions. The avionics set includes radio and flight navigation equipment used to fly the helicopter under day, night and adverse weather conditions, and de-icing equipment.

For commando attacks such as the one carried out across the LoC, the endurance and range of the Mi-17 gives India considerable leeway. With an operational range of 580 km, it allows the special forces to strike targets as deep as Peshawar in the northwest. The range can be extended to 1065 km when equipped with two auxiliary fuel tanks. Plus, the helicopter’s operational ceiling of 20,000 ft means it is well beyond the range of small arms fire most likely to be encountered in stealth operations.

As AgustaWestland goes down, Mi-17 gets a Mayday call

Typical of Russian helicopters, the Mi-17 is a thick skinned beast. Soldiers in war zones love it because the chopper’s heavy armour provides better protection. A Syrian Air Force Mi-17 was hit by an air-to-air missile fired by a Turkish Air Force fighter aircraft in 2013, but the helicopter survived long enough for both Syrian pilots to bail out in their own airspace and avoid capture. Compare that to the spectacular destruction of a Turkish Cobra after it was hit by a Russian made Strela shoulder fired missile. The US made chopper went out of control, caught fire and came apart in midair, killing both pilots.

According to Strategy Page, the Mi-17’s success is due to the fact the Russians “just kept adding better engines and electronics” to the chopper’s basic frame. “If you want mobility for the least cost you get the Mi-17,” it says.

Because most stealth ops are conducted at night, reliable helicopters that can navigate without fuss are critical to the success of such missions. During the 1979 Iranian hostage crisis, American special forces had undertaken a risky mission to rescue US citizens in Iran. However, the mission had to be aborted when one of the helicopters crashed into a transport aircraft at a rendezvous point in the desert. Again, in 2011, ‘Operation Geronimo’ or the US raid on a Pakistan safe house to take out the terrorist leader Osama bin Laden nearly failed when one of the two stealth helicopters crashed.

The latest version of India’s Mi-17 is the V-5, which is equipped with night vision technology, on-board weather radar, a new PKV-8 autopilot system, and a KNEI-8 avionics suite, which, according to a Russian Helicopters press release, results “in a very clear and intuitive cockpit with four large multi-functional displays that are easy to read and help reduce pilot fatigue”. The system purportedly also helps reduce pre-flight inspection time. This can be critical in special forces operations when soldiers have to move at short notice in response to real time intelligence. Delay could mean firing bullets and rockets in an empty target zone.

Furthermore, the chopper can be armed with various machine guns, missiles and rockets. Some of the Mi-17s, which form the backbone of the IAF’s transport helicopter fleet, have been weaponised with 57 mm rocket pods. However, for the September 28 operation it is likely barebones Mi-17s were selected in order to maximise troop payload.

Russian helicopters have acquired a well-deserved reputation for being effective weapons of war. It was the experience gained during the decade-long Afghan operations that helped Russian designers to make them more survivable and combat effective. In fact, it is a Pentagon inspired myth that US supplied Stingers ended Russian supremacy in the battlefield. The new shoulder-fired missile did bring down many Russian choppers initially, but it did not transfer the military advantage to the Mujahidin. On the contrary, Russian pilots easily dodged these missiles with flares and better flying techniques.

The most famous of these helicopters was the Mi-25, which Russian pilots nicknamed the “Flying Tank” because it was not only extremely survivable, but also created terror among the mujahidin. The gunship was so effective that the fear-stricken Islamic fighters called it the "Shaitan-Arba" or Satan's Chariot.

The proven effectiveness of Russian helicopters is the reason why the Pentagon paid Moscow $1 billion for supplying the Afghan military with Russian-made helicopters. That’s right, the Americans paid the Russians a billion dollars for Russian helos because the Afghan Air Force just hates US military equipment.

Questioning the suitability of US choppers, a highly experienced Afghan pilot, Colonel Qalandar Shah Qalandari, says the MD 530F scout helicopter is "a total mess...It's unsafe to fly. The engine is too weak. The tail rotor is defective. And it’s not armoured...Even the guns are no good”.