Moving away from a West-centric outlook 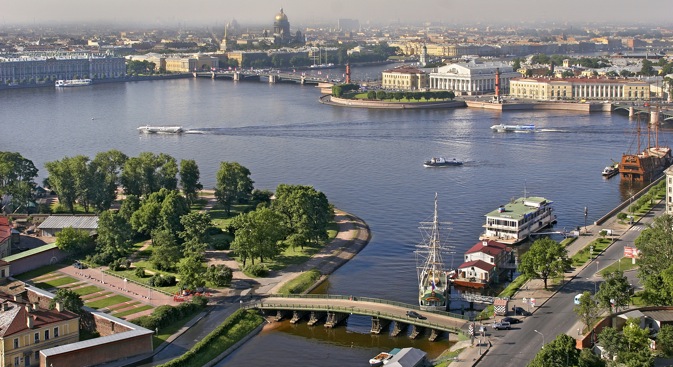 The western media is not likely to change its negative approach towards Russia anytime in the near future. It’s time for Russians to stop caring.

Before writing this column I would like to make it absolutely clear that I am not anti-West, and there are a lot of things about western countries that I absolutely admire.  However, I find this need among many influential people in Russia to have western approval absolutely cringe-worthy.

Over the last two and a half decades, the American film and television industry has managed to completely capture the Russian market. It’s incredibly difficult to find a Russian film being screened in Moscow. The cinema halls mostly show dubbed Hollywood pictures. This domination of the Russian cultural space by the U.S. and its allies has led to many Russians seeing their own country through a western prism.

While there may be some justification for calling St Petersburg the ‘Venice of the North, why is Vladivostok called the ‘Russian San Francisco?’ The list goes on with some smaller regions in the Caucasus being labeled the ‘Switzerland of Russia.’ As nice as Venice, San Francisco and Switzerland are, they have their plus and minus points just like any other place on earth. The problem with many Russians is that they blindly accept the hype over places in the West and try overly hard to equate their own cities with benchmarks set in Europe and the U.S.

This lack of self confidence and need for approval from the West were the direct result of perestroika and the losing of superpower status.  It has however been almost a quarter of a century since the USSR collapsed.  Over this time, Russia has managed to revive and reinvent itself.  The country is blessed with so much natural beauty and some of the most charming cities in the world. It’s time to develop thick skin and no longer care what the West thinks.

I take the example of a country like India that is constantly under siege from the western media and its local ‘sepoys.’ No article published by a western newspaper or wire service on India’s achievements would be complete without a mention of the country’s poverty. Whether it’s the space program or some massive infrastructure project, somewhere or the other, there will be a line about the percentage of people living below the poverty line in the country. The same goes with western news agencies and their photo desks. A poor person, a cow or some sign of poverty is an essential part of a photograph of India.

As India continues to grow economically and takes the right steps to eradicate poverty, an increasing number of Indians just do not care about biased media coverage from the West. The prevailing wisdom in the country is on the lines of ‘let them wallow in their own ignorance.’  While there are those in cities like Udaipur, who call their city, ‘the Venice of the East,’ the decision-makers in the state of Rajasthan are more keen to promote their beautiful culture than falling prey to such silly comparisons.

Russians need to develop thick skin and have a similar attitude towards western negativity. Over the last decade, there has been a clearly visible improvement in infrastructure and standards of living across Russia. But we’ll never read about this in any western publication. If something unusually negative happens in a Siberian village, it has a great chance of making headlines around the world.

It’s amazing how Europeans have the reasoning and logic to separate American foreign policy from culture, but still jeer at Russian performers at the Eurovision contest. For many in the West, the aggressive American military adventures do not equal American people, but different yardsticks get easily applied to Russia. Of course, this is the result of years of very effective brainwashing.

Russia has tremendous goodwill in Asia, the Balkans, Africa and Latin America. It’s time to capitalize and build on this. Many people in these regions want to see Russians have the same kind of confidence in their country as they did in the heyday of the USSR.

The first step on the road to building this confidence is de-hyphenation with the West. Let us stop the comparisons with Venice and San Francisco (and the free publicity these cites keep getting) when we talk about St Petersburg and Vladivostok. Russia needs to create it own tourism brand distinct and free of the West.  Of course, it would be nice to have more western tourists in Russia, but the world is certainly not just the West. This is precisely what some decision-makers in Russia need to understand.

Given all the restoration and redevelopment going on across the country, Russian cities will be at their best when the country hosts the 2018 FIFA World Cup. The sporting carnival is Russia’s best opportunity to showcase itself to the world. No amount of negative media coverage will be able to offset what football fans from around the world will see with their own eyes.