Ringing in the Russian spring 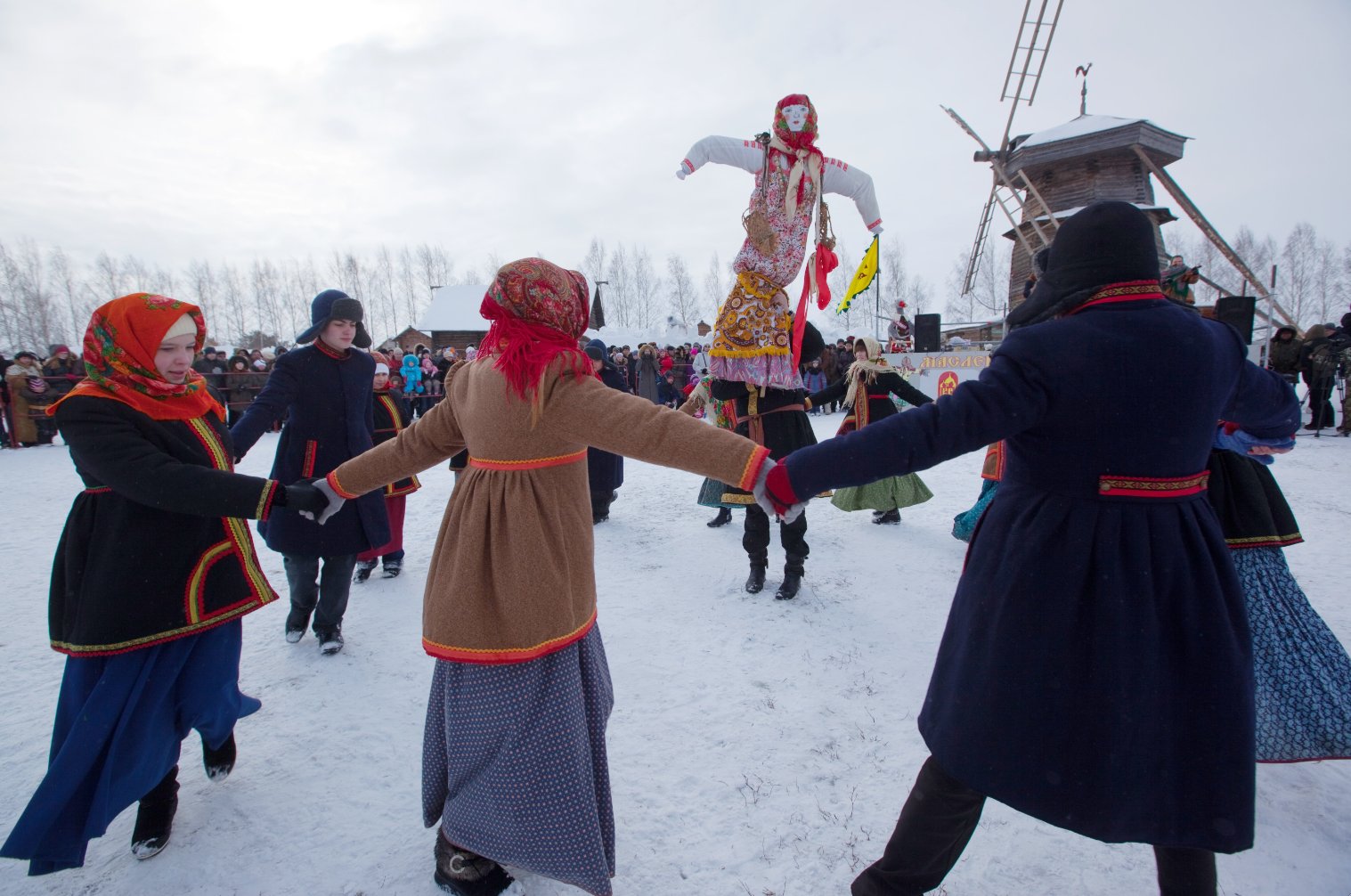 Russians welcome the spring with the Maslenitsa festival.

Mikhail Fomichev/RIA Novosti
Despite drastically different climatic conditions, there are a few similarities in the spring rituals in Russia and India.

The word spring conjures up images of green grass, blue skies, occasional bouts of rain, chirping birds and warmer weather. But as Muscovites discovered this week when a snowstorm hit the capital, spring, at least initially, is more a state of mind than an actual season.

I’ll never forget how the novelty of my first Russian winter wore off as soon as I realized that I would probably have to battle snow right into May. However, my Russian friends stayed as optimistic as ever.

On a freezing but sunny morning in March, I was invited to ritually welcome spring. This involved a walk in the snowy woods, where we made a straw effigy of winter called Lady Maslenitsa.

The festival of Maslenitsa goes back to the pre-Christian era in Russia and was a spring ritual marked by the ancient Slavs. It was later absorbed into the Christian tradition.

After feasting on the blini (Russian pancakes) that we cooked on an open fire, it was time to burn the effigy and say goodbye to winter.

There are probably common roots to this Slavic ritual and the tradition of burning the ‘Holika,’ the night before Holi, the festival of colors that heralds in the spring in India.

We can safely assume that the weather in northern India gets warmer right after Mahashivratri and Holi, but there are no such guarantees in Russia after Maslenitsa. After my first Russian spring ritual, I witnessed at least 5 snowstorms, all of which were more severe than what Moscow had to deal with recently.

Another spring tradition, which is more popular in the Russian Far East than in Moscow, is to joyfully welcome the first rains. Just like children in India like to run outside and get drenched in the first monsoon showers, Russians take in the first rains of the spring with a sense of gratitude.

In many parts of Russia, the latter part of spring brings with it a set of necessary evils. As temperatures rise above zero, the snow and ice melt, creating a muddy mess. There was hardly a day when I could manage to walk to work without my trousers getting dirty, either from me stepping on the slush or getting splashed by a speeding car on the street.

Since the temperatures usually fall back to below freezing at night, the sidewalks got slippery. This way I’d receive my fair share of falls in the evening to go along with the dirty pants. Talk about adding injury to insult!

There is also the looming danger of icicles that hang off the roofs of 5-floor buildings. It’s not uncommon to hear about people ending up in hospital after being hit by a slab of ice. There are also stories of sharp icicles piercing people to death.

Of course, these are not really ‘Moscow problems.’ The authorities in the capital make sure that sidewalks are cleared of snow and ice, but then the Russian capital doesn’t get even a third of the snowfall that cities in the Far East do.

A slowly fading tradition in many parts of Russia is the ‘subotnik,’ a spring-cleaning Saturday when residents of a neighborhood come outside and remove the garbage that was hidden by the mounds of winter snow.

I took part in four such cleaning initiatives in Russia almost a decade before Narendra Modi introduced the ‘Swacch Bharat’ mission in India.

The most common articles of junk that would emerge from under the snow were vodka and beer bottles, but that was in the Russia of the 2000s. Efforts to fight alcoholism in the country have paid rich dividends. I doubt that a spring-cleaning in 2016 would bring out as many bottles of alcohol as a decade ago.

The birds fly back north to Russia, the green grass grows and trees get a fresh set of leaves, but all this happens much later. In Moscow and central Russia, the real spring usually arrives in April.  Residents of the Russian Far East have to wait till May.

This brief and glorious period before the summer lifts just about everybody’s spirits. It brings out the poet in people and is also one of the most romantic periods in the country.

The real spring is the time to plant seeds in the compound of the dacha (summer cottage) and lay out flowerbeds. A time of pleasant weather, the May holidays, longer hours of daylight, and the promise of summer! School children and students are the happiest people in the country as the long vacations are just around the corner, even if they come only after exams.

Alas, this is still the beginning of March and most parts of the country still have a lot of snow to negotiate before the winter clothes can be stashed away in the wardrobe.  Despite this, optimism reigns supreme as the worst part of one of the coldest winters in a long time is over.