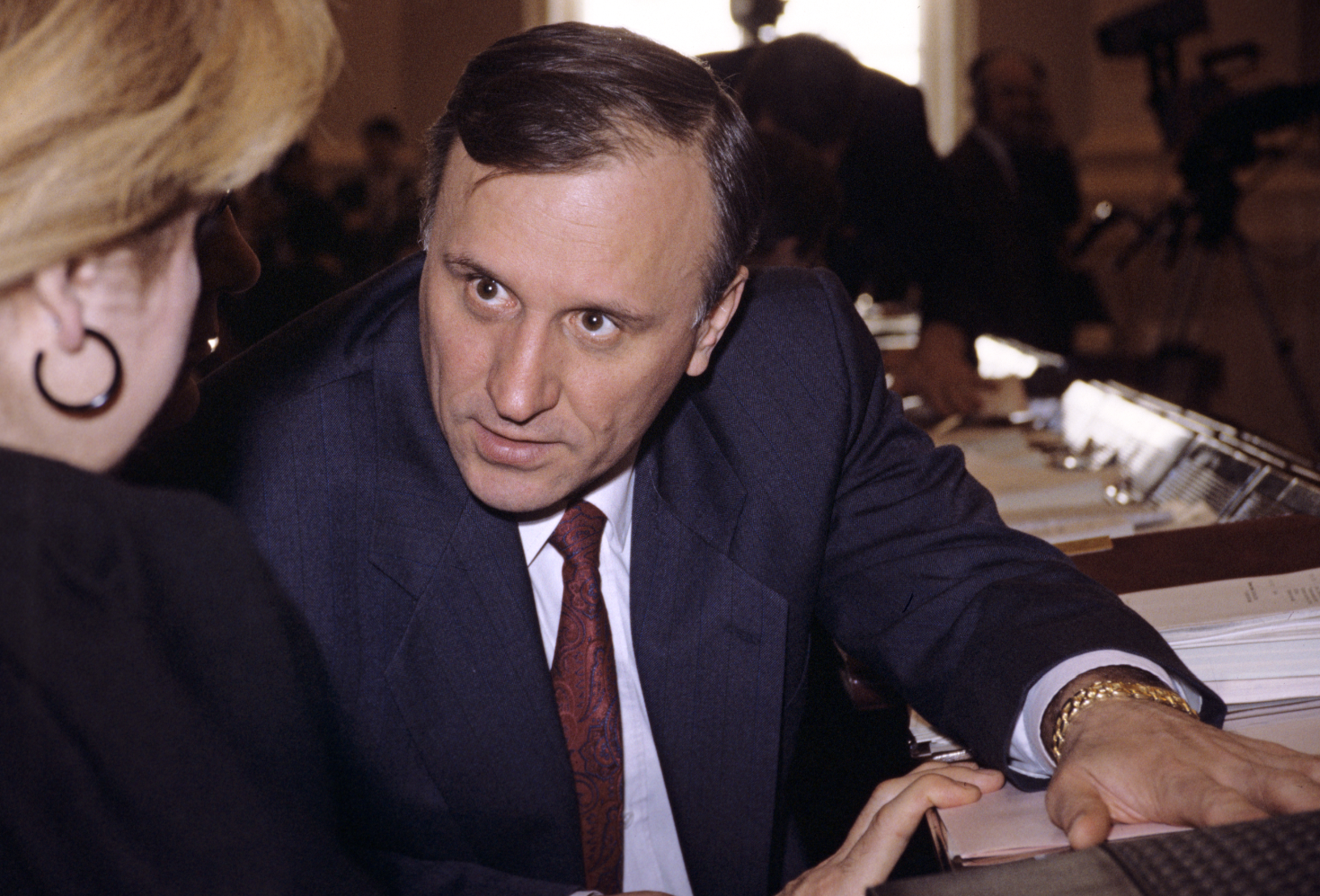 Vitaliy Saveliev/RIA Novosti
The author, a journalist who has passionately covered Russia for over two decades during the Soviet era and during the fall of the Soviet Union, celebrates his obsession with Russia of over 50 years and the over 45 years since he first arrived in Moscow, with experiences he lived through in the turbulent post-Soviet era.

The beginning of 1992 was, perhaps, the most difficult and challenging time in New Delhi's bilateral relations with Moscow. The Soviet Union had ceased to exist barely months ago. Nobody had the faintest idea where they were heading. In January 1992, Indian Foreign Secretary Mani (J.N.) Dixit, sent by then Prime Minister PV Narasimha Rao on a fact-finding mission, was not granted an audience by the new Russian Foreign Minister, Andrei Kozyrev.

Post-Communist Russia, under the leadership of President Boris Yeltsin, had adopted a westward course, often boiling down to doing exactly the opposite of what the Soviet Union had done. The bilateral 'special relationship' between Moscow and New Delhi was the first casualty of the radically changed scenario. Russia’s Deputy Foreign Minister Georgy Kunadze, then in charge of East and South Asia, told reporters that Moscow had no foes and rivals and the Kremlin would no more look at Pakistan through Indian goggles.

So, in this atmosphere of uncertainty, the most influential Kremlin official Gennady Burbulis, popularly known as 'The Grey Cardinal' among the local elite, was dispatched by President Boris Yeltsin to New Delhi in early May, 1992. His aim was to negotiate debt repayment and restore crucial supplies of tea and pharmaceuticals to the Russian market in the state of prostration after the Soviet collapse just four months ago.

Burbulis, who had just been appointed to the newly created post of Secretary of State, agreed to grant an interview to the United News of India (UNI) agency of which I was then a correspondent in Moscow. It was a unique opportunity to get at least some idea of how the new team in the Kremlin looked at India, with which it had 'special relations' under the 1971 Friendship Treaty. The Treaty was, incidentally, extended for another five years in August 1991, days before abortive anti-Gorbachev coup by hardliners.

On the eve of the Burbulis visit I was told to come to the former headquarters of the Communist Party of the Soviet Union (CPSU) at Staraya Ploshchad (Old Square), where the Kremlin staff had moved after the ouster of the Communist regime. At the central gate of the symbolic building, a policeman checked my documents and told me to wait for someone to escort me. A lady from Burbulis' office took me to the central lift. It was the same lift once used by the powerful CPSU Secretary General Leonid Brezhnev and members of the ruling Politburo.

When the lift stopped on the floor with Office-1 to the right and Office-2, I guessed that Office-1 was reserved for the Communist Party General Secretary, whenever he came out of the Kremlin. The Office-2 was, in the past, occupied by Brezhnev's long-term ideology chief, Politburo member Mikhail Suslov, 'the grey cardinal' of his times.

So it was logical that Burbulis, who occupied Suslov's spacious office, was also 'crowned' with the title of 'the grey cardinal'. I was categorically told by his press secretary that the interview would last not more than 30 minutes, as next in the row of Burbulis' appointments was the British Ambassador, Sir  Rodric Braithwaite, who was in the process of winding up his mission in Moscow.

Responding to my questions, Burbulis clearly said that new Russia's policy was not ideology driven and it saw no enemy countries. All are equal, big and small. The question of any special relations does not arise. He made clear that Moscow will sell arms to India and for that matter, any other country, only for hard cash.

The time was running out, the press secretary showed me the watch and told me to wind up. I was desperate that the most powerful member of President Boris Yeltsin's team could not say anything 'consoling' before his maiden India visit. Ignoring the warning of his press secretary, I requested Burbulis to reply to two short questions: “your favourite sport and your favourite dish?”

He said whenever he had some free time, he loved to play football. About his favourite dish, he said, 'pelmeni' (dumplings with meat filling). He asked me, whether I had tried 'pelmeni' and did I like them? I responded that I had tried them in our college canteen when I was a student at Moscow State University, and I did like them.

“You don't know the taste of real 'pelmeni'.” Burbulis, a former professor of philosophy from Yeltsin's home town Yekaterinburg in the Urals, looked at me with a predatory smile of an examiner as if I was appearing for a viva without proper preparations.

He unbuttoned his jacket, took a comfortable posture in his deep leather armchair and started to explain to me the difference between Ural and Siberian 'pelmeni'. How the dough for them is made, what types of meat, fish and berries are used as filling. When his PA came in to report that the British ambassador has arrived, Burbulis said: “Don't you see I am busy, please request him to wait.”

Nothing was going to stop him. Freshly made 'pelmeni,' he explained, have to be frozen to give full aroma and taste. In harsh winters, hunters used to carry a whole stock of frozen 'pelmeni' in their backpack as rations, make a bonfire, fill snow in the pot, melt and boil 'pelmeni' in it and you have nourishing soup with dumplings to satiate your hunger and warm your body.

All of a sudden he changed the topic and went back to my initial questions. He said yes, “India and Russia were great countries, with deep-rooted civilisational values and cultural ties. Russia and India can and should have a highly spiritually-driven relationship, which may not be in the case of relations with other countries,” Burbulis stated, adding that this has to be developed on the foundation of our traditional friendship, in a 'pragmatic' manner.

This quote of his made my day, but the British ambassador had to wait for about an hour as my tryst with a top Kremlin official after the Soviet collapse clocked more than 100 minutes.

Dreaded by allies and equally hated by the liberals and the communists, Burbulis fell from Yeltsin's favour a few months later, but before that he 'vetoed' foreign minister Andrei Kozyrev's proposal to scrap a cryogenic deal with India for development of an indigenous cryogenic engine for ISRO's geostationary space launch vehicles. Later, in the summer of 1993 under pressure from the US President Bill Clinton, at the G8 summit in Canada, President Yeltsin scrapped the technology transfer in lieu of additional ready -to- fly cryogenic engines, but that is another story.

Imperative for India to prevent mistakes of 1990s Russia