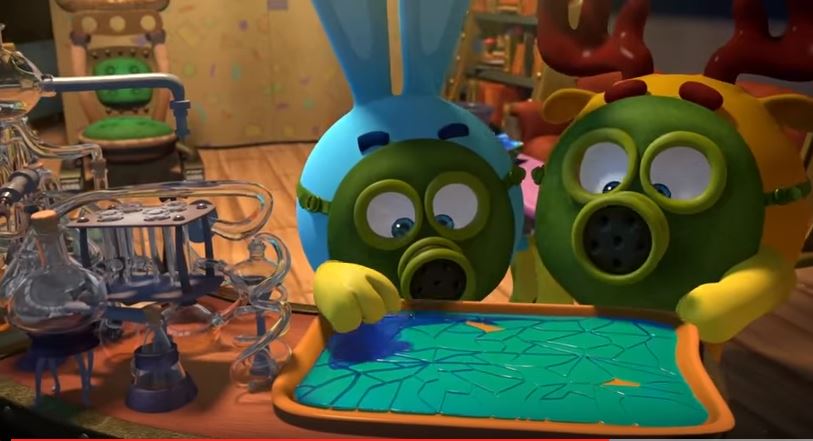 The Smeshariki cook up ‘the purest candy’ in one of their episodes.

Viewers can find what seems like a reference to the American TV series “Breaking Bad” in a new episode of the popular Russian animated series, “Smeshariki,” a children’s show about spherical creatures living in their own country. Users have combined the segment with the “Breaking Bad” soundtrack and uploaded it to YouTube.

At 3'51 into the episode “Light and Darkness” characters Krosh and Losyash work in a lab and cook something that looks quite similar to blue crystal meth, which Walter White and Jesse Pinkman, the main characters of the series “Breaking Bad” produced.

The Smeshariki state that their product has “a purity of 96 percent,” yet another possible reference to the show. The full episode is available in Russian.

The animated series is broadcast in more than 60 countries, translated into 15 languages and has a daily audience of approximately 50 million people. Broadcasting of the series began in 2004.