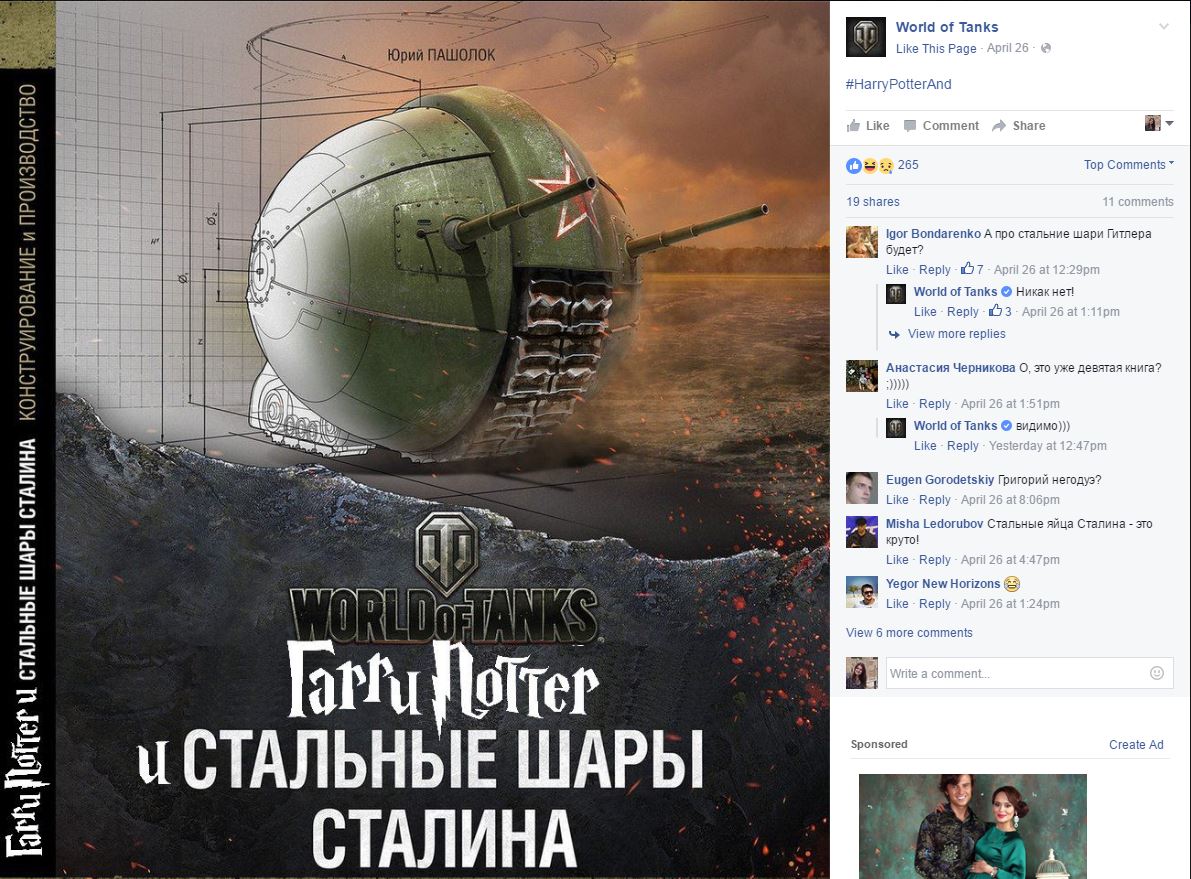 New internet trend seeps into all spheres of Russian society

A professor at Moscow's Higher School of Economics Arseny Khitrov started the #‎harrypotterand flash mob on Russian Facebook by sharing this post on April 25:

It turns out that adding Harry Potter's name to Russian research papers is a lot of fun too. Check this out:

As well as adding his name to any sort of headline:

Collages can be even funnier:

Harry Potter and the Communist International

Many companies and non-commercial organizations have joined in.

World of Tanks posted on their Russian Facebook page:

Even Greenpeace Russia got involved:

"We like reading books too (and dislike oil spills)"

More than adventures of #harrypotterand we love only the Arctic without oil spills https://t.co/vGvlZQ7cirpic.twitter.com/GwgtIRjRZw

RBTH shares the glory of Harry Potter with two amazing Siberian bears on the cover of its Croatian print issue: