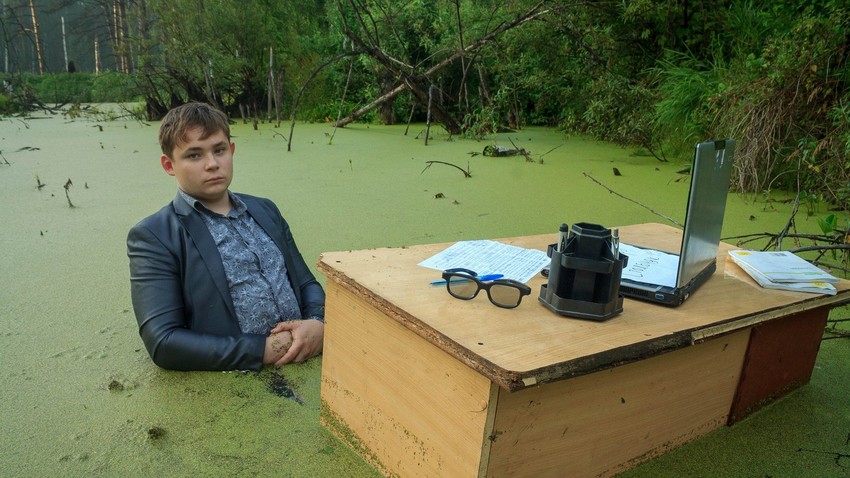 Alexei Nazarov
In order to win a competition, a 16-year-old schoolboy from Chelyabinsk organized a photo session in a suit in the middle of a swamp – only to see his pictures take the internet by storm in Russia, spawning numerous reinterpretations. 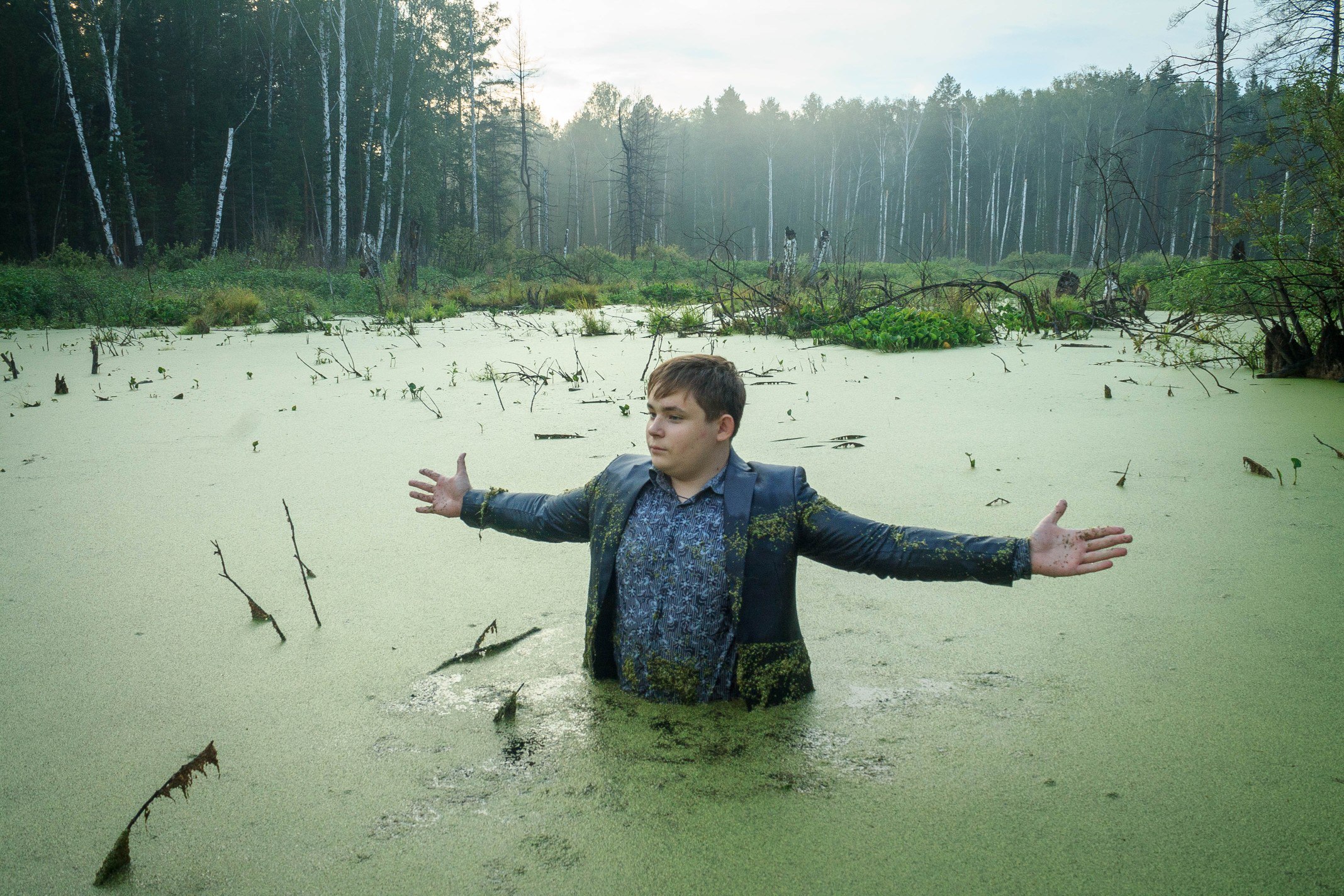 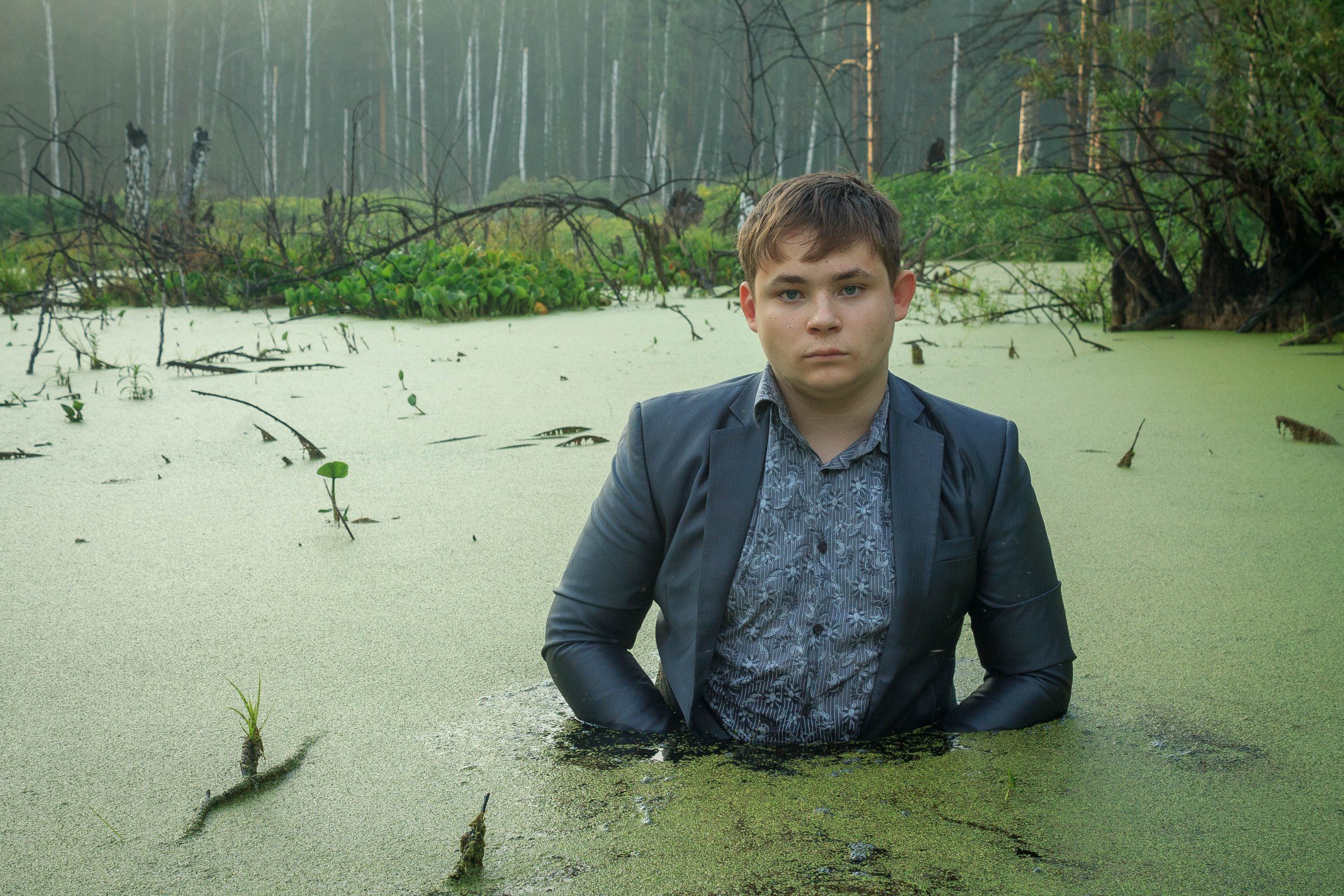 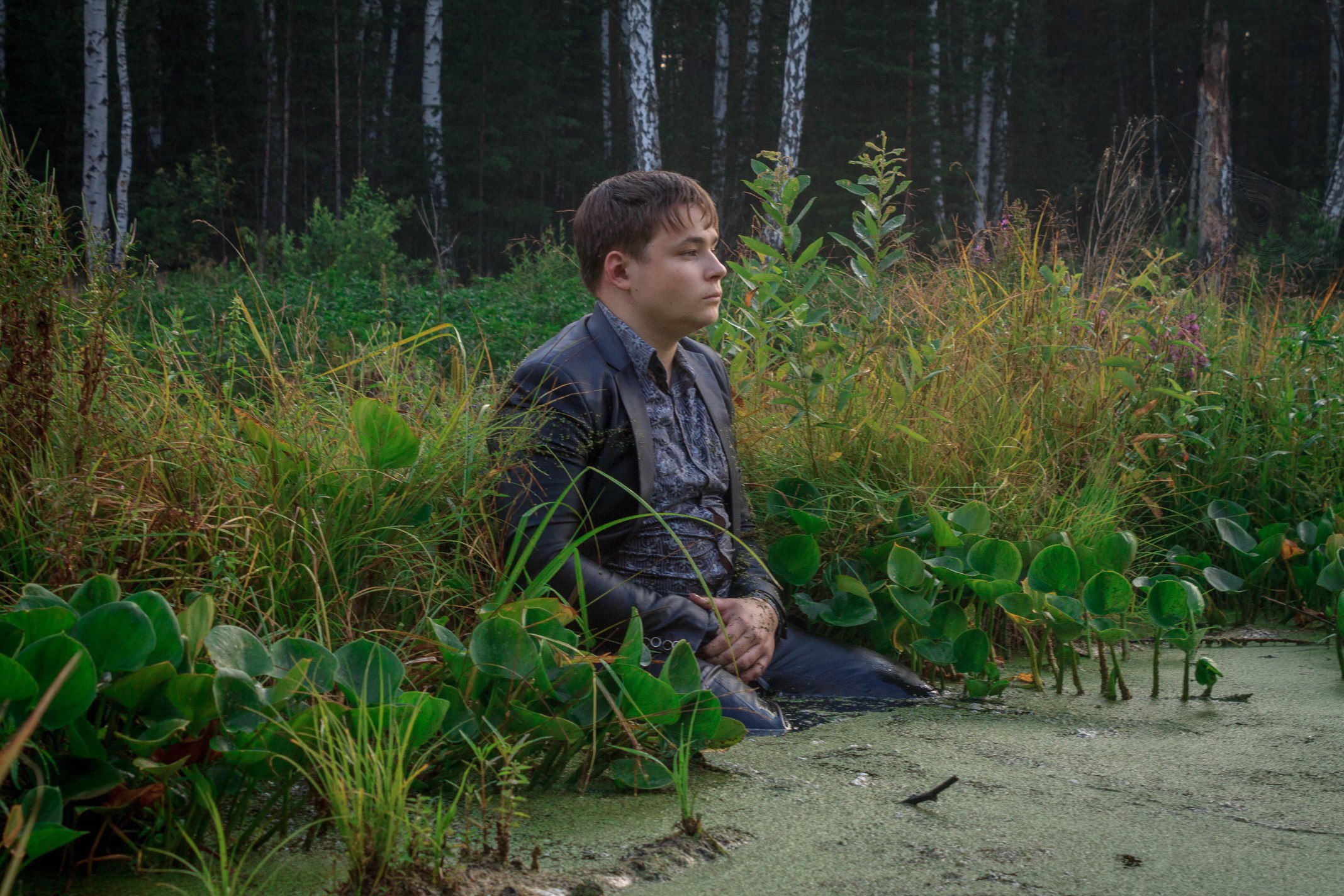 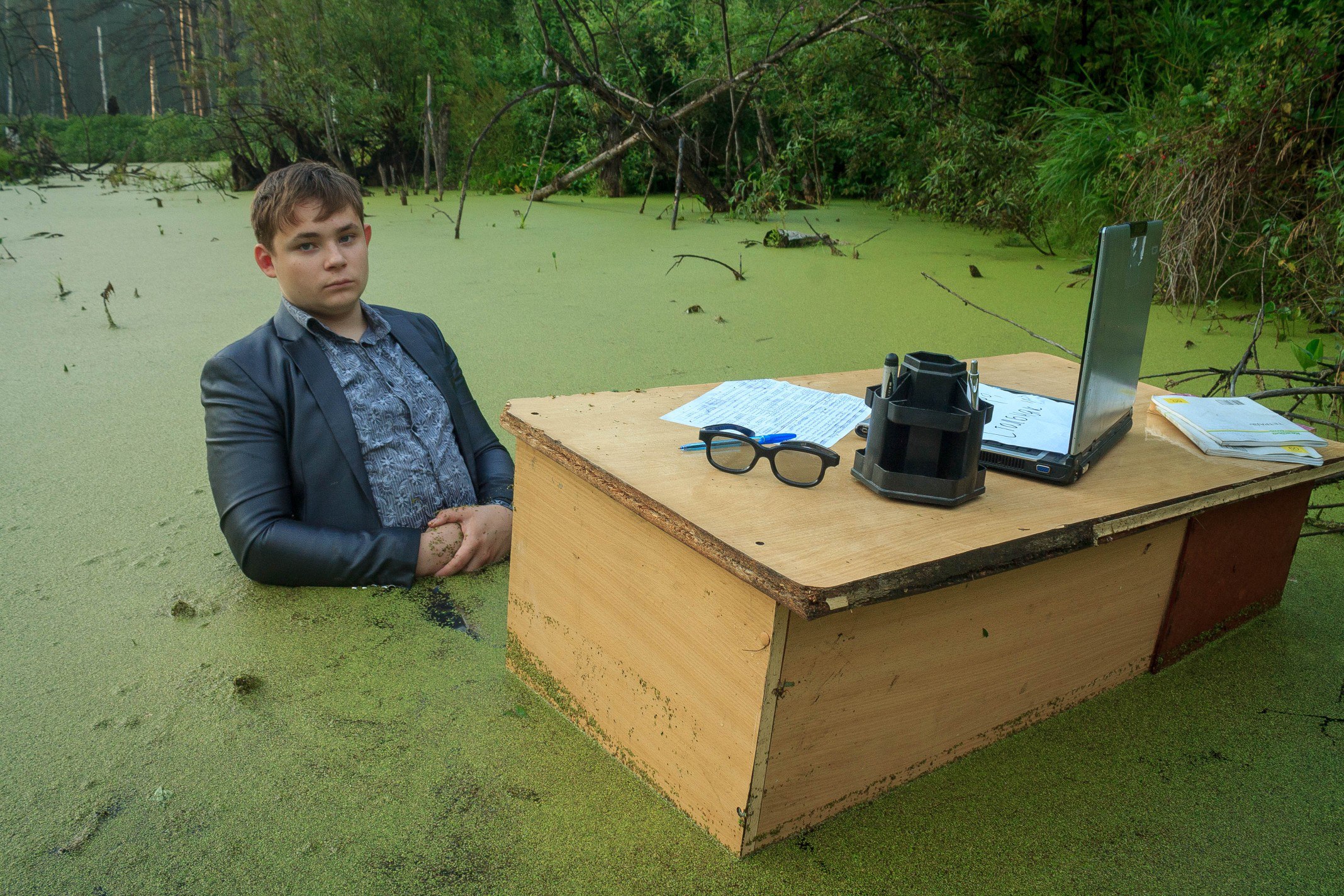 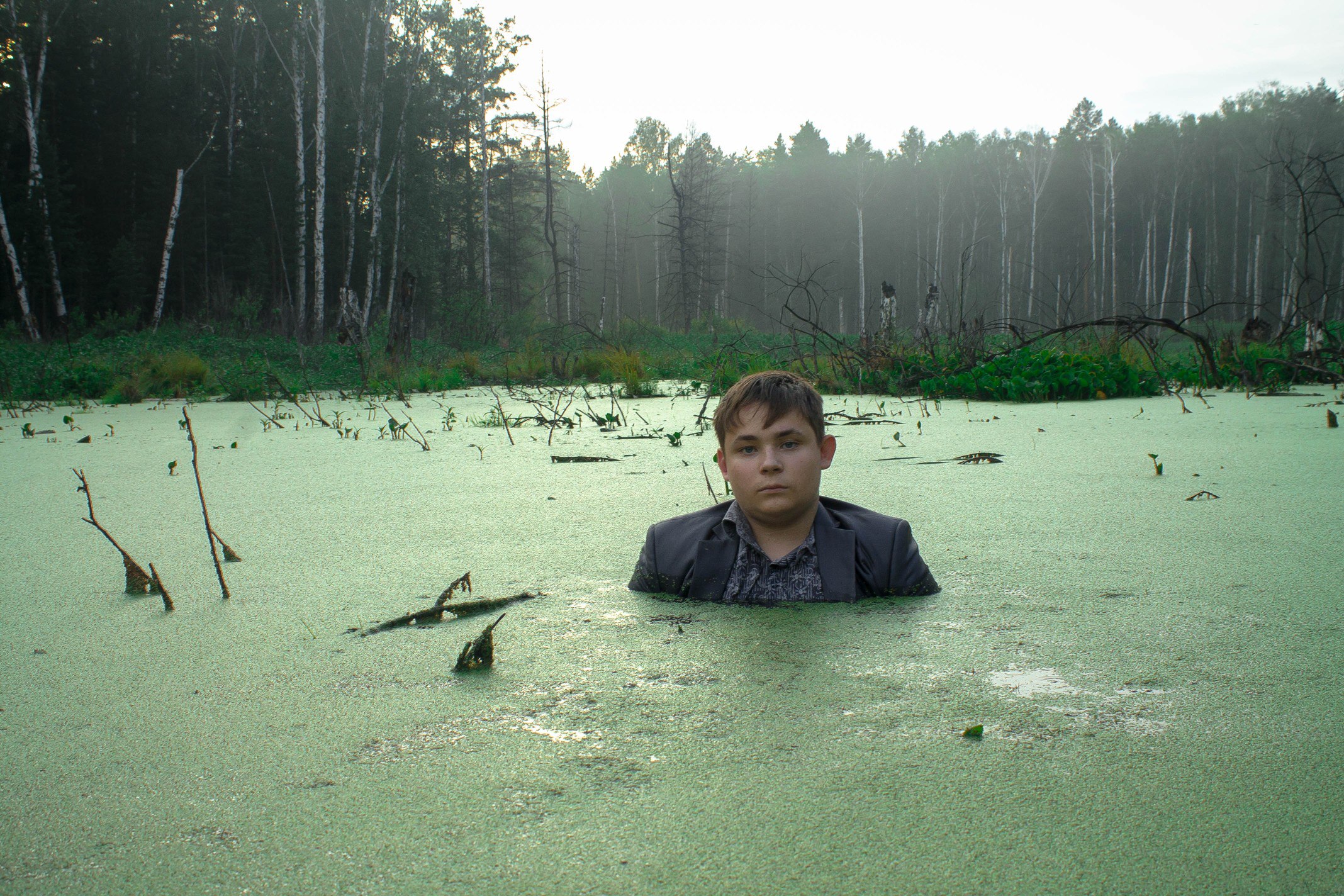 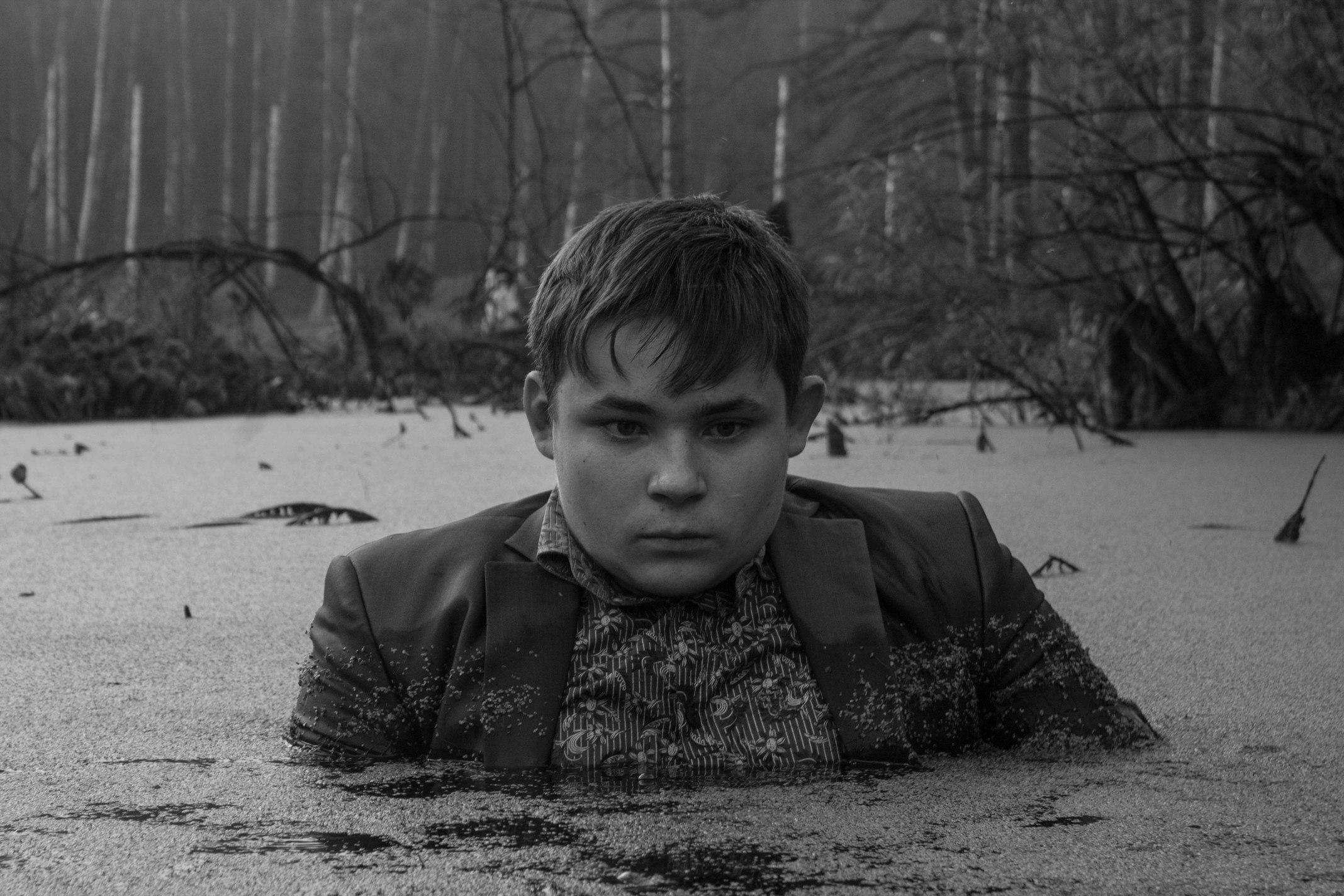 When a community on Russian social network vk.com announced that it was launching a contest to find the most unusual photo, some participants could be said to have gone a little too far in their quest to the win 15,000-ruble ($227) prize.

Many people left their comfort zone: One man sent a picture of himself wrapped in a blanket in the middle of a branch of Subway, another set himself on fire while being photographed.

But the most popular of all has been a simultaneously comical and absurd photo session by Igor Nazarov, a schoolboy from the Chelyabinsk Region (932 miles east of Moscow), who photographed himself in a formal jacket behind a desk in his “office,” half-submerged in a swamp.

In the first four days since the photos appeared dozens of media outlets have written about the “swamp schoolboy” and the photos have spawned a host of new memes.

You’ve got an office job for the first time. Expectations. Reality. 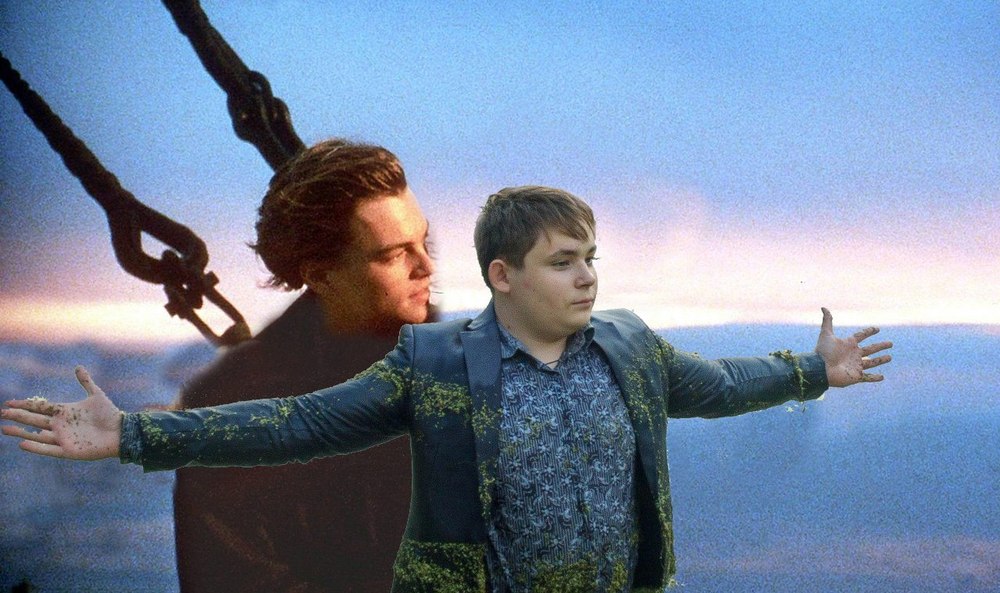 One meme depicts Nazarov as Rose from the movie Titanic. 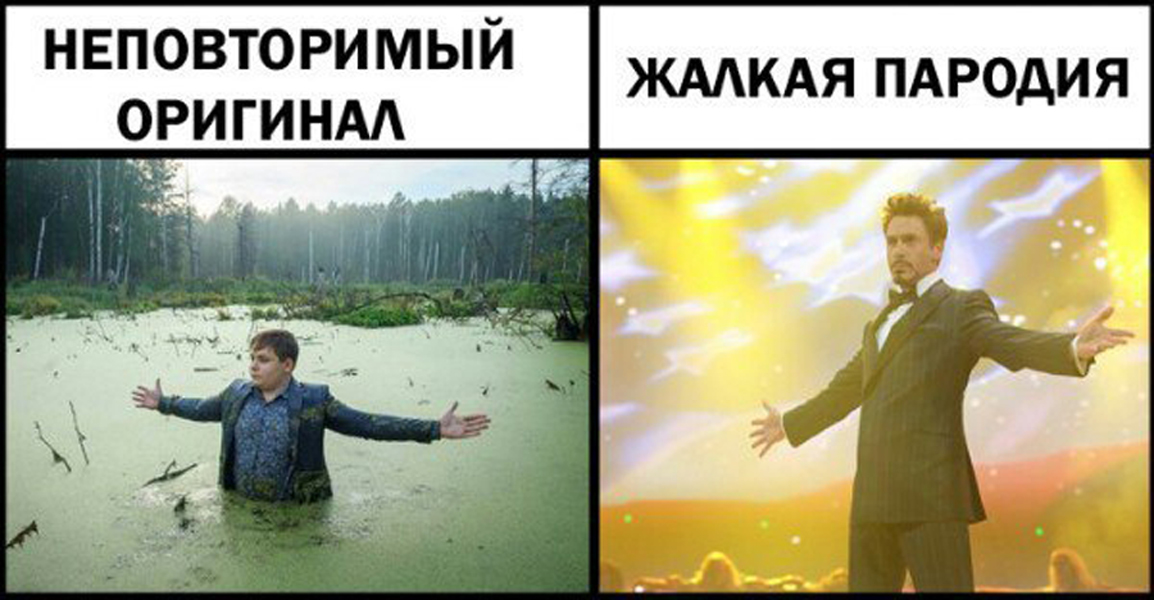 A unique original. A pathetic parody. 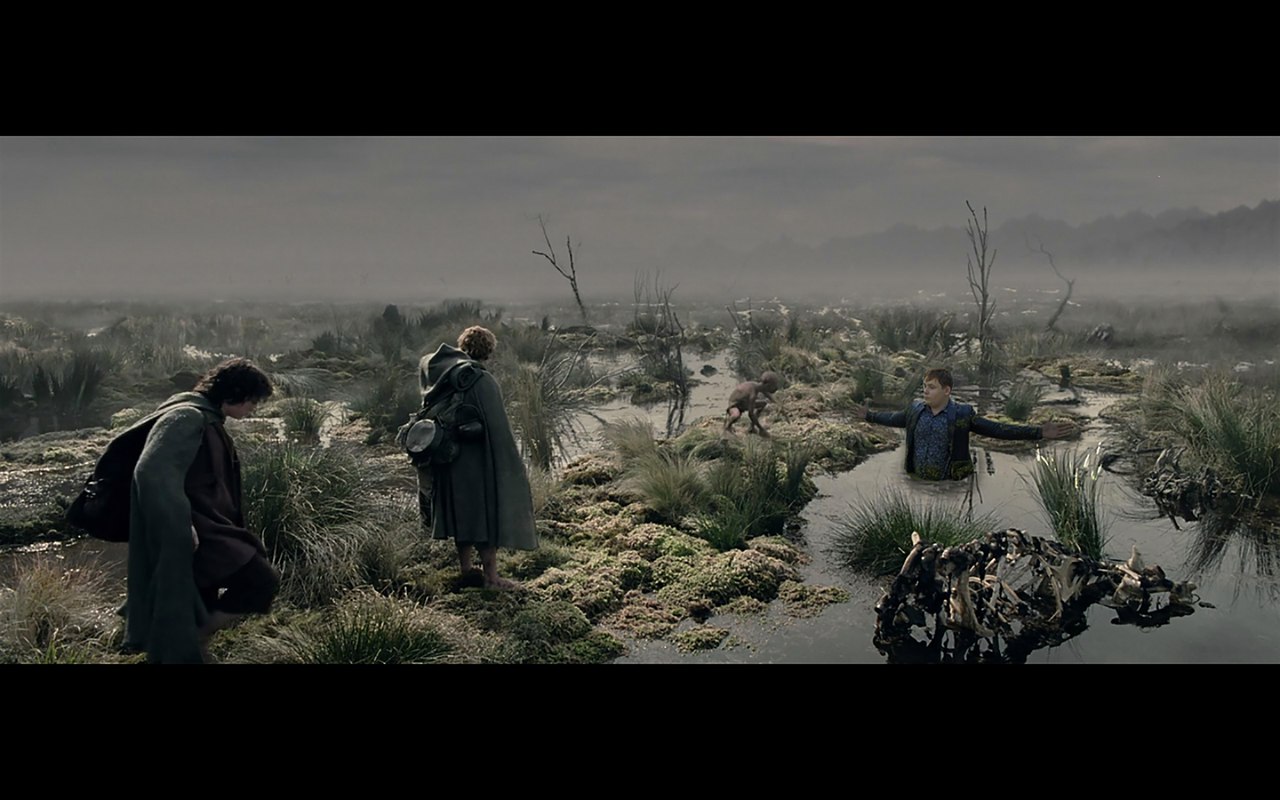 Frodo, Sam and Gollum encounter a strange creature on their way through the Dead Marshes. 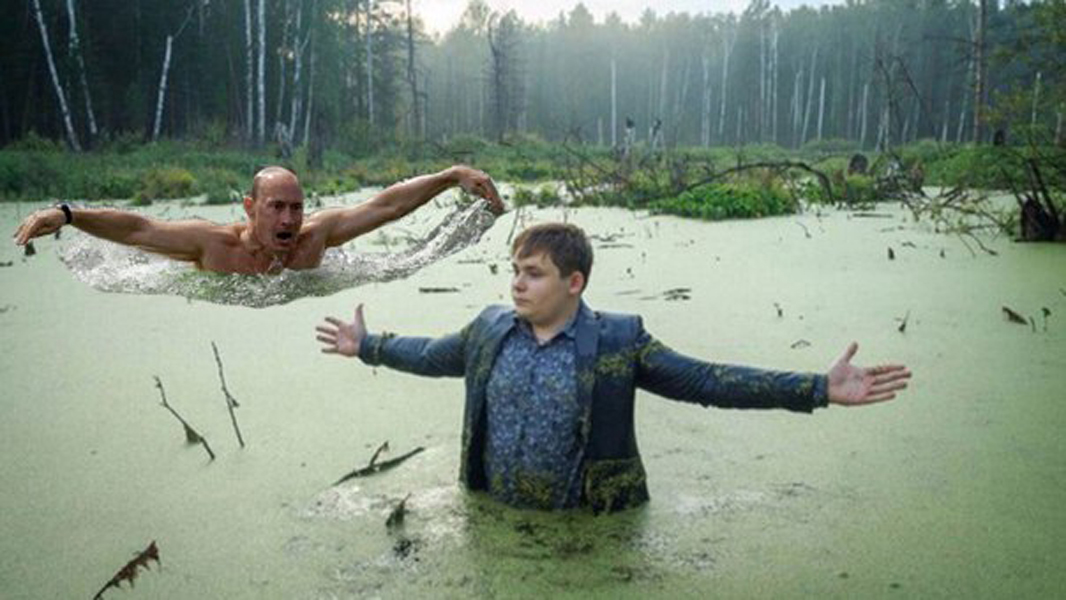 And who should be swimming through the swamp but… Vladimir Putin. 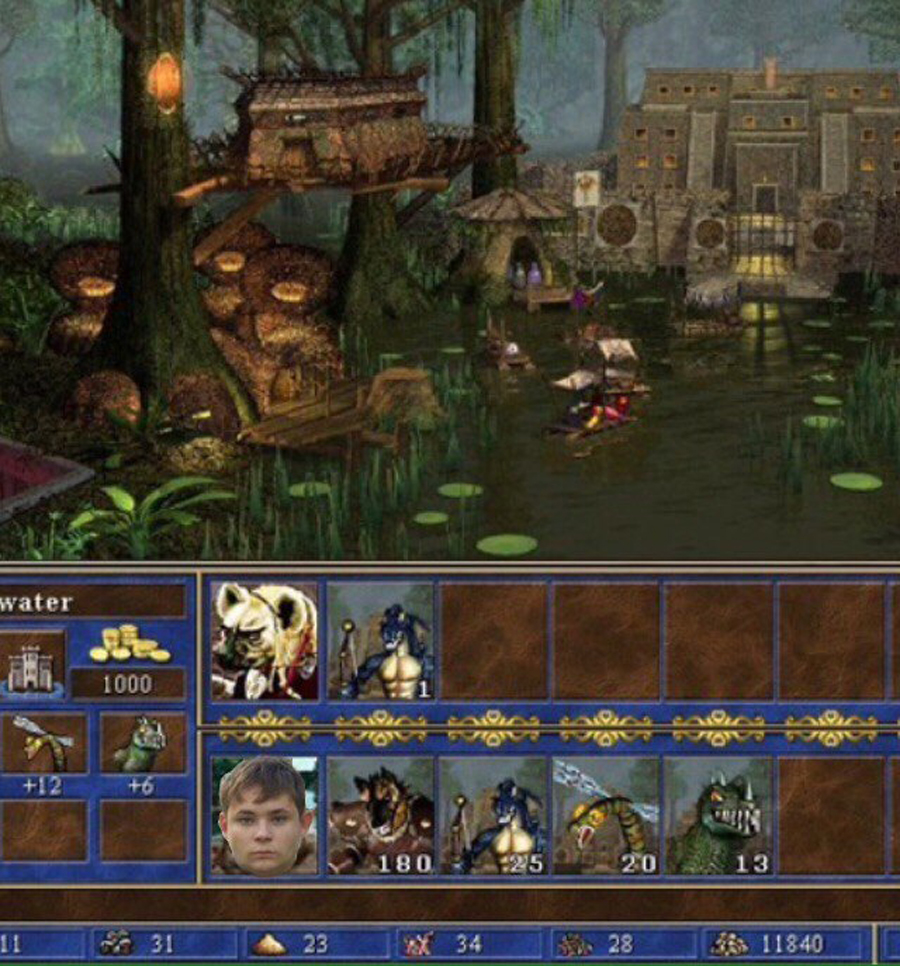 Here Nazarov has been photoshopped into a screenshot from the game Heroes of Might and Magic III as one of the race of swamp creatures. 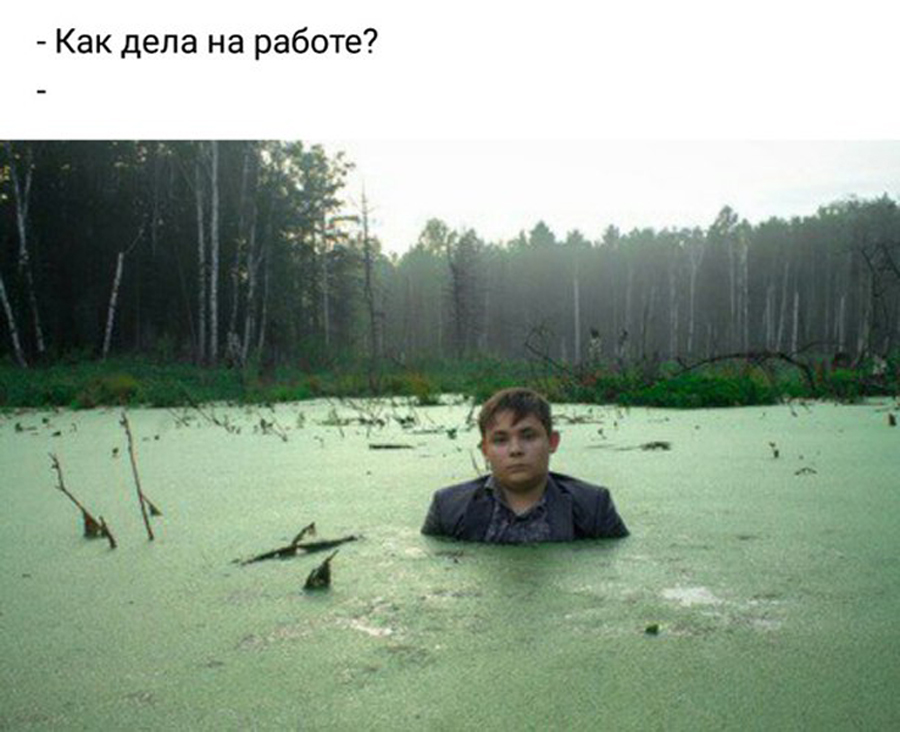 “How are things at work?”

Nazarov’s photo session is now being used on social networks as an ironic response to anything. In one community, small-scale business in Russia is illustrated with the photo of the half-submerged swamp office, while on another page a sarcastic caption announces that “this picture contains more modern art than the whole of modern art in general.”

The contest for the weirdest photo is not yet over but there are few who doubt that victory will go to Nazarov.

Russian ‘knight’ shoots drone out the sky – with a spear>>>