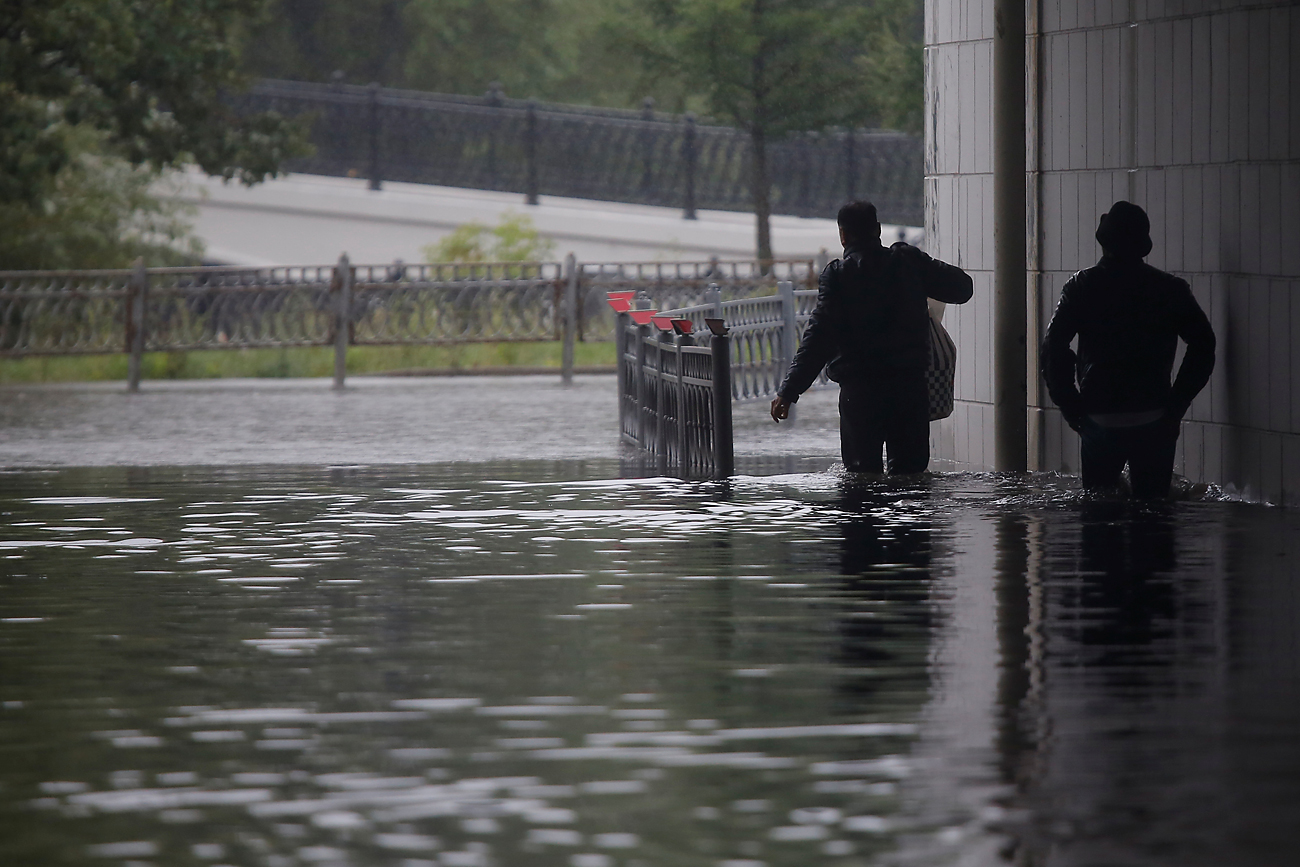 Men walk on a flooded road during heavy rains in Moscow, Russia, August 15, 2016.

Reuters
Record rainfall in the Russian capital on Aug. 15-16 saw streets around the city flooded as the waters rose. While for some residents the deluge made life difficult, for others it was the perfect excuse for an adventure.

On Aug. 15 Moscow was deluged by a downpour that lasted until noon the following day and that beat the 1887 record in terms of precipitation. This great rainfall flooded many streets in the capital.

Northeast of Moscow the Yauza River burst its banks, resulting in the evacuation of 200 people.

In the south of the capital, 80 people were evacuated from cars and a bus that found themselves trapped on a part of Kaspiyskaya Street. Another bus got stuck in a deep puddle on Academik Anokhin Street and the 50 passengers needed help from rescuers.

Moscow residents posted their photos of the extraordinary downpour on social networks.

In the south of the city, near a shopping mall, a local decided to paddle a kayak along a street:

All because it was impossible to walk along the street:

The passageway leading to the Savelovskaya metro station (northern Moscow) looked like this that day:

"Nature has no bad weather”:

"The solid sky opened and floods fell on the sinners!” (Kitai-Gorod, center):

"My husband brought a funny video of how he crossed the Yauza River alone, along the fence, and of the grandmothers who forded it."

Youths ride a wakeboard in the Pavshinskaya Poima neighbourhood in northern Moscow. In the video you can see a Hummer off-road vehicle racing along the flooded street, pulling a man on a board: