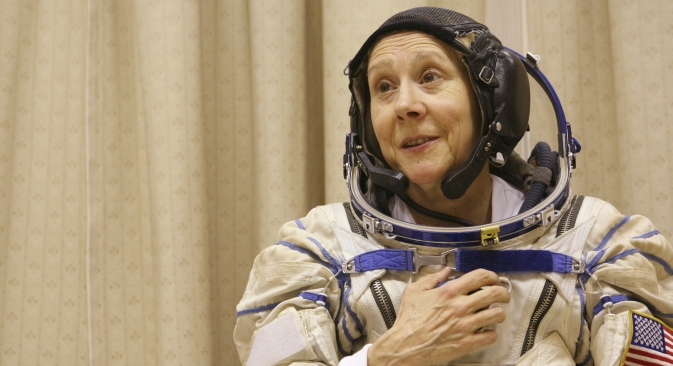 American entrepreneur and angel investor Esther Dyson urges Russia to create an environment that fosters innovation in business, and to pursue its dreams of exploring Mars.

Esther Dysonis a former journalist and Wall Street technology analyst, as well as a leading angel investor, entrepreneur, philanthropist, and business commentator. She has focused her career on breakthroughs in innovative healthcare, government transparency, digital technology, biotechnology, and space.

Dyson is on the supervisory board of Yandex, as well as the advisory board of IBS Group. In an interview with RBC magazine, Dyson discussed Russia’s improved consumer market, the role of communication in business, and why Mars should become a spare planet.

RBC: You've mentioned once that you think of Russia as your second home. Why is this? You don’t have any Russian roots...

Esther Dyson: I have a lot of friends here in Russia. Just, for some reason, I like it here. It's a place with lots of potential. I am also familiar with many of Russia’s “nedostatok” [“shortcomings”].

RBC: What were your first impressions of Russia? What surprised you the most in our business manner and business environment?

E.D.: When I came here originally in 1989 what surprised me the most was that nothing worked. Nothing! There were no feedback loops. When you go to a store in the U.S., the people like to please you, because they know that they get money from you. When you went into a store in Soviet Russia, they were like, “we don't want to pay attention to you, why should we do that!”

Because there was no reason to pay attention to the customer. So, the whole system was rusting and not working.  Right now, it is changing for consumers; they have choice and some transparency about what they are getting. But, in big business and in government, these changes are going very slow.

RBC: What positive and negative trends in the development of business culture can you allocate? You've been watching Russia all these years from the outside, but you were involved at the same time.

E.D.: In the consumer sector there are a lot of changes dictated by the needs of the market, because decisions here are made by customers who choose the best for themselves at optimal prices.

But when you go to big business, decisions here are made by other principles: like someone's brother works there, bribes, some other reason… So, in Russia, the consumer market and the Internet marketplaces are becoming effective, efficient and transparent. But still, the Russian economy as a whole is old and not very efficient – not very transparent.

RBC: And what steps should be taken to make the economy more effective?

E.D.: First of all, the government should mostly stop investing in startups – it should become a good customer. They should start demanding. Tell [companies and contractors]: “We want oil and gas equipment at good prices; we want you to become more transparent, more efficient.” In every sector you need good customers, to make companies change for the best.

If government and big business want to be useful, they should be good consumers, and maybe big business should open their training schools to students from small business, for money. Create an educational system that focuses on making people effective workers. Yes, I would like them to read Dostoyevsky and play the piano, but to be productive people in society they need to understand percentages and calculations, communicating clearly and being organized.

RBC: In your opinion, how has the picture of the Russian entrepreneur changed since 1999?

E.D.: They are much more experienced. In 1999, nobody had any experience in business, except for taxi drivers and restaurant managers and black-market people. They have become more sophisticated about the world. Most of them now have traveled.  Some of them who were educated outside of Russia have come back. But the question is not just being an entrepreneur…

The big challenge is not finding entrepreneurs – there are a lot of entrepreneurs. Many people give me their business plans and want to be entrepreneurs, but they can’t hire a team: because anyone who is smart and has communication skills is an entrepreneur with his own company. So, you have too many startups but not enough team members to create successful ones.

RBC: Which skills are lacking [in Russian entrepreneurs], exactly?

E.D.: Often they don’t know how to communicate, they mumble – nobody teaches them how to speak clearly, to communicate in business. Some people figure it out by themselves… But most of them should be taught by good teachers, and there are few such teachers with excellent communication skills in Russia. So, it’s a rather hard task.

RBC: Is it about project-thinking?

E.D.: It’s about approach: this is what we need to achieve, and this is how we do so,” as opposed to, “we actually don’t know what we are doing, but we’ll do something.” The focus should not be on doing, but on getting to the result.  Many times I see many people doing lots of different things, but nobody knows the whole picture or how their part will contribute, and nobody knows what’s going on…

RBC: Who should teach this?

E.D.: That’s the point. People who do it the best in my world are companies such as Hewlett-Packard, IBM, Cisco, and Microsoft, who make trainings for their partners. People who work for these Western companies pass on this kind of training, and at least some of their employees get these habits. It’s not intellectual:  it’s about habits of planning, communication, and thinking.

RBC: You often say that there are very few effective managers in Russia. Can you name them?

E.D.: Yeah, you can just look at successful companies: David Yang, ABBY, the team at Yandex… Also Sergey Kravchenko, who made a strong unit of Boeing in Russia. Often successful managers appear not just as individuals: they build teams to reach their goals.

RBC: What are the most annoying habits of Russian managers and entrepreneurs?

E.D.: Not planning, not thinking logically about setting and achieving goals.

Governments should invest in space

RBC: What should the government invest in? The Internet appeared thanks to ARPA [a U.S. Department of Defense intelligence research agency]...

E.D.: Government should invest in research, not in development. Yes, the U.S. government invested in ARPA-net, which has become the Internet, but it didn’t start Internet businesses. The same thing happens with space now. NASA has become a crippled bureaucratic organization for a lot of reasons, but government is not selling the Johnson Space Center to some businessman.

Work for the future of space exploration begins now

They are saying: “Build your own! Build your own rockets! Then rent the launching stage from us. Meanwhile, we will buy launch services from you.” They only encourage business by saying: “Go ahead! Do it! The market is open!”

RBC: You’ve predicted the burst of the dot-com bubble and the mobile market boom. What’s next?

E.D.: Obviously, the 3D-printing market (which is a very interesting one) will be growing.  And space is becoming a real market in which Russia has good capabilities.

RBC: What about social networks? Are they a bubble?

E.D.: Facebook is real, I think. But there are 20 different companies for sharing videos and music in real time. They make useless things. I suppose that we should pay more attention to logistics, healthcare.

RBC: In which spheres do you suggest investing?

RBC: How do you see the space industry developing?

E.D.: Well, there are tourists, satellites, asteroid mining, and trips to the Moon. Now governments should invest in Mars.

E.D.: Because we need “zapasnaya planeta” [“a spare planet”]. Besides, we need to develop synthetic biology to make the atmosphere of Mars suitable for people.

The answer is not to build little domes to keep us safe, but to change the atmosphere of Mars by growing plants that will transform it – just as trees and animals and other life forms do on Earth. There are talks about creating kinds of microbes which will eat the earth on Mars and transform it to air or water.

E.D.: Well, you are asking me what can happen. I’m telling you: this could happen!  Not today, but for our children.

RBC: And what about the IT industry? What changes await us there?

E.D.: There will be lots of news. Everything will be faster… But the problem will be to filter all this information. To find the information you need will become the most complicated task.

But I hope this interview will help our readers discover a few interesting ideas!

The interview was first published in Russian in the RBC magazine.