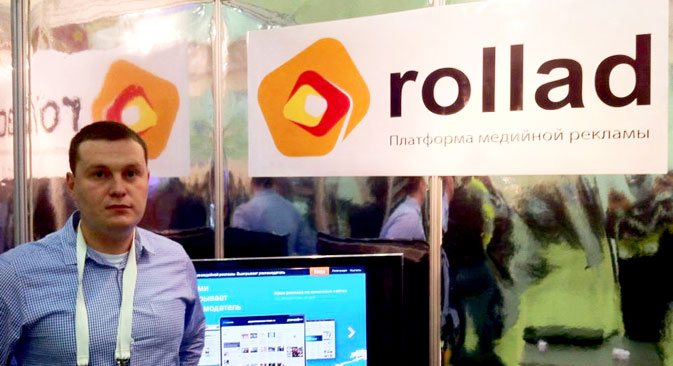 The CPM principle to be replaced by a system that sets a price per ad impression per user. This system is called real-time bidding (RTB). Source: Rollad.

There is a popular belief that individual personality has lost all importance in the modern world: individual opinions do not matter anymore in comparison with the attitudes of large social groups. Still, an industry exists in which each person is accounted for and in which there is money to be paid for information about each individual customer — that industry is online advertising.

Gone are the days when it sufficed to figure out the target audience, determine the number of desired viewings, pay an ad network for placement, and sit back and watch the popularity of the brand grow. Such a mechanism was possible when the Internet was in its infancy. Since then, a huge number of ad networks have sprung up, and it is hard to sort them all out.

Advertising technology has shifted its focus from embracing as many consumers as possible to catering to the specific needs of individual customers. Many small transactions have replaced a single large one.

The CPM principle, whereby advertisers pay per thousand impressions — some of which are “blind” (i.e., not really viewed by anyone) — is becoming a thing of the past, to be replaced by a system that sets a price per ad impression per user. This system is called real-time bidding (RTB).

RTB is a relatively new but rapidly growing mechanism. The size of the RTB-traded ad market had reached $1.26 billion by the end of 2011 and is expected to increase to $6.5 billion by 2015. The share of RTB-traded ads should grow to 26 percent of the total, from its current 8 percent.

The Russian market could contribute to this growth, if the growth of Rollad (a startup founded last spring) is any indication. Rollad has signed contracts with 40 ad agencies, run nearly 120 ad campaigns, and is working with 300 ad media outlets. It has also raised $800,000 in seed capital.

Rollad’s development director, Sergei Kedrov, had this to say about the company’s performance: “We planned to reach around 10 million paid viewings per day, and we achieved that. We are planning a considerable qualitative market expansion for next year, when I believe we will approach 100 million. These are our plans and we intend to implement them.”

Nor is this impossible: the RTB system allows the share of income to be increased to 55 percent for ad media and to 30 percent for agencies. This is because the bidding arrangement increases the price of each lot, as demand grows. This helps create a balanced mechanism for interaction between a company willing to sell ad space and a company willing to buy it. Like any other DSP (demand side platform), Rollad plays the role of a trading venue — an RTB auction house that helps each client choose the position they want.

The system does have its weaknesses, though. Ivan Khmelevsky, CEO of the RealWeb Moscow online agency, says that big brands are not very familiar with and do not quite understand the RTB system. “Accustomed as they are to buying GRP TV ads, to media plans, to audience coverage and frequency forecasting, they don’t quite understand how to deal with RTB.

It’s a new system for them, since it doesn’t involve media plans: how to forecast how many users would be covered during what period? Unfortunately, major brands are not that flexible on this,” said Khmelevsky.

Yet there are grounds on which to believe this kind of attitude toward RTB is transient. RTB has a key advantage over all its rivals: the ability to sell ads geared toward specific users. This does not, of course, mean a real person with an identity, but a cookie identifier on the user’s computer that logs the websites visited or, ideally, online purchases made. Suppose a user looks up the price of a specific brand of shoes with the help of a search engine.

Now, whenever that user visits an RTB-enabled website, he or she will be shown an ad for this particular brand, or for another brand previously searched, depending on which firm won the auction where each of the website visits represented a lot. Thus, trading happens in real time and is automated. Naturally, this targeting methodology vastly increases the chances of ads reaching their intended recipients.

Rollad has certain advantages over its rivals, too. The platform has implemented the Private Marketplaces model: venues that advertisers know and understand set spaces and minimal rates and show obligations for sale, while agencies have an opportunity to buy any volume they need. Moreover, Rollad implements the “open auction” mechanism, which allows for highly precise forecasting of available ad impressions at any given rate. All of these features differentiate Rollad from other DSPs.

That being said, startups such as Rollad still prefer working with agencies, rather than directly with advertisers. “Agencies handle the bulk of ad budgets here. Advertisers in America or Europe may be qualified enough to have dedicated marketing departments and not to outsource. Here, agencies still handle a lot of the work, mostly because, while advertisers can describe what they want, it is technically challenging for them to implement it.

This requires skill, the ability to work with certain platforms, knowledge of those platforms and of the specifics. So far, people with such skills are concentrated in agencies; they are not so numerous as to be available to every advertiser,” said Kedrov.

This and other strategies used by Rollad have been successful so far: at the beginning of December 2012, the company made it into the top 10 on the list of the best Russian startups represented at the TechCrunch 2012 conference. The company entertains plans to raise another $3 million in investment over the next two years, mostly for its DSP capacity expansion.