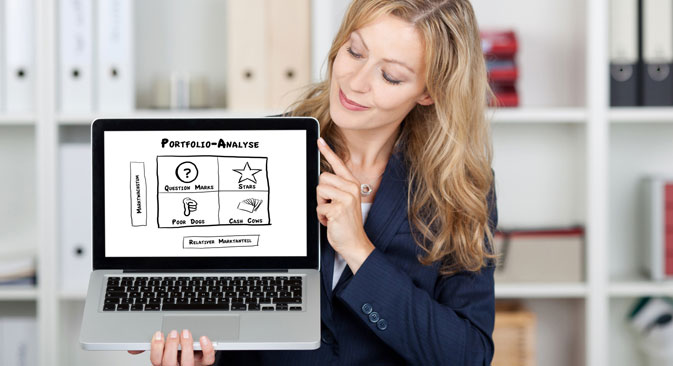 Infographics are a great tool for communicating difficult information in an easy-to-understand format. Source: PhotoXPress

Founders of the Talent Map start-up believe that a visual CV would make it easier to read information about the applicant’s level of experience and see how his or her career is developing.

The Talent Map service offers to use a visual CV for  Russian job applicants. Some recruiters love the idea, while others remain unconvinced.

“Infographics are a great tool for communicating difficult information in an easy-to-understand format,” says Anton Nadei, founder of the Talent Map service. “A visual CV makes it easier to read the information about the applicant’s level of experience and see how his or her career is developing.”

Nadei was among the first to offer a visual CV to Russian job applicants; the prototype of his website first appeared in 2009 and was called NOT4HR. It was a system for managing responses to job vacancies: it allowed the applicant’s work experience to be matched against the vacancy’s needs automatically.

“One of the trickiest problems to solve was the complexity of forms used for CVs,” Nadei says. In 2010, he decided to create a separate interface for applicants, calling it KartaTalanta.ru. The site went live in June 2012.

Nadei believes the graphic format is particularly suitable for displaying the career history of applicants that have had long and varied careers.

“Our ideal user is an established professional who has 10–15 years of accumulated work history, has changed his workplace around three to five times, and has reached the point where they are putting a CV together to apply for a managerial or general director position,” Nadei says. “It’s also valuable to have a visual representation of a seasoned professional’s career — someone who has served for 20–30 years in different industries.”

Yevgeny Lysyakov, head of the staff outsourcing department at Intercomp, believes that the appearance of visual CVs means progress. “If we think back to the times when applicants filled out simple application forms where they had to list their close relatives and all the positions they had held — even if there was not really a job description for it — then this is progress for sure,” he says.

“The principle element of a visual CV is a diagram of career growth,” says Nadei. “It’s like a timeline on which graphic blocks are marked. Each block represents one event or another, which combine to form the person’s career — education and work histories, and so on.”

Anton Nadei, founder of the Talent Map service: The principle element of a visual CV is a diagram of career growth. It’s like a timeline on which graphic blocks are marked.

“Instead of just a write-up of their professional experience, it could be worthwhile to visualize quantitative indicators — the pace of turnover of projects, their geography, the number of staff supervised,” says Alexander Shumovich, a partner at Eventum Premo.

In opposition to Nadei, some experts suggest that a visual CV could actually play into the hands of a candidate with little experience.

“HR managers primarily spend their time not on the initial overview of CVs, but on confirming the information they contain,” Alexander Sizintsev, CEO of Biletix online service, says. “A text-based CV places the emphasis on the applicant’s career history, and that means it will look considerably better for experienced professionals than for beginners,” says Sizintsev. “This can be offset by a graphic CV.”

“It’s entirely possible that personnel managers might use this kind of tool as a way of getting a quick overview of candidates, but this also increases the chance of making a mistake,” Shumovich says. “If some key profiles fail to match, HR managers won’t read the CV carefully. Actually, the opposite situation could arise; if an applicant’s job history is presented clearly and understandably, then the recruiter might see what he could otherwise have missed.”

Even so, the majority of HR managers view the new innovations skeptically. “I’ve been in this business for 10 years, and I’ve seen maybe a dozen visual CVs,” says Natalya Chissler, HR manager for the IT company JetBrains. “It’s a format that might be great for people like marketing or sales managers, and maybe for designers. But even for people in the creative sphere, a visual CV is never going to replace a portfolio.”

When it comes to programmers, they would definitely be better off not using graphic CVs, as Chissler says: “These are specialists whose CVs need to detail the specific projects they’ve worked on, and how up to date they are with the latest technology. Visual CVs would be crazy in these cases.”

Lawyers and financial experts should also avoid visual CVs, according to Dmitry Bunkov, the HR director at Boehringer Ingelheim pharmaceuticals. “A graphic presentation of information about yourself is a tell-tale sign of a tendency towards experimentation, whereas applicants for positions in these fields are expected to display predictability and reliability,” says Bunkov.

“Sure, this kind of stuff has been around a long time, but it’s never amounted to anything more than an indulgence, or an outlet for the creative fumblings of inexperienced designers,” says the HeadHunter Board of Directors chairman, Yuri Virovets. In his opinion, graphic CVs are a useless tool for recruiters.

“A Visual CV is something you can show to your mates or your mom, or use to cheer yourself up — but don’t send it to potential employers,” says Virovets. “Any recruiter who is looking to hire staff is wading through anything from dozens to hundreds of CVs every day. What you need for that process is a simple and clearly structured career profile. Send a picture and you fall off the radar.”

Valeria Chernetsova, head of analysis at SuperJob, agrees. “Recruiters don’t read the details contained in CVs; they zero in on the key things only,” she says. “If the recruiter is asked to look at pictures, diagrams and charts, or any other kind of graphics stuff, it takes up a lot more time than sifting through a classical CV.”

In Chernetsova’s opinion, this kind of format only has value in making comparisons between the efficiency of heads of different branches of the same company: “In that situation, the graphic format helps in comparing one person with another, and to assess the actual input each has made.”