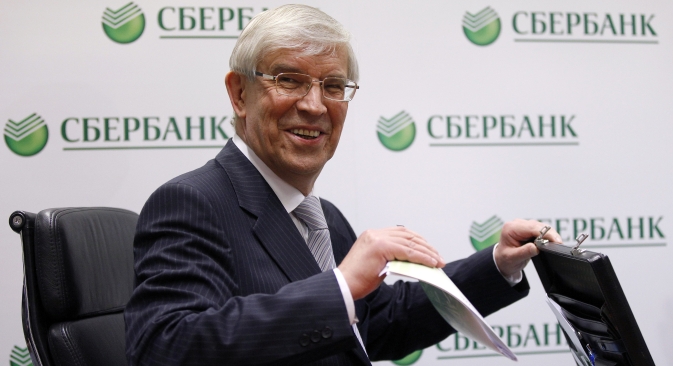 Some $350 billion has fled Russia since the 2008 global crisis. But things aren’t as bad as they seem.

Genuine capital flight is only half the official figure, according to a new study by Ernst & Young, together with the Russian Direct Investment Fund and Moscow State University’s Intelligent Reserve Center. Instead of $80 billion leaving Russia in 2011, the report says, when various accounting quirks, offshore M&A deals and errors and omissions are taken into account, the real outflow was $40 billion.

The backstory of Russia’s capital flight comes from the notorious 1990s, when businessmen simply grabbed as much cash as they could and whisked it away to an offshore haven. Hundreds of billions of dollars fled Russia, but began to return during the boom years of the 2000s, when entrepreneurs realised they could make handsome profits from domestic investments.

Last year the outflows slowed again, to $57 billion, according to Central Bank estimates. Most experts see outflows falling slightly again in 2013, to about $50 billion.

Capital flight now is also very different from in the 1990s.

“You have to remember that, in proportion, the current capital flight is a much smaller proportion to the size of the economy than in the 1990s,” says Ivan Tchakarov, chief economist at Moscow investment bank Renaissance Capital.

Russia’s GDP had grown to just under $2 trillion last year - around twentyfold since the 1990s - while capital flight has stayed approximately the same.

Not all the capital leaving is actually Russian, either. In 2011 the biggest outflows came from Russian subsidiaries of foreign banks, making loans to their parent banks in the West, says Andrei Klepach, a deputy economic development minister. A legal quirk means that foreign banks can’t set up branches in Russia, but have to incorporate local subsidiaries. The same problem in 2008 led the Central Bank to warn foreign banks to curb this kind of lending.

Another big source of capital flight is the profits of Russian overseas holdings that are reinvested into that foreign holding, or Russian companies paying off foreign loans. These profits are made abroad and reinvested abroad, but because the parent company is Russian an accounting peculiarity counts this money as capital flight.

Analysts have been arguing for years that Russian companies making money overseas and growing their businesses there should be viewed as a positive, like with corporates paying off foreign debts. Analysts estimate another $20 billion of capital flight is actually reinvested foreign earnings.

Even when the accounting quirks and other distortions are taken into account, however, $40 billion in outflows is still a lot of money, and it is mostly leaving because of the poor investment climate, corruption and uncertainty over Russia’s future.

Central Bank chairman Sergei Ignatiev said in January there are twin factors driving capital outflows from Russia: aggravation of the Eurozone crisis and the poor investment climate at home.

Alexei Devyatov, an economist with Moscow investment bank Uralsib, estimates that a one percentage point decrease in the Eurozone composite industrial production index leads to an extra $300 million to $500 million of capital outflows from Russia.

Another big change is that higher oil prices lead to bigger outflows, while in the past more petrodollars meant more economic growth. “Expensive oil is no longer viewed as a growth catalyst,” says Mr. Devyatov. “Given the economic weakness in Europe and slow progress with institutional reforms in Russia, we expect capital flight to persist over the next several years.”

“Russia’s capital outflow situation is comparable to that of the many export-oriented economies, such as Kuwait, Norway and Japan,” he says.