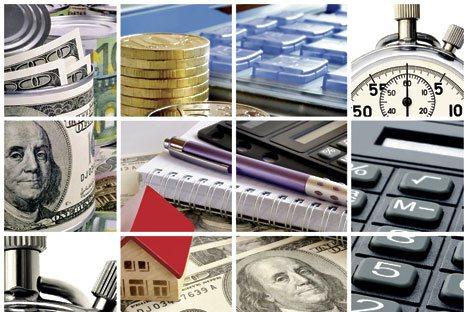 Russian entrepreneurs are learning about mezzanine deals as a way of avoiding being swallowed by the big fish.

Want to raise finance for your company, but don’t want to give up control to a bigger fish? That’s the dilemma many Russian entrepreneurs have been facing, particularly since the 2008 crisis, but now there could be a way out that doesn’t involve ending up as shark bait: mezzanine financing is here.

“Mezzanine finance has taken off in Russia, but there are still very few people offering sophisticated finance products,” says Andrei Yashunsky, managing partner of Moscow-based Hi Capital, a firm specializing in such deals. “We raised half a billion dollars each year for the last two years for 11 deals.”

A niche has opened up in Russia for mezzanine financing, a structured product halfway between using a company’s equity to raise money and taking out a loan, as most Russian banks are not yet geared up for these kinds of deals.

“Russian banks don’t know how to do it and the firms need to be educated as to how mezzanine finance works,”  Mr. Yashunsky says. “The first two hours of any meeting I have with a target company is usually just explaining what we are offering.”

So far, just a dozen mezzanine deals have been struck in Russia – mostly with second-tier companies looking to grow their business, buy a rival firm or buy out a partner.

Russia’s banks have been unwilling to lend to anyone but blue chips since the 2008 crisis, and often set exorbitant collateral demands. 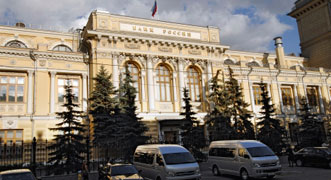 “We did one deal to finance a banking acquisition as the client had raised a loan from one of the big state-owned banks, but it was demanding a controlling stake in the target in exchange,” Mr. Abolmasov says. “Our deal allowed the acquisition to happen and, once it was completed, the client could easily refinance the debt from a bank at a better rate.”

The size of the equity kicker is a big attraction. With mezzanine deals the owner can use a smaller equity stake to raise additional capital, without risking loss of control. But mezzanine deals come at a high price. In the West one will return as much as 25 percent for the organizer, but in Russia the returns on the debt part are usually 30-40 percent. Selling back the equity kicker to shareholders or ultimate beneficial owners can return 40-50 percent.

There’s another difference with Russian deals: in the West, the lender will often hang on to the equity kicker for several years, waiting to cash out with an IPO; in Russia the IPO deal flow is down to almost zero. So mezzanine lenders have been signing options with the target firm’s shareholders to unload the kicker anywhere from a couple of years to a few hours.

With demand for mezzanine deals rising, other Russian banks are getting interested in developing them. Hi Capital’s Mr. Yashunsky says the deals he has done since starting two years ago are worth $1 billion in total, often financed by Russian banks and tycoons.

While mezzanine finance is normally viewed as a way to round out a borrowing portfolio, in Russia it has become more mainstream, used by companies cut off from other forms of borrowing as their main source to fund expansion.

“It’s a bit confusing to call this mezzanine finance, as there are several subtle differences to those deals in the West,” says Mr. Abolmasov. “It’s better to think of this as structured subordinated financing, but this may change over time.”

One of Hi Capital’s deals last year was for A5, a Russian pharmacy that wanted to buy Mospharm that the government was privatizing. A fast-growing company, A5 struggled to raise the $135 million asking price. Hi Capital lent them $95 million and helped them structure the deal to sell much of Mospharm’s valuable real estate that came as part of the package.

“We closed the deal to take over Mospharm and on the same day sold the real estate,”  Mr. Yashunsky says. “The beneficial owners of A5 bought back the equity kicker from us as well, and the total return on investment for that deal was 45 percent.”