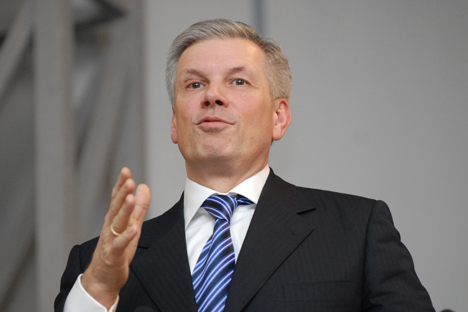 Russia reduced meat import from Mexico and Canada from April 8 because it can contains the growth stimulant ractopamine. Only enterprises that have been inspected by Russian experts will be able to supply products.

Early April saw further developments in connection with Russia’s import ban on U.S. meat raised with the growth stimulant ractopamine. Moscow was forced to greatly reduce meat imports from Mexico and Canada, as some of the raw materials received by local enterprises there came from U.S. farmers.

Sergey Dankvert, the head of Rosselkhoznadzor – Russian Federal Service for Veterinary and Phytosanitary Surveillance – announced on April 8 that there were to be new temporary restrictions on meat imports.

This was due to concerns that U.S. meat containing ractopamine, which is used to stimulate muscle growth in animals and banned throughout the Customs Union, would enter Russia via Canada and Mexico.

Russian and U.S. veterinary services are still at a deadlock over this issue. As a result, of the 88 Canadian suppliers of pork, only 15 will now be able to import products to Russia, while the import of beef will be restricted to just 10 out of 64 beef suppliers.

The number of suppliers of meat and meat products will be reduced five-fold, down to six enterprises. Only enterprises that have been inspected by Russian specialists will be able to supply products.

Russia had previously introduced meat import restrictions on four Canadian enterprises, while the products of seven others were subjected to more rigorous monitoring.

"The last straw was the discovery of ractopamine in the products of the enterprise Multi-portions Inc., which is engaged in pork cutting," said Dankvert.

Russian veterinary authorities have reported a similar situation in Mexico as well. Despite the fact that Mexican officials deny that their meat could contain any ractopamine, Russian experts discovered its equivalent.

In addition, it emerged that Mexican enterprises have been processing livestock from the United States, including products to be exported to Russia.

The decision of Russian authorities could hit Mexico hard, since Russia is the second largest export market for Mexican meat after the United States.

Russia accounted for 20 percent of exports, which was worth an estimated $156 million to Mexican producers.

Russia, on the other hand, will not be greatly affected by the loss of Mexican meat imports.

Mexico accounts for less than 5 percent of beef imports, which, according to executive director of the National Union of Meat Processors of Russia, Vasily Proshchenkov, amounted to just over 600,000 tons.

The main suppliers of beef to Russia are Brazil (about 250,000 tons), Paraguay (73,000 tons) and Uruguay (67,000 tons). These are the producers likely to benefit from the ban on the import of beef from North America to Russia.

The continuing saga over ractopamine began in December 2012, when Russia demanded that the United States confirm that their meat is free of the growth stimulant.

The U.S. government took no steps to meet these demands, and Russia closed its market. Incidentally, China introduced a similar ban at some point.

Prior to this ban, Russia was the United States’ sixth largest beef export market. According to the U.S. Meat Export Federation, the loss of the Russian market will cost U.S. suppliers of beef and pork around $800 million.

Mexico and Canada are suffering because, technically, it is almost impossible to prevent meat from being contaminated with ractopamine residue during the processing of U.S. raw materials in meat processing plants.

"Rosselkhoznadzor gave advance warning regarding the rules and requirements of both the Customs Union and Russia. Statements to the effect that ractopamine is not used in Mexico (although it is not prohibited) fall short of what is required.

Food safety compliance needed to actually be confirmed during the tests carried out by our side – particularly since the slaughtering and processing of both U.S. cattle and horse meat were discovered during the tests in Mexico," Proshchenko told RBTH.

If the import ban on beef will benefit producers in South America, those set to benefit most from the ban on pork will predominantly be domestic producers in Russia.

Canada is one of the key players in this market, and its products account for around a quarter of all pork imports to Russia. Domestic producers, who have increased production of this commodity in recent years, look set to gain from the loss of this competitor.

The Russian market has been oversaturated since the latter half of the year, resulting in a prolonged drop in prices. Prices continue to fall in the current year, according to industry portal Meatinfo.ru.

This is despite the fact that, in addition to restrictions on products from the United States, temporary restrictions also came into effect in late March on meat from Spain and the Netherlands.

According to the official version, these were introduced because the Spanish and Dutch veterinary authorities had failed to take the necessary measures to ensure food safety.

Russian manufacturers are now significantly increasing their meat production capacity, hoping that the restrictions on meat supplies will remain in place for quite some time, said Investkafe analyst Daria Pichugina.

"If not now, then some time in the next 2-3 years, Russia will be able to meet a substantial proportion of domestic demand for meat," she told RBTH.

Incidentally, this ban will also benefit Europe: a large amount of meat and processed meat products come to Russia from the Old World countries of Poland, Lithuania and Belarus.

It is difficult to predict when the ban on Mexican and Canadian meat may be lifted. Rosselkhoznadzor has so far only proposed carrying out the next inspection in May 2013.

Even if the new test is positive for the Canadian and Mexican producers, sanctions will only be lifted several months later.